Six fires in Galicia have not yet been extinguished and the one in Laza is still active with 2,100 hectares burned 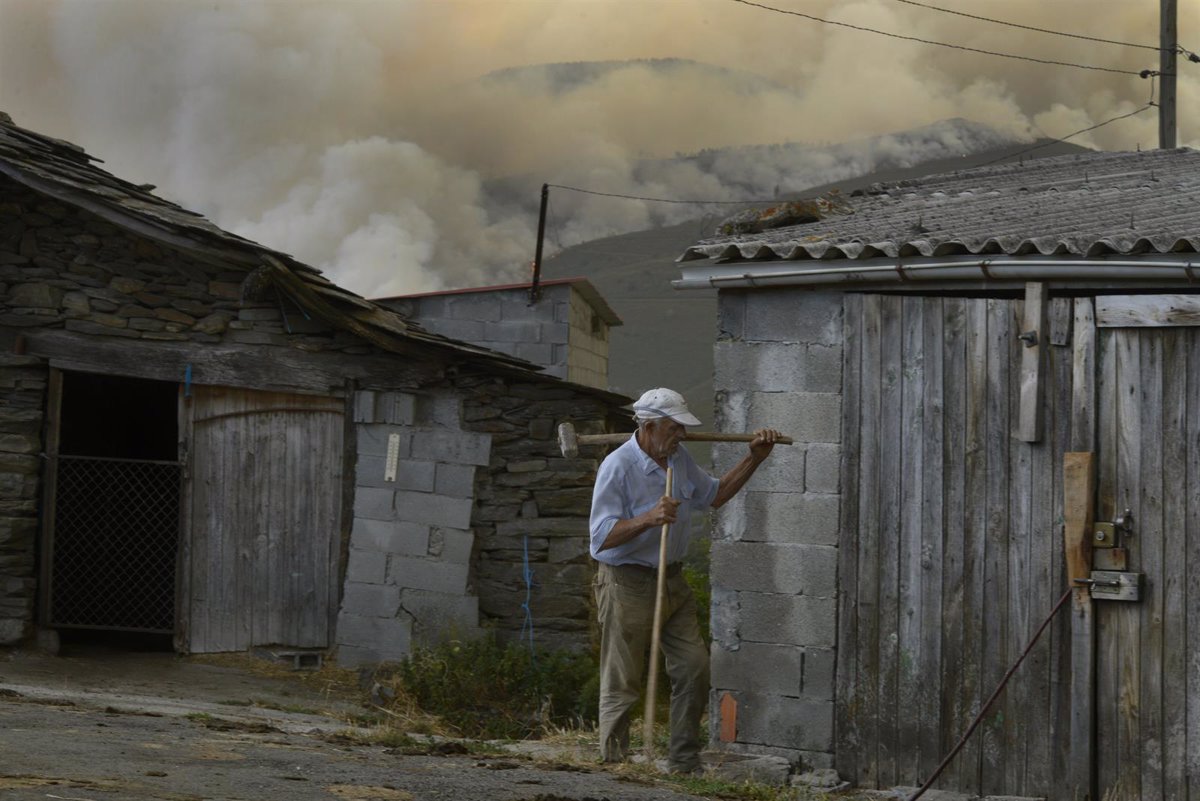 The Xunta considers a fire in San Xoán de Río extinguished, burning 8.2 hectares and controlling those in A Gudiña and O Irixo

Firefighting agents are working to extinguish the six fires currently active, stabilized or controlled in Galicia. The only one still active is that of the municipality of Ourense in Laza, resulting from the union of the fires of this municipality and Chandrexa de Queixa, which according to the latest preliminary estimates have already burned about 2,100 hectares.

However, the Ministry of Rural Affairs has assured that this fire is already “virtually perimeter” and is also “moving favorably towards its stabilization”.

So far, two technicians, 59 agents, 119 brigades, 59 motor pumps, three shovels, a tractor, 12 airplanes and 14 helicopters have worked at the site.

On the other hand, at 11:47 p.m., the Xunta has considered the fire that broke out late Saturday afternoon in the parish of Torbeo, in the town hall of Ribas de Sil in Lugo, as stabilized, which according to the latest preliminary measurements has burned more than 20 hectares.

Likewise, in the province of Ourense, the Casaio fires in Carballeda de Valdeorras, which burned around 440 hectares, remain under control; that of Astureses in Boborás, where about 120 hectares burned; and from 11:29 p.m. this Saturday that of San Cosmede de Cusanca in O Irixo, where about 680 hectares have burned.

With the data offered by the Ministry in the last part with information collected up to 08:30 this Sunday, an active fire in Vilardá, parish of San Xoán de Río (Ourense), was also extinguished at 14:09). This fire eventually burned about 8.2 hectares: eight flatlands and 0.2 hectares.

In addition, the fire in Boiro, in the region of O Barbanza (A Coruña), was considered extinguished around 20:00 this Friday, more than a week after it started in the municipality of Cures. The hectares devastated by this forest fire amount to 2,200 hectares, of which 607 were forested mountains and the remaining 1,593 were bare.

The Boiro fire, which is the largest of the fires recorded in the community so far in August in terms of the affected area – although closely followed by the Laza fire – caused the activation of proximity alarms on houses, evictions and affected another town in the region, A Pobra.

Among those wiped out in August to which Boiro was added this Friday are those of Verín (600 hectares), Caldas de Reis (450 hectares), Ponte Caldelas (380 hectares), A Mezquita (224 hectares) and Maceda ( 120 hectares) as the next largest.

Another of the most significant extinctions was that of the municipality of Monfero (A Coruña), parish of Queixeiro, since it endangered the Fragas do Eume Natural Reserve, although it was wiped out after burning only 0.01 hectares of wooded forest. . Also in Vilariño de Conso, 0.21 hectares burned, which affected the Parque Natural do Invernadeiro.

The list of those already extinguished in August is completed with: As Pontes (two fires of 109 and 60 hectares), Arbo (82 hectares), Calvos de Randín (50 hectares), Ponteareas (15.6 hectares), Ames (6 hectares) and Vilariño de Conso (0.21 hectares).

All this after a second half of July in which about 34,000 hectares burned in Galicia, with the fires of O Courel (11,100 hectares) and Valdeorras (10,500) being the largest in the history of the Galician community.

Previous articleCarreño will be aiming for his first Masters 1,000 against Hurkacz
Next articleXiaomi Watch S1 Pro: We wish Samsung had this feature