Six and a half years in prison for IS returnees 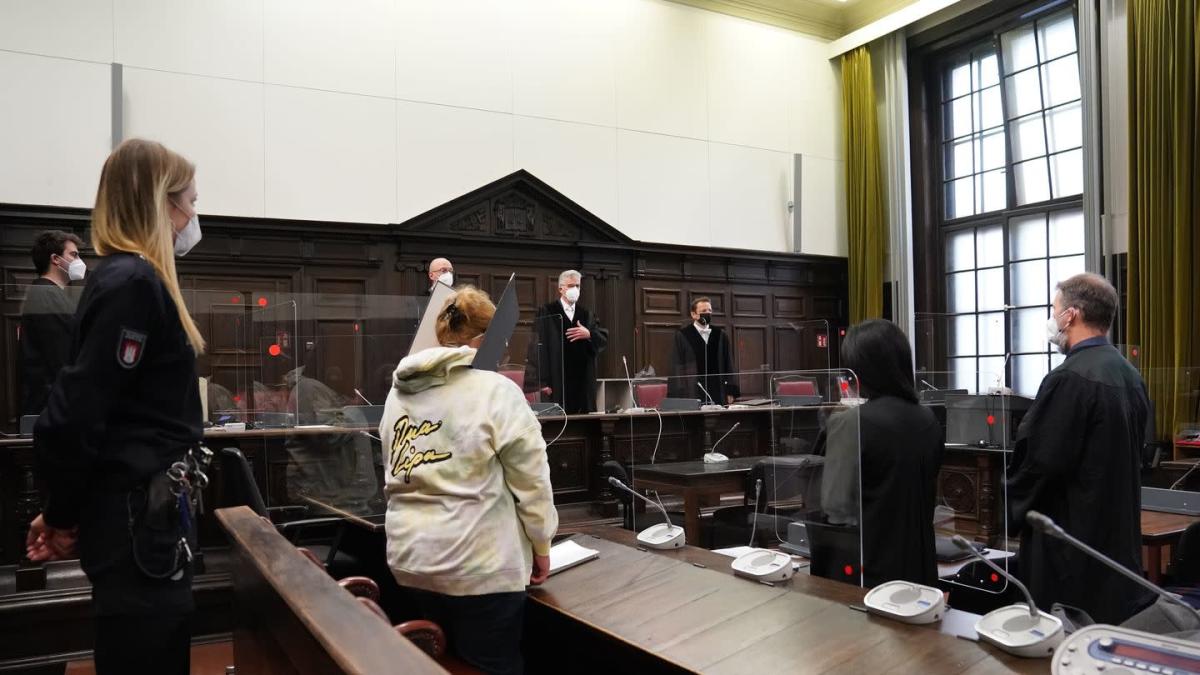 Hamburg (dpa) – The crimes of the Islamic State (IS) have long been known when a woman from Bad Oldesloe traveled with her 14-year-old son to the territory of the terrorist militia in Syria in the summer of 2016.

The German shares the Islamist views of her husband, who is ten years older than her and has already joined the Islamic State. The mother allows her son to be trained as a fighter. In February 2018 she died in a bomb attack. On Thursday, the State Protection Senate of the Hanseatic Higher Regional Court in Hamburg sentenced the woman to six and a half years in prison for membership of a terrorist organization abroad, war crimes, violation of the duty of care and education, and manslaughter. negligent.

At the age of 15, the defendant met her husband from the Palestinian territories and they married him after having a child together, as the presiding judge, Norbert Sakuth, explained. The family’s sandwich shop in Bad Oldesloe in Schleswig-Holstein went bankrupt in 2013. After that, the man became radicalized. In Ramadan 2015, as always during the fasting month, he moved to a mosque in Lübeck. A short time later he traveled to IS in Syria. His wife was desperate and she wanted to follow him.

Although the Office for the Protection of the Constitution tried to stop her, she sold the furniture and the car and applied for a passport for her youngest son, who was born in 2002, using a forged signature of her husband. One day before her 14th birthday, she flew to Turkey with him.

Judge Sakuth said the boy was looking forward to seeing his father again and did not understand the implications of the decision. The mother, on the other hand, was quite aware that the young people would be integrated into combat groups by the IS. However, she shared the radical Islamic ideology of the terrorist organization. She justified the November 2015 attacks in Paris, in which Islamists shot 130 people, her sister. For killing infidels, the murderers would go to heaven.

With the help of smugglers, the mother and son made it to Idlib province in northwestern Syria. The Islamist Jund al-Aqsa militia recruited the boy and took the accused to a “women’s shelter”, according to Sakuth. The 14-year-old received weapons training and was deployed to militia checkpoints, among other places. He survived the helicopter attack and capture. He once narrowly escaped an attack.

It was only in December 2016 that the accused was able to travel to the IS stronghold in Raqqa and meet her husband. The son followed in 2017 and immediately began a new ideological and military training with IS. By handing over the child to the terrorist militia, the defendant committed a war crime under the International Criminal Code, Sakuth explained.

His eldest son was also released in Germany at the same time. The mother had asked him to also travel to Syria and to bring as much money as possible. But she didn’t come to that. The young man wanted to take a plane to Greece without a passport, but he had health problems before he took off the plane.

In Raqqa, the accused ran the household of her husband, who worked as an official for the Islamic State. When IS came under military pressure, the family fled with the terrorist militia towards the Iraqi border. The boy was killed in a bomb attack in a town on the banks of the Euphrates on February 23, 2018. Her mother then spoke of the death of a martyr and said that this was her son’s dream.

The defense had stated that the accused wanted to console himself. He wanted to believe that his son was now in a better place, but the State Protection Senate saw it differently. After two years in a Kurdish prison camp and a year in German custody, the defendant has not yet distanced herself from Islam. “She denies ever having been a radical,” the judge said. The 44-year-old court attenuated that she suffered for the death of her son and that she admitted to negligent homicide. The defendant accepted the verdict without any discernible emotion.