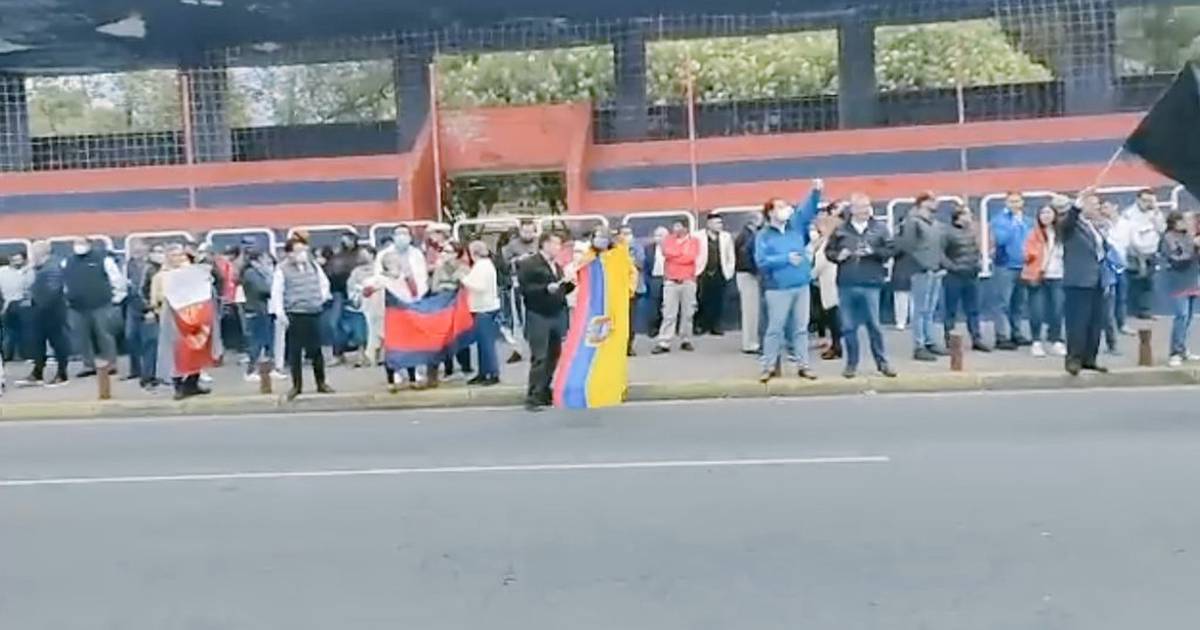 Quito became the epicenter of mobilizations and incidents with National Police. In the capital, hundreds of people demonstrated against the government’s measures on health, fuel, jobs and security.

More than anything, the shortcomings of past points have compelled social groups to ask the president Guillaume Lasso immediate actions. Through social protests, they paralyzed automobile traffic and provoked excesses in public goods.

For its part, this Friday, June 17 a group of people gathered at the podium of the Shyris to protest against these mobilizations which have “damaged” to the capital.

In the footage, you can see how citizens carry Ecuadorian flags and take up much of the sidewalk while vehicles driving along the avenue honk their horns in support.

The main chants are against the president of CONAIE, Leonidas Iza, and claim that the city needs peace and work.

The first four days of protests in Ecuador against the government over the cost of living called by the indigenous movement have prevented the country’s productive sectors from entering $50 million in sales, according to an executive estimate.

Ministry of Production, Foreign Trade, Investments and Fisheries of Ecuador It also warned in a statement that exports were being affected by road closures, “putting at risk non-oil exports, which have seen sustained growth of more than 30% last year.”

Loss estimates for tourism start from a low of $2 million per day“a value that could be even higher when assessing the international impact of unemployment”.

According to a survey carried out in the tourism sector, 79% of hotel reservations “would have been canceled”, while 9 out of 10 establishments are already reporting reduction levels that reach, in some cases, less than 80% of the competition usual at its tourist establishments, due to the situation of the protests.

The Ministry of Production also reported that several commercial establishments have suspended their activities for fear of acts of vandalism and the difficulty of transporting goods.

Similarly, businesses in industrial sectors, such as flower growers, and exporters have reported threats and attempted forced entry by protesters.

The mobilizations have also affected oil production, as several wells and facilities in the Ecuadorian Amazon have been taken over by groups of protesters to force the extraction of crude oil to a halt.