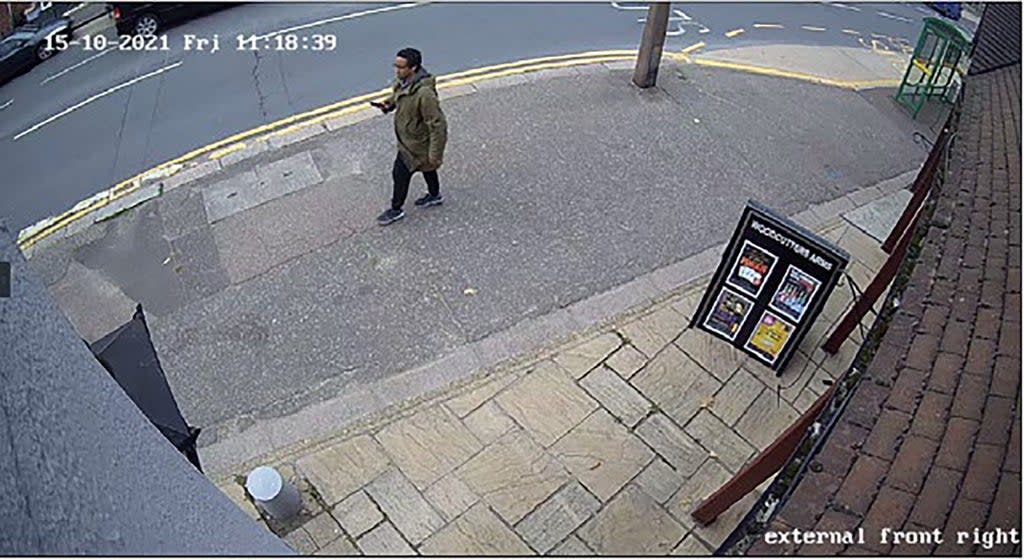 A suspected terrorist looked “satisfied” as if he had “achieved something” after stabbing MP Sir David Amess to death on an election date, eyewitnesses at a murder trial have said.

Two members of the public who rushed to the rescue said Ali appeared in the doorway between them and the victim face down, clutching his bloody knife and warning them to stay away, the Old Bailey trial was heard Wednesday.

In a video interview with police four hours after the stabbing, witness Yvonne Eaves told police: “He [Ali] he knew what he had done, he had accomplished something, like, ‘I have done it.’

Sir David, an MP since 1983, suffered more than 20 stab wounds during the frenzied attack shortly after noon on October 15, 2021, and was pronounced dead at the scene.

Her Westminster assistant, Rebecca Hayton, described to police how Ali kept playing on her phone during the appointment, at which she was present, trying to talk about foreign policy despite attempts by Sir David, a father of five, guide you to local issues.

She said she then saw Ali stand up, say “sorry”, pull a knife from her clothes and stab Sir David.

In her video interview with police, played for jurors, the junior staff member wept as she said, “He [Ali] leans over and stabs him directly in the stomach.

“I think he stabbed him again.

“I could see David screaming.”

Ms Hayton said Ali had been “smiling” during the meeting with Sir David, adding: “He seemed relaxed and pleasant.”

Giving evidence from behind a screen at the Old Bailey, Ms Cushion, who made the first 999 call from the scene at 12:07pm, said she had had a “chat” with Ali when she arrived, before being led to the back room. to meet Sir David.

His voice cracking with emotion, he said, “A piercing scream was the first thing I heard.

“And then a very loud crash that I assumed was furniture falling.

“I got up and walked, I assumed that something structurally had happened.

“Rebecca came running up to me screaming that Sir David had been stabbed, he was on the ground.

“At that point I reached for my phone to call for help.”

When asked what Ali looked like, Ms Cushion said: “Self-satisfied, I’d describe it.”

Mrs Hayton said she ran out to raise the alarm and returned to the church with two members of the public, Mrs Eaves and her partner Darren King.

King recalled coming face to face with the suspect.

He told police in a video interview shown to the jury: “I could see David in the corner, he was slumped on the ground.

He said he then overheard a woman on the phone with Ali, whom he believed to be the suspect’s sister, talking about Iraq and Syria.

King said he tried to keep an eye on Sir David to see if he was moving, while remaining focused on the armed suspect.

He added: “You want to know if you can beat him or not, I weighed his build, my build; he had a knife, I didn’t.

Ali had managed to arrange an appointment with Sir David by tricking his office into thinking he was a health worker moving to the area and wishing to discuss local matters.

Ms Cushion, who described Sir David as a “close friend”, said meetings had traditionally been held in her constituency office where there was some security, but decided to have surgeries elsewhere locally after that coronavirus restrictions were lifted. because she “wanted to be accessible to her constituents.”

The court heard that Ali had a “distorted” ideology and sought “revenge” for Britain’s recent foreign policy, in particular the bombing campaign in Syria in the mid-2010s, allegedly telling bystanders at the scene: “I want him dead.” I want all parliamentary ministers [sic] who signed up for the bombing of Syria who agreed to die in the Iraq war.