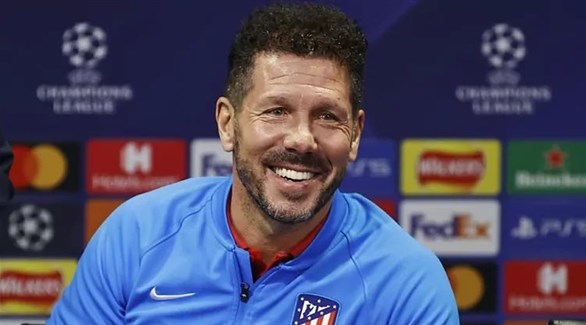 Atlético de Madrid coach Diego Simeone wants his team to play hard and fierce against Manchester United at Old Trafford, in the second leg of matchday 16 of the European Champions League, today Tuesday, and qualify for the quarterfinals.

Atlético created several chances in the first leg last month but drew 1-1 in Madrid after United scored with their only shot on target.

Simeone said at a press conference: “It will be a strong game in a wonderful stadium. We will have to find the best way to deal with them depending on how the game develops. In a game like this, the strategy can change.”

He added: “He has to play and dominate the game, play fiercely and push hard, which we are good at.”

Manchester United hope that Cristiano Ronaldo can repeat his performance, when he scored three goals in the victory over Tottenham Hotspur in the English Premier League, while Simeone relied on the young Portuguese striker Joao Félix, who has scored five goals in his last five matches in all competitions.

The Argentine coach said about Félix: “He is playing wonderfully, with fun and enthusiasm. Félix is ​​very important as a player, but the most important thing is what he does for the team, he has what our team needs.”

Simeone’s side have previous experience of beating English clubs, having beaten Liverpool and Chelsea, but the Argentine coach insists these victories will not affect tomorrow’s game.

He added: “Every game is different from the other, we really played and beat English clubs at home in the past, but we realize the strength and importance of the opposing team in front of their fans and the atmosphere of their stadium.” .