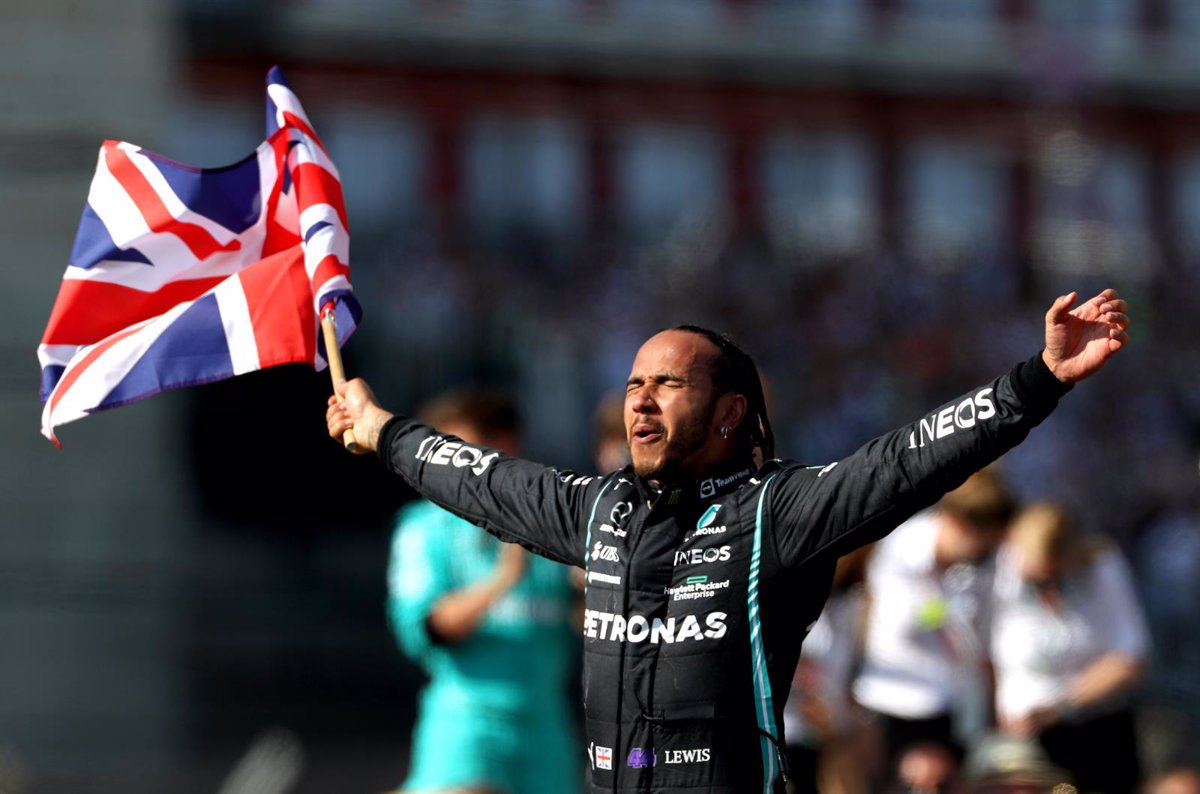 The British Grand Prix, the tenth round of the Formula One World Championship, comes this week with much to learn if solid leader Dutchman Max Verstappen (Red Bull) allows it, with a desire to be driven by a Lewis Hamilton (Mercedes ) protagonist without wanting to this week and combining the good performances of the Spaniards Carlos Sainz (Ferrari) and Fernando Alonso (Alpine).

A year later, the ‘Great Circus’ is once again the great embarrassment of racism, this time due to leaked comments by Nelson Piquet calling Hamilton ‘black’. A year ago, after the Englishman’s comeback to win the Grand Prix and a collision with Verstappen that cost the Red Bull man the race, the Mercedes man was attacked in the same vein on social media.

The sporting tension is different this season as the Dutchman has a comfortable income at the top of the table to defend the title he took from the Brits at the last breath. Verstappen has five wins in the last six races, the other being for his team-mate Sergio Pérez, and he is the standout leader with 175 points for the Mexican’s 129, second and a ‘0’ last Sunday.

The reigning champion arrived from Canada two weeks ago and will be looking to continue the winning streak at Silverstone, where he has never won. The hunt for the Red Bulls is led by Ferrari, but Mercedes can still intervene in the fray. For the Scuderia, the total turnaround that the course has taken must already be assumed, while trusting that Charles Leclerc (126) will get out of the curse of bad luck.

Meanwhile, after his third retirement of the season in Baku, Carlos Sainz saw his luck change at Gilles Villeneuve and fought for the win until the end. The Madrid man was less than a second behind Verstappen but he enjoyed a Sunday of good performances and results a long time later, restarting (102 points) to claim the World Cup podium. Silverstone has a history and it’s not the best for a Sainz who will try to change it to red.

Hamilton is playing at home, another self-esteem driver who came out of Canada third and despite rants about his car, may still have something in store for the second half of the championship. The Silver Arrows were not adapted to an F1 that was beginning to innovate with the sprint format at the English circuit.

Sprint qualifying and a series of penalties didn’t stop Hamilton from winning for the eighth time at Silverstone, which will return to the traditional program this year. The seven-time world champion is hoping to have his Mercedes battle-ready with the encouragement of nearly 200,000 fans and the fury of abject racism.

Fernando Alonso, two-time champion at the English circuit, returns to the Spaniards and comes from across the pond with a bittersweet taste for an Alpine who isn’t entirely reliable when it comes to scoring points. The Asturian shone on Saturday from second on the grid but “miraculously” finished seventh, although he is once again hoping to ally himself with the English rain.

–SCHEDULE OF THE BRITAIN GRAND PRIX.