Silence reigns around the house in Kabul where Al Zawahiri died: “Get out of here and stop investigating” 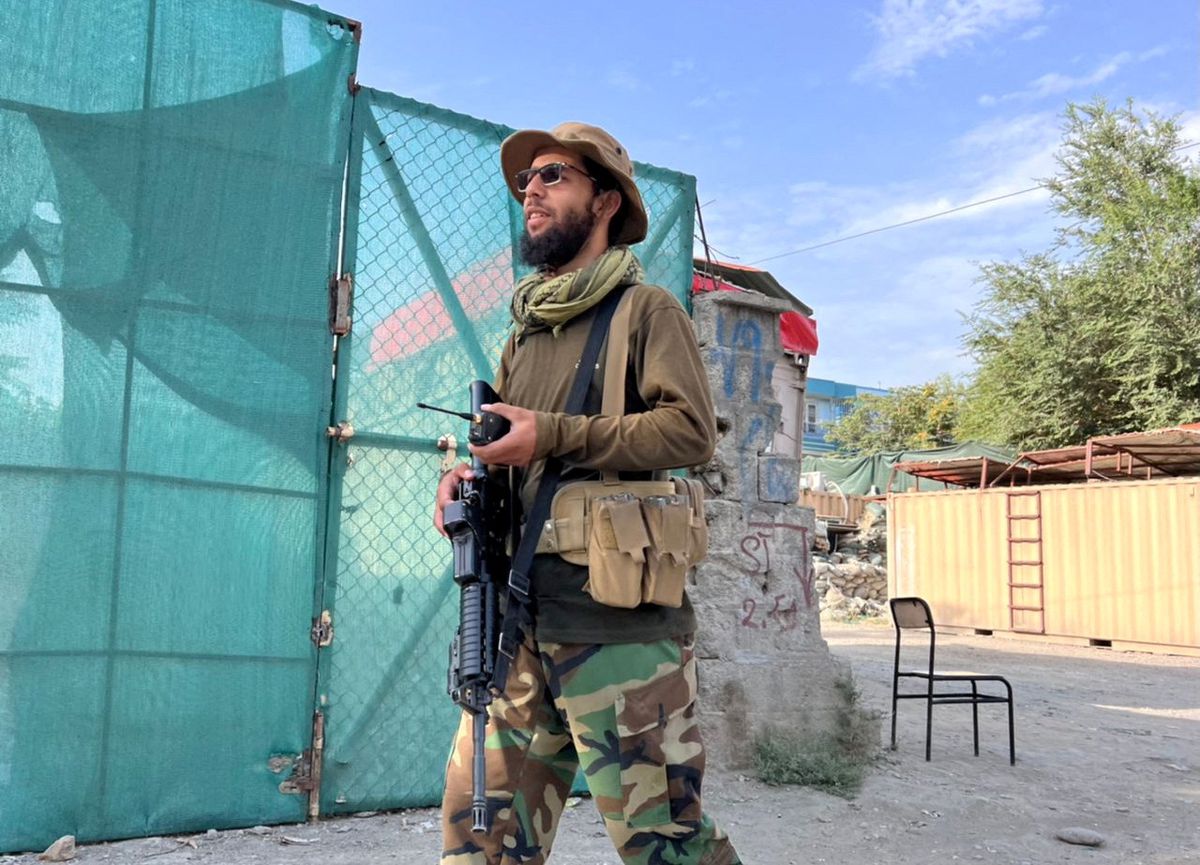 Could the leader of Al Qaeda, one of the world’s most wanted terrorists, be living in the Taliban Emirate in the heart of Kabul without the consent of his allies? The question floated rhetorically in Kabul early Tuesday morning. Tensions surrounding the Sherpur building, an affluent neighborhood of the Afghan capital where the United States claims to have killed Ayman Al Zawahiri, the 2011 successor to Osama Bin Laden at the helm of al Qaeda, with a drone this Sunday. Gunmen in military uniforms threaten reporters near the scene of the crime at Ghazanfer Bank headquarters. But there is no major security deployment. “Get out of here and stop investigating!” minutes later, a plainclothes man with a walki-talkie on a nearby street demands while trying to clear the metal gate that gives access to the property which it is said to be house attacked.

This is not just any Monday in Kabul. Everyone is talking about the terrorist’s death, but hardly anyone dares to speak in front of a reporter. And less strange. Early in the morning, before shops opened and traffic increased, a group of men with some journalists crowded in front of a walled complex of houses. It is the point that was bombed on Sunday, the place where no one lived, according to local media. It is one of the few things commented on by a young man named Noor Ahmad, originally from Kandahar Province but now working in Kabul. Other men, like him, pace the room but remain silent. Moments later, the man with the walki-talkie arrives, ending the scrum.

The authorities of the Islamic Emirate of Afghanistan, as the Taliban call the country, have condemned the attack without naming victims – the alleged death of Al Zawahiri is not mentioned – or specific targets. Of course, according to Washington, the drone bombing represents a “blatant violation of international principles and the Doha Agreement,” Taliban spokesman Zabihullah Mujahid said in a statement released on Tuesday night via his Twitter -Account in the social network. And he insists on the same text: Sunday’s action confirms the “repeat of the failed experience of the last 20 years,” he emphasizes in relation to the presence of international troops led by the United States in Afghanistan from 2001 to 2021.

The agreement, referred to by Mujahid and signed in January 2020 in the capital of Qatar between the government chaired by US President Donald Trump and the Taliban, states, among other things, that Afghanistan will not be a base for terrorists who the country threaten United States. joined. For its part, Washington is implying that it is the Taliban who are breaching this agreement by harboring Al Zawahiri.

This signing in Doha should pave the way to peace with the end of the two-decade presence of international troops in Afghanistan, a country still mired in violence and underdevelopment. But everything came to a head a year ago, when the Taliban began to take power in the face of the passivity of local troops and the utter confusion of the US army. Like dominoes, the 34 Afghan provinces fell without much fighting, and on Sunday, August 15, 2021, the bearded rebels and the Kalashnikovs took Kabul and established what is now the Emirate.

Several Afghan media reported explosions in the Sherpur district on Sunday. Also the movement of ambulances. Images of black smoke circulated across the capital’s skies. It was, they said, a building that stood empty. Nothing out of the ordinary in a city of around four million people used to violence of all kinds since the country went to war against Russian invasion more than four decades ago. But no one suspected that the target was no more and no less than the head of Al Qaeda, the successor to Osama Bin Laden, whom the US killed in Pakistan in May 2011. Al Zawahiri, an Egyptian accused of planning the September 11, 2001 attacks on the United States, was one of the world’s most wanted terrorists. He had a $25 million reward on his shoulders.

Afghanistan continues to bear the heavy burden of the support offered by the Taliban to Osama Bin Laden, leader of Al Qaeda and the primary target of the September 11 attacks. With the death of Al Zawahiri, Washington remembers him without a shred of forgetfulness. Their troops are no longer entering Afghanistan, but in one way or another they are still in Afghanistan. This tight surveillance does not prevent that at the same time as he left a year ago, they left the country almost isolated internationally, still anchored in war and poverty and under a cruel dictatorship.

Previous articleFinally lifting a pirate’s treasure? Aldi’s cheap metal detector is good for that
Next articleGood deal of the day: Oral-B electric toothbrush at 28 instead of 60 euros