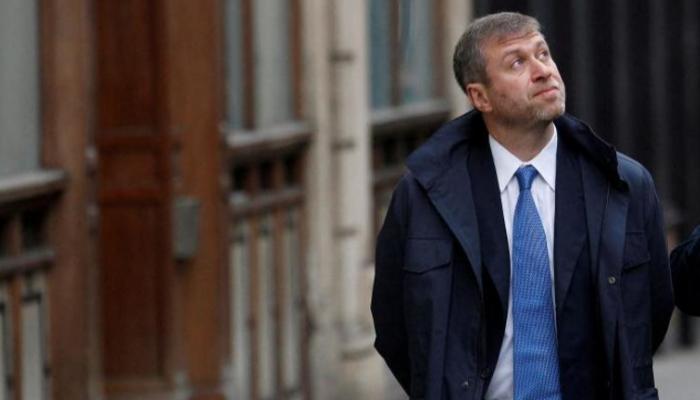 Amid the blockade of 100 planes linked to the Russian airline “Aeroflot”, the plane of the owner of the Chelsea club suffers the same fate.

According to international media, most of these planes are Boeing, but one of them is a private plane belonging to the “Gulf Stream” company, owned by Russian billionaire Roman Abramovich, a close friend of the Russian president.

The US Commerce Department said the planes are subject to sanctions imposed on Russia over the invasion of Ukraine.

The sanctions mean that any company or entity that provides maintenance services, or any other service to these aircraft, may be subject to large fines.

Abramovich was included in the list of 7 wealthy personalities, who were included in the sanctions adopted by Western countries, including Great Britain, for his relationship with Russian President Vladimir Putin after the invasion of Ukraine.

Abramovich, 55, is among the personalities who have close ties to Putin, but he regularly denies this.

The US Department of Commerce said in a statement that fueling these aircraft or providing them with any other service, including maintenance or spare parts, constitutes a sanctions violation.

US Commerce Secretary Gina Raimundo said the sanctions were in response to the “Russian military operation in Ukraine.”

“We have published a list of the names of the planes, so that the whole world knows that we will not allow Russian, Belarusian and oligarchic companies to travel freely, violating sanctions,” he added.

The ministry stressed that those who violate the sanctions may be subject to “prolonged imprisonment, fines, loss of privileges under the export law or other sanctions.”

The sanctions include any aircraft whose components contain more than 25% US components, and were re-exported to Russia, after the sanctions took effect on the 24th of last month.

The statement emphasized that “by preventing these aircraft from receiving any services, including from third parties, or operating international flights from Russia, these aircraft will not be able to fly.”

Don Greaves, the US deputy secretary of commerce, indicated that the US administration wanted these sanctions to confirm the extent of Russia’s isolation in relation to the global economy.

The United States, Canada and European allies have imposed sanctions on Russian airlines, which are no longer allowed to fly over European airspace, forcing them to stop most of their international flights.

The war in Ukraine continues to cast a shadow over Russian billionaire Roman Abramovich, in light of the harsh Western sanctions that have been imposed on him.

After his wealth was full of hearing and sight, and he could do as he pleased, this billionaire was no longer able to pay his rent.

According to the “Daily Star” newspaper, the Russian billionaire cannot pay the rent on his palace, which is 10,000 pounds for Queen Elizabeth.

The newspaper noted that Abramovich must pay the Queen the rent of 10,000 pounds, which he owes her for the “Crown Estate” on which his enormous 15-room palace is built, whose value is estimated at 107 million pounds.

And the American newspaper, “The Wall Street Journal”, reported that rent arrears put Abramovich at additional risk of losing other large assets in the UK territory.

Abramovich’s London estate is within walking distance of Kensington Palace, home to Prince William, his wife Kate Middleton and their children.

Although the Russian billionaire owns the palace, he is likely to owe Britain’s Queen £10,000 a year, under a 125-year lease, because ownership of the land belongs to the Crown Estate.

And the “Daily Star” newspaper reported that the amount would rise to 160,000 pounds per year, at a later date.

While Abramovich’s enormous wealth had previously meant that rent was not an issue, the sanctions prevented the money from being accepted by the Russian “oligarch,” a class of wealthy businessmen and individuals close to the ruling power, in this case referring to those close to Putin. , a link that Abramovich denies.

If the sanctions remain in place and Abramovich is unable to pay the Queen, the Crown Estate can sue him and seize the property.