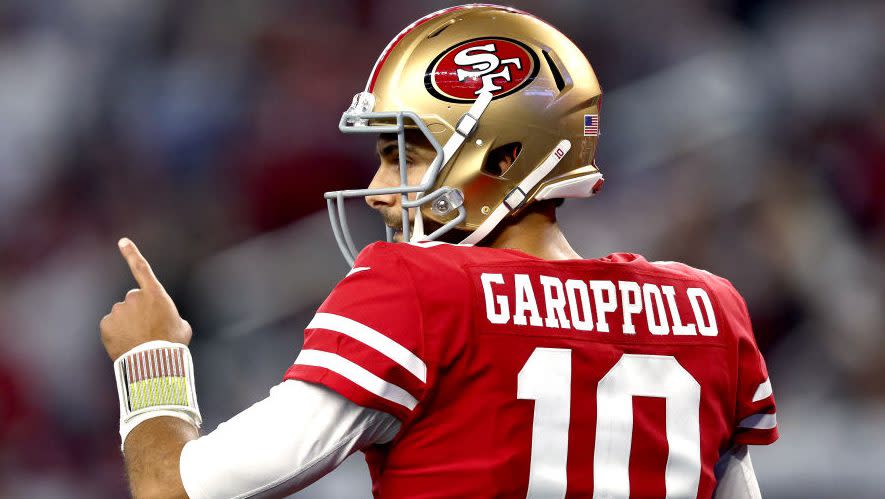 Earlier today, we looked at what the 49ers will do with quarterback Jimmy Garoppolo. And here’s the reaction to the article that ran: The 49ers will have a hard time trading Garoppolo.

The problem stems from the entire set of circumstances surrounding your situation. The biggest issue, as a league source explained on Saturday, is Garoppolo’s shoulder surgery earlier this month. No one will trade a quarterback with a $25 million compensation package after he had surgery to repair the labrum in his throwing shoulder, the source explained.

Add in the fact that Garoppolo underwent the surgery without consulting with the 49ers, and it makes every team that would otherwise be interested in Garoppolo very suspicious.

Unless Garoppolo is willing to make a new contract as part of a trade (and why would he be?), a trade doesn’t happen. The most likely outcome, the source predicted, is that the 49ers will have to cut him.

Since none of Garoppolo’s salary is guaranteed until the eve of Week One, the 49ers can wait. But they won’t get salary-cap relief without cutting him. And because he’s in the final year of his contract, cutting him would leave just $1.4 million in dead money, and instantly create more than $25 million in salary-cap space.