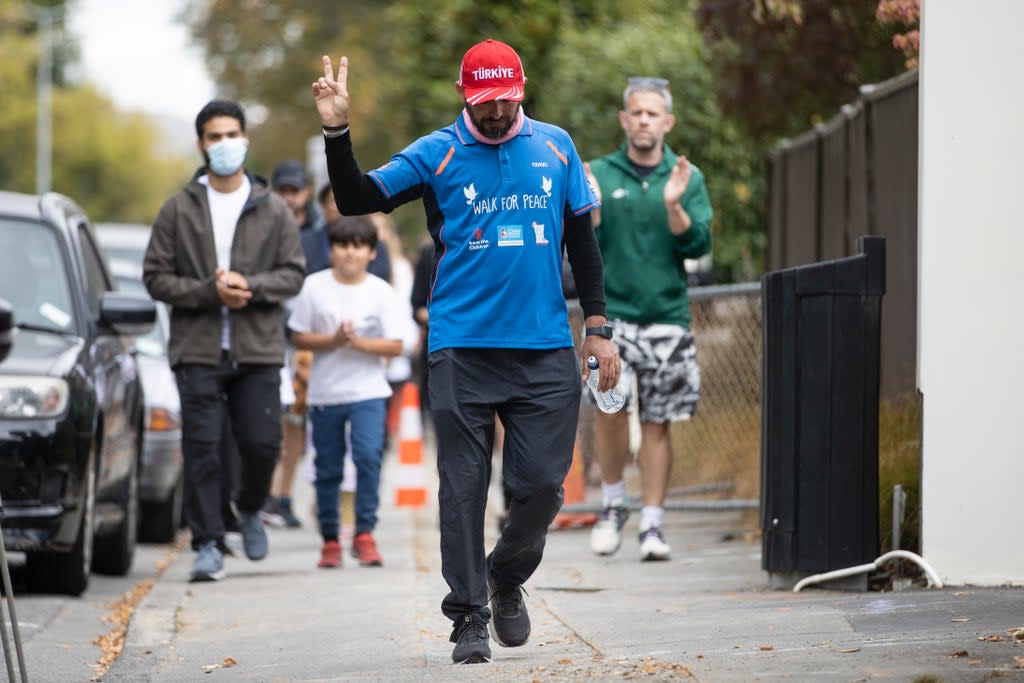 Lingering wounds from being shot nine times did not prevent Temel Atacocugu from completing a two-week walk and bike ride for peace on Tuesday, the third anniversary of the killing of 51 Muslim worshipers by a gunman.

Atacocugu set out to retrace the attacker’s 360-kilometre (224-mile) journey from Dunedin to the two Christchurch mosques where he carried out his attack.

“I wanted to repair this damage,” Atacocugu said. “Because three years ago, he started that journey with hate.”

Atacocugu, 47, said he wanted to bless the route and raise money for charity along the way.

He had intended to walk the entire distance, but about halfway there he developed severe blisters after the weather changed from hot one day to rainy the next. He too had a mysterious case of blood poisoning and ended up spending a couple of days in a local hospital.

“The best thing was meeting a lot of beautiful people and getting great support from them,” she said. “The lowest point was being in the emergency room. But I wasn’t going to give up. I got on the bike immediately after discharge.”

That helped him make up for lost time. On Tuesday, he was joined by about 50 supporters as he walked the final stretch to Al Noor Mosque, entering at 1:40 p.m., the exact time he was shot during Friday prayers in 2019.

“I made a speech, it was very emotional,” Atacocugu said. “I was so happy. It was such a relief to have completed my mission.”

During the attack, Atacocugu was shot in the mouth, left arm and both legs, and said he often felt pain from his injuries during his walk and ride. He said that he planned to recover with a good sleep and maybe a sauna and spa.

New Zealand Prime Minister Jacinda Ardern told lawmakers that in the aftermath of the attack, the Muslim community had shown courage, unity and determination.

“March 15 is a date in our collective national history when we learned about the worst and the best of humanity,” Ardern said.

Australian white supremacist Brenton Tarrant pleaded guilty in 2020 to 51 counts of murder, 40 counts of attempted murder, and one count of terrorism after carrying out the attacks. He was sentenced to life in prison without the possibility of parole.

“All of New Zealand is one,” Atacocugu said. “Terrorism is zero.”

Pumas and Montpellier, Barça’s rivals in the men’s and women’s Joan Gamper Trophy