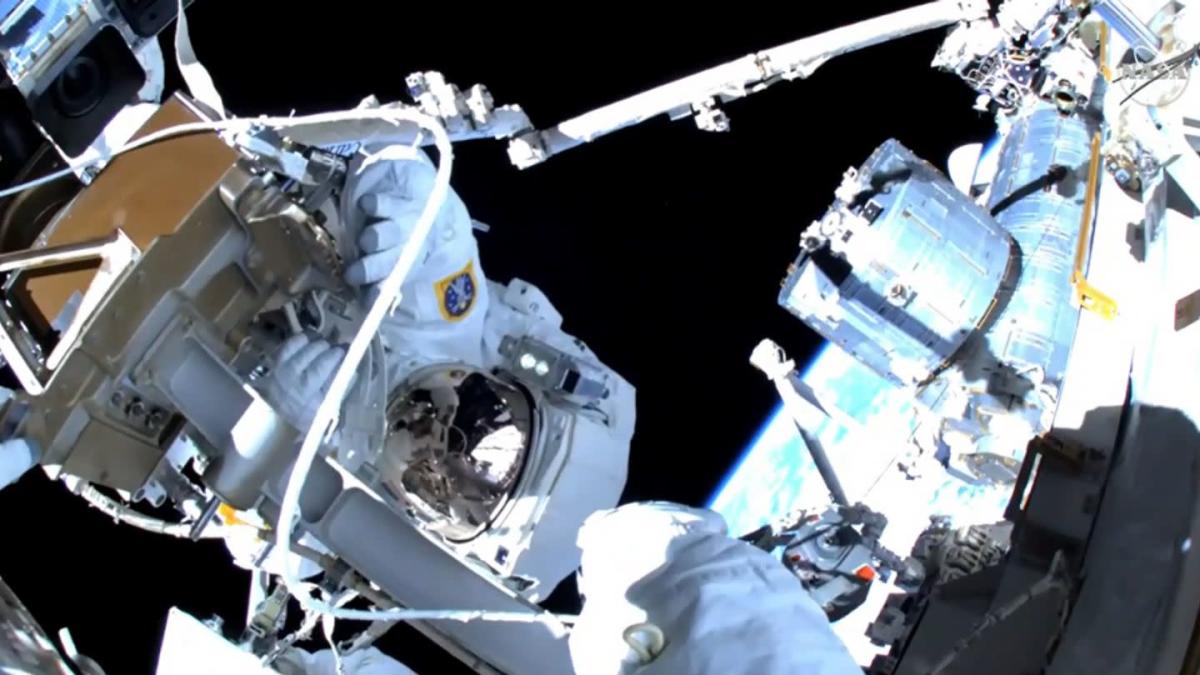 Cologne/Houston (dpa) – Astronaut Matthias Maurer was the fourth German in space history to leave the International Space Station ISS for a successful external mission, but he finally experienced a moment of shock.

When the Saarlander re-entered the ISS after 6 hours and 54 minutes in the open cosmos on Wednesday along with its American colleague Raja Chari, some water was discovered in its hull, the US space agency Nasa announced during its broadcast on alive. Maurer was “in good health” and “not in any danger,” NASA said. The incident must be investigated.

The incident brings back memories of Italian astronaut Luca Parmitano. When he was stationed on the ISS in 2013, so much water accumulated in his hull that he nearly drowned. According to NASA information, no water collected in the helmet of Maurer’s field service colleague, Chari, on Wednesday.

Small problems during use

Maurer had already had to deal with minor problems during the mission: first, a loose camera in his helmet, which was later temporarily fixed with wire, temporarily delayed the work. After that, he got entangled in his restraints, but was able to free himself with the help of the instructions from the control center.

However, Maurer and Chari had completed their most important tasks, according to NASA. The two astronauts set out to connect new hoses to a cooling system, replace a camera, and establish power and data connections at the “Bartolomeo” external European research platform. Some less urgent tasks were deferred for a future field assignment.

American astronauts Kayla Barron, Thomas Marshburn and Mark Vande Hei aboard the ISS helped Maurer and Chari re-enter and remove their space suits. After boarding, while still wearing his spacesuit, Maurer raised his arms a little gleefully. “We admire his tenacity and we thank him for his work,” said the control center at the end of the operation. Maurer and Chari thanked their colleagues for their support.

For the astronauts of the European space agency Esa, it was the first external mission some 400 kilometers above the earth. Beforehand, he had described it as the “great highlight” of his spaceflight. “Today is the day,” the ESA tweeted. It was Chari’s second field trip, the first having taken place a week before. Overall, it was the 248th spacewalk for maintenance work on the ISS and the third this year.

On November 11, Maurer flew with three colleagues from the US space agency Nasa on a US spacecraft to the ISS, where he will stay until the end of April. The 52-year-old is the 12th German in space and the fourth on the ISS. All three of his predecessors on the humanity outpost had also completed a field mission: Thomas Reiter (2006), Hans Schlegel (2008), and Alexander Gerst (2014).

During outdoor missions, astronauts experience extreme temperature differences of minus 150 degrees on the night side and more than 120 degrees on the day side of the ISS. Cooling and heating are in the suit. The oxygen supply in the oxygen tank at the back of the suit, connected to the life support system, will last between eight and ten hours. To ensure a lower pressure, astronauts must breathe pure oxygen for a period of time to remove nitrogen from the blood. Otherwise, the so-called diving sickness threatens.

Despite the lower pressure inside, Maurer’s US spacesuit is relatively stiff: astronauts always have to work against this resistance during external missions. Even gloves don’t make it any easier. The astronauts describe the fine motor movements required on the outer surface of the ISS as if you were fighting the resistance of a tennis ball. This makes the mission in the open cosmos even more exhausting.

The astronauts are attached to the ISS with ropes or a robotic arm. In addition, they carry the so-called most secure system in the free cosmos. These are small jets in the backpack that are powered by liquid nitrogen. This allows you to cover short distances when drifting in an emergency. Chari wore red stripes on her white spacesuit so the control center could distinguish between the two astronauts on screen. The German flag could also be seen on Maurer’s suit.

The field visit took place amid growing tensions between Russia and the West over the Ukraine war. On Wednesday, both the Russian space agency Roskosmos and NASA re-emphasized their willingness to continue working together on the ISS. “The professional cooperation between the astronauts and cosmonauts aboard the ISS and between the control centers in Houston and Moscow continues unchanged,” NASA chief Bill Nelson told a news conference. However, an originally planned field assignment in a Russian masonry spacesuit, for which he was trained, and work on the new Russian research module did not materialize.

On the video: Yellow and blue suits: Russian cosmonauts deny connection with Ukraine