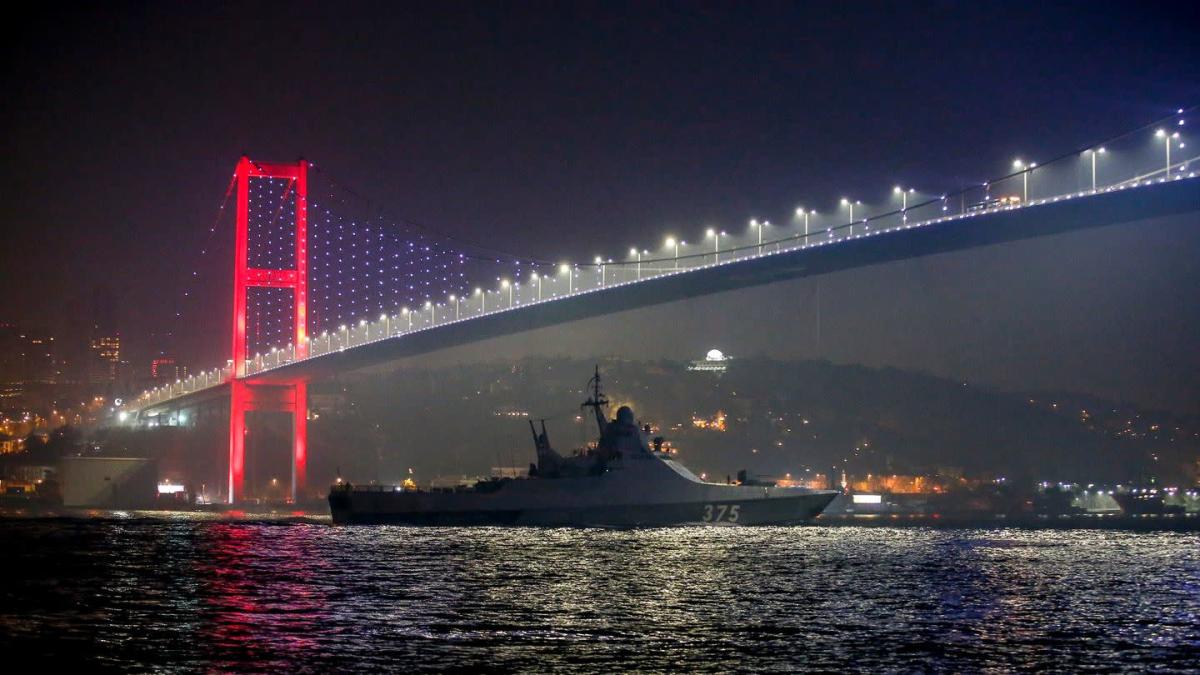 Istanbul (AP) — Turkish authorities have temporarily suspended shipping in the Bosphorus Strait after discovering a floating sea mine.

A team of divers has “deactivated” an old-style sea mine floating in the Bosphorus, Defense Minister Hulusi Akar said, according to the state-run Anadolu news agency. Traffic in the strait connecting the Black Sea and the Mediterranean was suspended on Saturday and resumed after about four hours, an official with the Coastal Safety Directorate told the German Press Agency. Ships were therefore required to stop at both entrances to the strait. Akar said on Sunday that the shipment was running smoothly again.

It was initially unclear whether the discovered mine was related to the war in Ukraine. Turkey is in contact with the Ukrainian and Russian sides on the matter, Akar said. The object will be examined. Last week, Moscow warned of drifting sea mines in the Black Sea.

Reports that a second mine has been discovered off the coast of the Bosphorus are false, security sources quoted by Anadolu said. The Agriculture Ministry on Saturday banned night fishing off Turkey’s northwestern Black Sea coast and entry into the Bosphorus for security reasons. The regulation applies until further notice, he said in a message on Twitter.

The Bosphorus and the Dardanelles are important waterways connecting the Black Sea and the Mediterranean. According to the Turkish authorities, more than 40,000 ships pass through the Bosphorus every year.

Meanwhile, Russia and Ukraine accuse each other of mining the Black Sea: the Russian internal secret service FSB had warned that the Ukrainian navy had mined the ports of Odessa, Ochakiv, Chornomorsk and Pivdenny. Some of the anchored sea mines may have dislodged during the storm. In the worst case, they could drift through the Turkish Strait into the Mediterranean. On the other hand, the Ukrainian portal BlackSeaNews, specialized in navigation, reported that the Russian Black Sea fleet placed the sea mines between Odessa and the Bosphorus. There was no independent confirmation of this.

Since the Russian attack on Ukraine on February 24, shipping in the northwestern part of the Black Sea has been forced to stop. There is little traffic off the coast of Romania and Bulgaria, members of the EU and NATO. In accordance with the Montreux Treaty, Turkey has also restricted the passage of warships from the warring parties through the Bosporus.