Shei García: “I’m young enough to get stuck and asked for help” 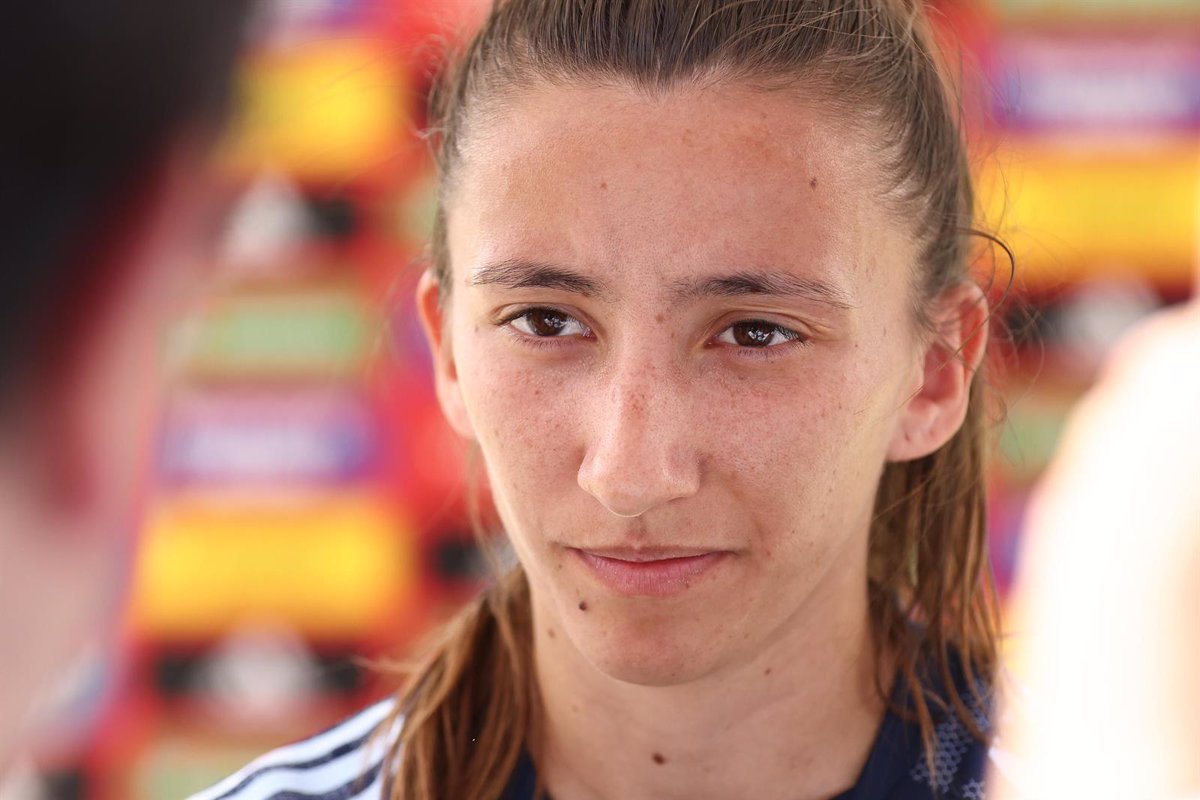 The player of the Spanish team and Atlético de Madrid Sheila García is very happy to be in the preliminary selection for the European Championship in England, although she confessed that in order to improve her performance she had to ask a psychologist for “help” for a moment of the season, in which she’s going through it, and after realizing she was “young enough” to be “stuck”.

“I’m going to give my 200 percent because at the start of the season I didn’t even think I would be here. It’s taken me a long time to adapt and to be here with the national team is a reward. If I don’t go, I’ll be another fan because it’s a great team and there’s a lot of competition, but I think I’m comfortable and I can give more,” ‘Shei’ García assured the media after the team’s training session this friday.

And “the turning point” in his season was when his coach at Atlético, Óscar Fernández, gave him “minutes”. “Before, I didn’t dare at all and wanted to leave Atlético because I want to play. From then on it was knowing that I could do it, believe in myself and give everything to be where I am now.” he said.

This experience helped him realize the need to be balanced “both emotionally and mentally”. “If it’s not right here (points to his head), the legs don’t respond. And that happened to me during a stage at Atlético, and I said ‘enough, I have to trust myself’, and I started flying .” he stressed.

So I don’t hesitate to go to the psychologist, even though his previous opinion told him it was “bad”. “I realized we needed the head and from there I started building my future. It was quite difficult for me to take the step, for me it was like saying you’re ‘bad at the head ‘ are what we think we are in this century, but it has helped me a lot to be where I am now,” he warned.

The improvement came when he began to “see the bad in the positive”. “That’s the most important thing, out of every bad there is something positive and that’s what gets us hooked and that’s what we throw away. All footballers have a bad time at certain times of the season and we need help,” noted he the Madrilenian.

“Neither my club, nor my family, my partner who helped me a lot to get where I am now,” he clarified when asked who he asked for advice about going to the psychologist. “I said go ahead. I want to build my future and I’m young enough to be stuck and I asked for help,” said the Red and White player.

On the other hand, “Shei” García admitted that her versatility could help her gain a foothold in the finals. “It’s true that I started at Atlético as a winger, but the coach saw that I still had a long way to go. He put me aside. I did quite well and that got me into the national team, where Jorge (Vilda) puts me, I’ll be fine and I’ll do my part,” he explained.

“The level of the EURO is very high, it’s not that of the Primera Iberdrola, there will be world powers and we have to reach 200% to compete in the six finals that are destined for us. We go from game to game, but one Build a really good team and with which we will play against everyone,” he said of the national team, calling Germany and England his “favorites”.

Finally, as for the season at Atlético de Madrid, he believes that not qualifying for the Champions League was “honestly” the “fault” of the “rojiblanco” team. “We had a bad dynamic during the season, with draws that we shouldn’t have made and mistakes, but next season we will definitely get there,” emphasized the international.

- Advertisement -
Share
Facebook
Twitter
Pinterest
WhatsApp
Previous articleCasa Maragato, the place to eat the best knife-cut cecina in a town of León with 17 inhabitants
Next articleLucía Martínez: “Seriously, if we destroy the planet and the animals, can’t you think about the menu for ten minutes?”