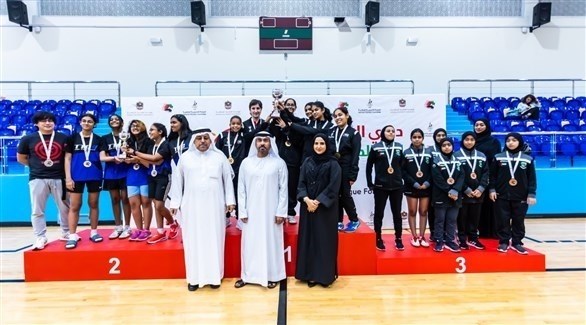 Sharjah Women’s Sports Club players managed to write a new chapter of achievements and honorable numbers in a week of celebration with results, records and colored medals to prove their worth and superiority in various sports competitions.

The athletes won 29 colorful medals in their distinguished career, which is not without records and new successes, in 4 categories: women – young women – juniors – cub girls Athletics for women’s sports, which was held at the Khorfakkan Club for the Disabled, with the participation of 4 clubs namely Al-Emarat, Al-Bataeh, Dibba Al-Hisn and Sharjah Women’s Sports Club.

The 29 medals were distributed between 21 gold, 6 silver and 2 bronze, with the women’s category players Abeer Al Balushi and Jawaher Al Marzouki winning the gold and silver medals in the 100 m event, and Muhar Abdul Rahim and Fatima Ali Hassan the gold. and bronze, respectively, for the 400m meet, while Latifa Al Kaabi won triple jump gold with setting a new state record for a distance of 11.35m.

In the women’s category, Maryam Al Balushi won the gold medal in the 100m competition and Athba Al Yamahi won the silver medal.

Sharjah Women’s Sports Club players achieved 6 color medals in the Emirates Cup Final for Arch and Arrow, which was held at Al Madame Cultural and Sports Club, after besting themselves in the tournament, which It was attended by 59 men and women. players from 11 clubs.

Sharjah Women’s Sports Club players demonstrated their development and competence with this honorable achievement, which was achieved in two different categories of the Olympic archery competition, as the 60m medals were crowned by Amna Al-Awadi, who won gold. in the competition, while Hind Al Balushi won the silver medal and Rawda Al-Awadi won the bronze medal.

The players recorded their distinguished presence in the 70 meter distance, with Aisha Al Ali winning the gold medal, while Fatima Al Balushi won the silver medal and Hessa Al-Awadi won the bronze in the competition.

The Sharjah Women’s Sports Club for Table Tennis managed to defeat the Al-Orouba (B) and Racket Science Academy teams with a score of 3/1 and a result of 3/0, respectively, in the UAE Table Tennis League.

Player Latifa Al Kaabi presented the new achievement and record in triple jump to the wife of the Ruler of Sharjah, Sheikha Jawaher bint Muhammad Al Qasimi, President of the Sharjah Women’s Sports Foundation, for the pioneering role she plays with all female players and her great support for the women’s sports sector.