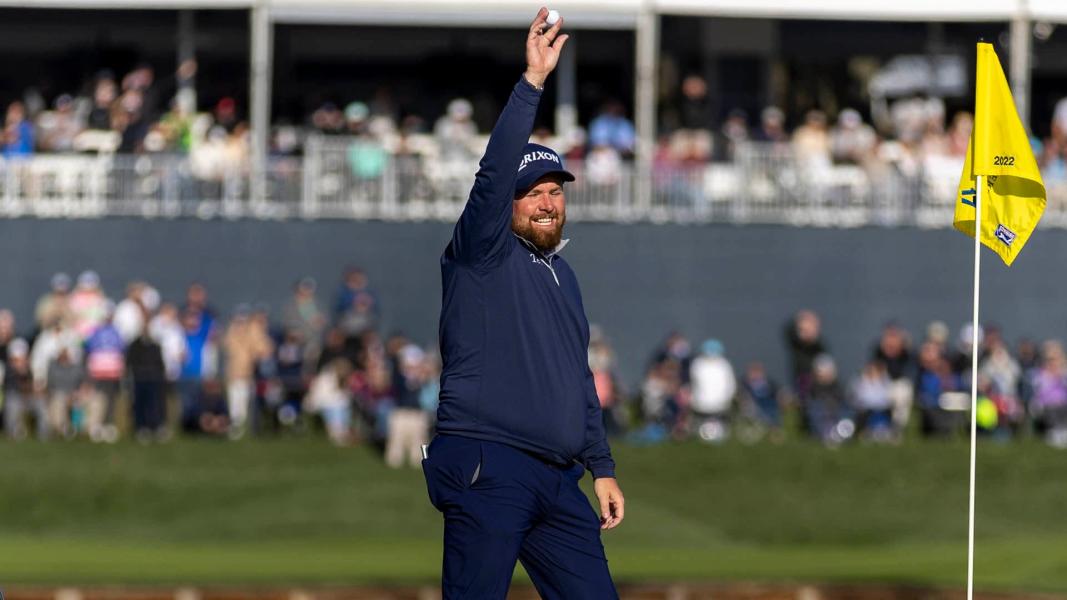 The Guinness will flow in Ponte Vedra Beach, Florida, on Sunday night.

That’s because Irishman Shane Lowry won the par-3 17th hole at TPC Sawgrass during the third round of The Players Championship. The hole-in-one came from 124 yards and marked the 10th on that hole in tournament history.

The celebration was almost better than the shot, too, as Lowry went electric with his best Ultimate Warrior impression. He then high-fived Ian Poulter, but Poulter wisely pulled his hand away at the last second to avoid injury.

And perhaps best of all, after scooping the ball out of the glass, Lowry lobbed the ball through the water and into the crowd like a baseball. (Lowry later signed the ball for the fan who caught it on the 18th tee.)

“It’s great to do it there, one of the most iconic holes in golf. Yeah, what can I say? It was something special that happened, and I can’t wait to turn on my phone and see the messages I have.” I have,” Lowry said after play was called off Sunday night due to darkness. “Not only that, it put me back in the tournament a little bit. So it was amazing.”

The hole in one took Lowry to 4 under par. He bogeyed his next hole, but after turning to the front, he added two birdies to his card. Lowry is 5 under par, four off the overnight leader, with four holes remaining in his third round.

Before Lowry, Ryan Moore was the last player to land an ace at No. 17, doing so during the first round in 2019. Lowry now has two aces on Tour, the other on the 16th hole at Augusta National during the 2016 Masters.