Shane Farrington: The public was warned not to approach the convicted murderer who escaped from prison 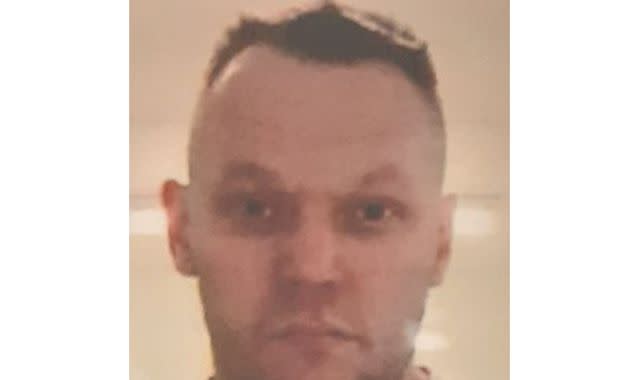 Police have warned the public not to approach a convicted murderer who escaped from prison in Cheshire.

The 39-year-old was convicted of involuntary manslaughter in 2009 for attacking and killing a prisoner in his cell at HMP Peterborough, according to reports.

Cheshire Police have said they are conducting a series of searches to find Farrington, who is known to have links to the Peterborough area.

Farrington is the second inmate to have escaped from the category D prison in two days.

Another inmate, Jonathan Simpson, was arrested after he escaped from prison on Wednesday.

Farrington was last seen wearing a dark blouse with white writing on the front, blue jeans, black shoes, and a dark coat.

He was also carrying a dark backpack, police said.

Cheshire Police Superintendent Mike Evans said: “We currently have numerous officers carrying out a variety of searches to locate Farrington.

“While our investigations are ongoing, we urge anyone who sees Farrington not to approach him.

“Officers will maintain a presence around the prison and in the local area to provide reassurance to the community. If you have any concerns please speak to one of them.”

Anyone who sees the escaped prisoner is asked to call Cheshire Police immediately on 999 quoting IML 1230000. They can also call Crimestoppers anonymously on 0800 555 111.