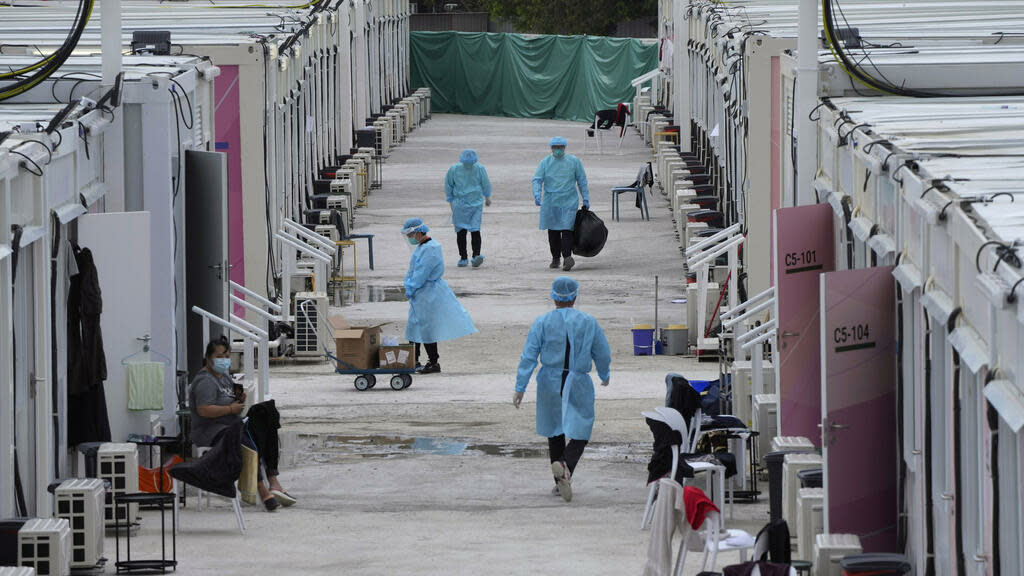 Seventeen million people in China’s tech industry hub of Shenzhen began their first full day under lockdown on Monday, with restrictions also imposed in Shanghai and other major cities in an effort to stop a major threat to China’s zero-tolerance Covid strategy. the nation.

Authorities in the southern city of Shenzen took the measures Sunday in an effort to combat an Omicron outbreak in factories and neighborhoods linked to nearby Hong Kong, which is seeing dozens of deaths daily as the virus spreads.

Shenzhen is one of 10 areas across the country to issue some level of a stay-at-home order.

Health officials have warned that tougher measures could be on the way, as concerns grow about the resilience of China’s “Covid-zero” approach to the highly transmissible Omicron variant.

Authorities reported 2,300 new virus cases nationwide on Monday and nearly 3,400 the day before, the highest daily figure in two years.

Tech stocks fell in Hong Kong in early trading on Monday on concerns about the impact of the virus in Shenzhen, which is a hub for iPhone maker Foxconn as well as Huawei and Tencent.

In Shanghai, China’s largest city, residential areas and offices in some neighborhoods remained closed on Monday as city authorities tried to prevent a full lockdown.

Jilin province in the northeast of the country recorded more than 1,000 new cases for the second day in a row.

At least five cities in the province have been placed under lockdown since early March, including the main industrial base of Changchun, whose nine million residents were ordered to stay home on Friday.

China has so far managed to control sporadic domestic outbreaks of Covid-19 through a combination of snap lockdowns, mass testing and travel restrictions, but the latest outbreak is testing the limits of that policy.

Medical expert Zhang Wenhong said on Monday that China cannot relax its zero-Covid policy yet despite the low mortality rate associated with Omicron.