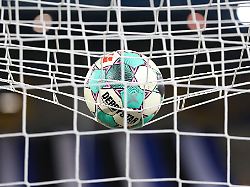 Against Arsenal it is about reaching the semifinals of the Champions League. Against Bayern Munich for the German championship. The women of VfL Wolfsburg have an important week ahead of them, and they are in a very good mood right now.

Frankfurt/Main/Wolfsburg (dpa/lni) – The VfL Wolfsburg players are heading into what is probably the most important week of the season so far with a lot of self-confidence. The clear 4:1 (4:0) win in the main match against Eintracht Frankfurt was a remarkable display of power ahead of the Champions League second leg against Arsenal (Thursday) and the Bundesliga main match against the only rival for the title, FC Bayern Munich (Sunday ). . “We sent a great signal there. Our team works hard and has a good mentality, that’s what sets us apart,” coach Tommy Stroot said in Frankfurt on Saturday.

A repeat of last year’s cup final was a one-sided affair in favor of VfL. Jill Roord scored in the 9th minute. Lena Lattwein (14th), Roord again (27th) and Pauline Bremer (45th) even increased the lead to 4-0 before the break. The fourth in the table only got a consolation goal from Geraldine Reuteler (86′).

“To put on a performance like this at this stage of the season makes me proud,” Stroot said. “The faith of the team continues to grow.”

First, the Wolfsburg women want to reach the Champions League semi-finals on Thursday (6:45 p.m. / DAZN). In the first leg in London (1-1) he got a good starting position. The biggest game against the defending champions in Munich (Sunday, 2pm) should decide the championship. After that, there are only three Bundesliga games left. And while both teams currently control pursuers like Eintracht Frankfurt or 1899 Hoffenheim, it’s hard to imagine Wolfsburg or Munich stumbling again against Jena or Leverkusen in the closing stages.