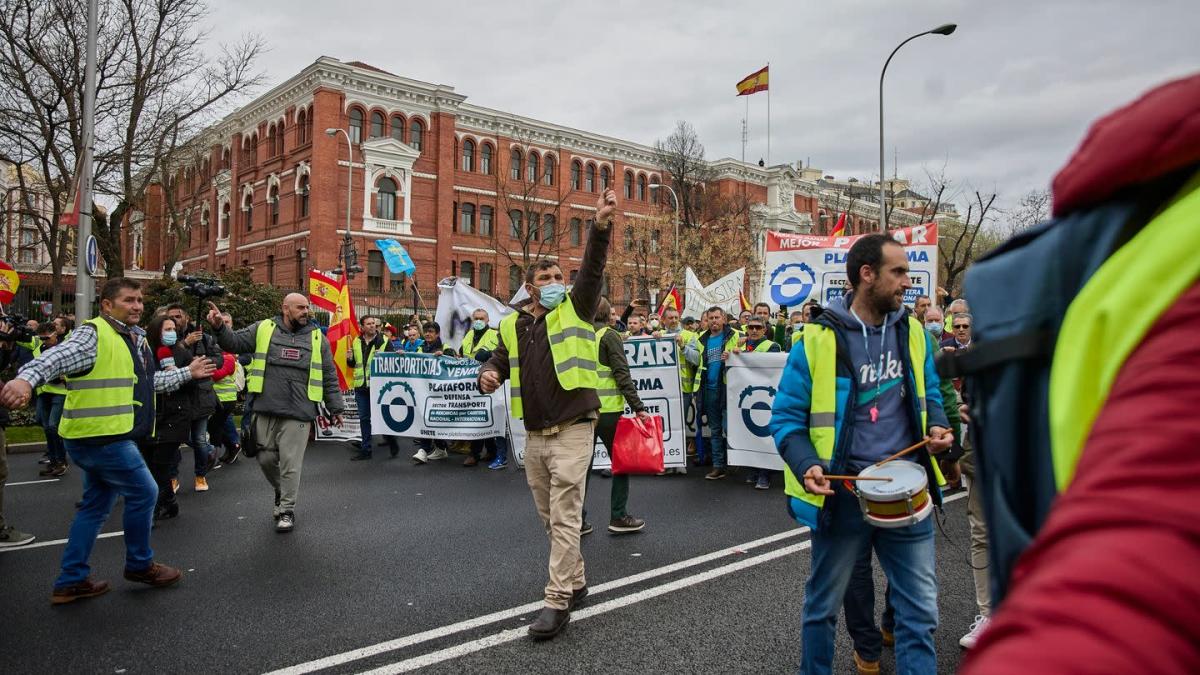 Madrid (AP) – Despite an initial agreement between the government and union representatives, there is no end in sight to the 12-day strike by truck drivers in Spain, which has already had serious consequences.

The aid approved by the Government, which is around one billion euros, is “crumbs and peanuts”, complained Manuel Hernández, president of the platform for freight carriers, who went on strike due to the rise in fuel prices after the so-called Ukrainian war. for protests.

The agreement between the left-wing government of Prime Minister Pedro Sánchez and representatives of the umbrella organization of Spanish road transport companies CNCT was reached early on Friday morning after a marathon overnight meeting. The Government announced that a deduction of 20 cents per liter of fuel and direct aid of 450 million euros had been agreed. This is aid worth one billion euros, Sánchez tweeted.

The strike platform, which mainly represents small freight forwarders, is not part of the CNCT. The head of the platform, Hernández, said that the government had reached an agreement with the “wrong people”. One will protest until “real solutions” are found to the truckers’ problems, he said in an interview with the RNE radio station. A deduction of at least 60 cents per liter of fuel is required.

Under the impression of a new protest demonstration on Friday in front of the Ministry of Transport in Madrid, Minister Sánchez decided to receive Hernández and other strike leaders at short notice. However, the conversation did not progress in the late afternoon. “Unfortunately, the strike will continue,” Hernández told reporters after the meeting. Still, hopes for a deal were not high, after the minister said before the meeting that she would only “explain the content of the deal” to protesters and she would not make any further offers. According to official estimates, some 4,000 people took part in Friday’s demonstration in Madrid.

Because of the strike, which began on Monday of last week and has recently intensified with blockades of highways, urban centers, wholesale markets and ports, there is already a sometimes drastic supply crisis in Spain. More and more empty store shelves, milk, yogurt, fruit and beer, among other things, are in short supply. Some food factories have already had to close due to bottlenecks in the supply of raw materials. On Tuesday, the food company Danone also warned of a halt in production at its Spanish plants. The VW plant in Pamplona had to temporarily suspend production due to a lack of spare parts from suppliers.