Sergio Massa, the Peronist who knew how to wait 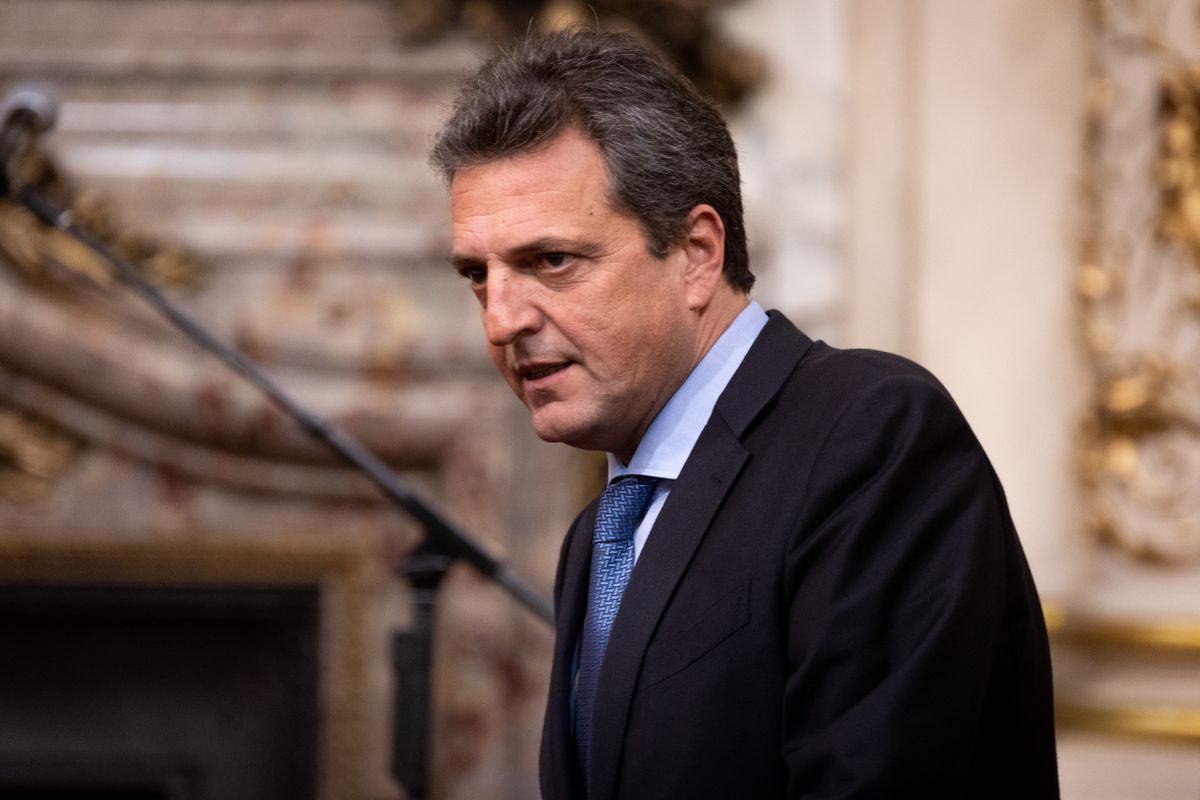 Sergio Massa (San Martín, 50 years) loads his last bullets. A figure of Peronism for nearly two decades, the president of Argentina’s Chamber of Deputies, as of this Thursday, has just assumed the post of superminister of a new portfolio that will unite economics, manufacturing and agriculture. Cristina Kirchner’s former prime minister, then her bitter opponent, Massa knows above all to wait for the right moment. The last time he did so was in 2019, when he lowered his presidential candidacy at the last minute to support the election of Alberto Fernández and Cristina Kirchner. The “Third Way”, which he wanted to lead between Kirchnerism and Mauricio Macris liberalism, eventually became the third pillar of the current governing coalition. After nearly three years in a careful background, Massa is now leaping to the front lines like someone reaching for a hot iron. For a career politician who never concealed his desire to be President, this Thursday was a very risky move. Maybe the last of them all.

The new head of America’s most volatile economy is no economist. As a trained lawyer, Massa is actually a professional politician. A youthful fighter for liberal technocracy born in the 1980s while the dictatorship was falling, he entered Peronism in the mid-1990s when the conservative Union of the Democratic Center (UCeDé) party with President Carlos Menem’s Peronist neoliberalism unlocked . As the leader of the liberal youth militancy on the outskirts of Buenos Aires, he ended up in his hometown under the guise of the union leaders Luis Barrionuevo and Graciela Camaño. While his political sponsors were adding positions in early 2000, his rise in the Peronist civil service was unstoppable.

In 1999, at the age of 27, Massa was elected provincial deputy in Buenos Aires. Two years later, and after the crisis that saw five Presidents march in eleven days in December 2001, the interim Eduardo Duhalde appointed him Head of the Social Security Administration (ANSES), a position that Néstor Kirchner held him after his victory in the Elections reconfirmed in 2003, to which he belonged until 2007. As a subsidy and subsidy officer during the Kirchnerism boom, Massa advocated early retirement for the unemployed and secured pension increases when they were most needed: after the 2001 explosion, unemployment in Argentina topped 20%.

Faithful to Néstor Kirchner, Massa gave up his position as national MP after the 2005 elections to stay with ANSES. He was only encouraged to leave office in 2007 when he won the mayoral election of Tigre, a municipality on the northern outskirts of Buenos Aires built on the wetlands that connect the Río de La Plata to the Paraná. Victorious against the insecurity and inequality that is the boundary between the gated community and neighborhoods without sewerage and electricity in this part of the country, he resigned after a year in power. He followed Cristina Fernández de Kirchner’s call.

Fernández de Kirchner, who had been president since succeeding her husband in 2007, sought him to succeed Alberto Fernández as prime minister. In 2008, after more than 100 days of strikes in the agricultural sector over import restraints that were wearing down the government, Massa returned to national politics in a decision celebrated by national Peronism. His name was a guarantee of restraint and consensus, but the romance lasted barely a year.

As a renegade Peronist, Massa became Cristina Kirchner’s greatest enemy. In 2013, he defeated the ruling party in congressional elections and stopped a presidential-sponsored constitutional reform. Meanwhile, at every street rally, the Kirchnerist youth militancy remembered his name and shouted “traitor.” With the popularity in the air, Massa formed an alliance of regional Peronist leaders, the Renovating Front, which for a few months in 2015 sounded like the favorite for the presidential election. Massa, then 43, finished third behind Daniel Scioli, the candidate chosen to succeed Kirchner, and the liberal Mauricio Macri, who won the presidency by three points in the second round.

“I don’t want Daniel Scioli to win,” Massa said even during the tie-break, knowing full well that his more than five million votes (21.4 percent of the voters) made him the arbiter of the election that ended 12 years of Kirchnerism. Massa never directly endorsed Macri, but the flirtation was another opportunity. In January 2016, immediately after the Macrista government took office, Massa accompanied the new president to the Davos Economic Forum, a conclave of the political and business elite, which an Argentine president had not attended since the beginning of Kirchnerism. Macri, in an indirect message to Kirchner, nominated him as the new opposition leader and Massa played his consensus-building card. “I left to tell the world that a new phase is beginning,” he told this newspaper years later. “On the return journey, I suggested to the President that it was time to conclude an economic and social agreement. He told me: “I won, I rule”. That arrogance, that pettiness, the only thing he’s done is lock Argentina into what’s happening to us today,” Massa said in that 2019 interview, nearly a month before agreeing again to Cristina Kirchner to bury Macri’s presidency.

The Makrista interval, whose opposition continues to be led by Cristina Kirchner, left Massa with hopes that his “Third Way” would still have a future at the Casa Rosada. But the strategy was subject to polarization in 2019. Half the country did not support the idea of ​​Macri serving a second term; the other half feared Cristina’s return. Massa then saw another opportunity: to rally behind the anger against the Liberal government and return to Congress with his MPs under the umbrella of the Frente de Todos, the Peronist coalition that led Alberto Fernández as presidential candidate and Kirchner as vice president.

After almost three years in the coalition’s rear, Massa is now jumping into the ditch of the Frente de Todos as the pressure cooker of the Argentina crisis clicks on the fire. Annual inflation is threatening the 90% threshold by 2022, and the peso has fallen to over 40% against the informal dollar that enforces street prices. The politician with a reputation for being an efficient manager faces the most troubled ministry. If he survives in office, he will get another chance in the 2023 presidential elections. If he fails, it will also be a defeat for the entire government.

Subscribe here Newsletter from EL PAÍS America and receive all informative keys to the current situation in the region.

Previous articleTrendy sandals 2022: you need these 6 models now
Next articleHow does heat affect our daily life? We insult more, we argue worse, violence is increasing and the economy is slowing