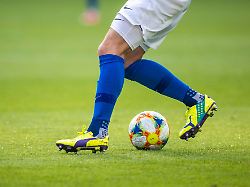 Ten players were absent due to a corona infection, two due to a red suspension. With reinforcements from the second team, SV Meppen still got a point from the sovereign leaders.

Magdeburg/Meppen (dpa/lni) – With three players from the district league in the team, SV Meppen scored a completely surprising point in the third league football of leader 1. FC Magdeburg. After the absence of ten professionals due to corona, two red suspensions and a rejected request to postpone this game, the Emslanders had to fill their squad with players from the second team and still managed a 0-0 draw in front of 15,607 spectators.

“It was a dream for me to play in the first team of the 3rd division today,” 22-year-old Leon Kugland told “MagentaSport”. The midfielder was even in the starting eleven, Louis Hebbelmann and Jannik Looschen came on as second-half substitutes, and a proud coach Rico Schmitt said afterwards: “It’s a wonderful moment for us. And that in Magdeburg, with the strongest team in the league”. The previous days had been “very hard” and the team’s reaction was “sensational”.

The Meppeners were just defensive from the start. However, they defended so well that the league leaders rarely had clear chances to score. “I am very proud that I was able to participate here today and that it is finally a positive result for us again,” said Schmitt. However, the surprise side of the first half of the season have gone eight third-tier games without a win and have won just one of eleven games this year.

Previous articleRiddle: Another 10-letter word for stock discount
Next articleDeutsche Bank shares: more attractive than ever?