Selenskyj calls on citizens around the world to demonstrate 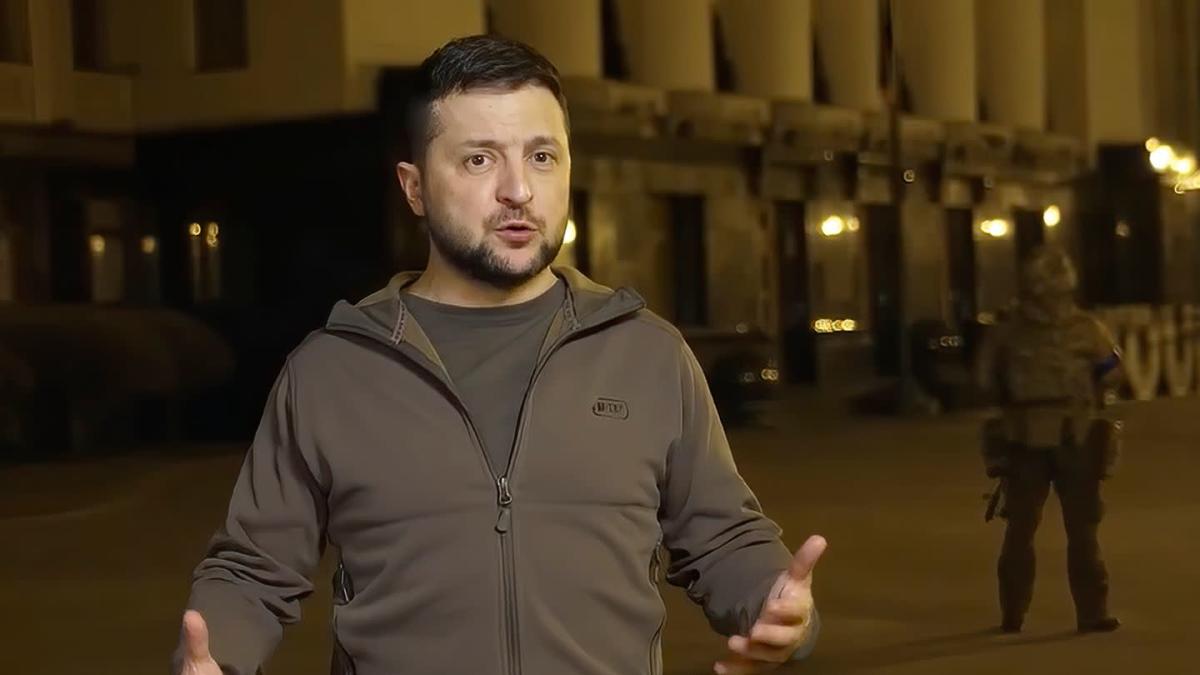 kyiv (AP) – Ukraine’s President Volodymyr Zelenskyj called on people around the world to publicly protest on Thursday the start of the war a month ago.

“Get out of your offices, your homes, your schools and universities,” Zelenskyj said in a video address posted on Telegram Thursday night. “Come in the name of peace, come with Ukrainian symbols to support Ukraine, freedom and life.”

The war that started on February 24 is not just a war against Ukraine, but Russia is trying to destroy the freedom of all people in Europe and the world, Zelenskyy said. Moscow is trying to show “that only crude and cruel violence counts.” That is why opponents of the war must go to the inner cities starting Thursday and make themselves visible and audible.

Zelenskyy is addressed to citizens of Russia

Zelenskyj also addressed the citizens of Russia once again in Russian. He is convinced that there are many people there who are “fed up” with the “lies of the propagandists”. The Russian state collects money from its own citizens to pay for lies, isolate the world’s citizens, make them easier to control, and more easily send them to war. Ukraine has never threatened the security of the Russian Federation and kyiv is doing everything possible to end the war.

A month after the Ukraine war broke out, Prime Minister Boris Johnson compared the Ukrainian president to British Prime Minister Winston Churchill during the war. “I think President Zelenskyy has proven to be quite an extraordinary leader for his people,” Johnson said in an interview with LBC broadcaster. “He knows, as Churchill said of himself, that he may not be the lion, but he had the privilege to roar.”

Churchill (1874-1965) ruled the UK during World War II and again in the 1950s. He is still revered by many Britons and especially current Prime Minister Boris Johnson.