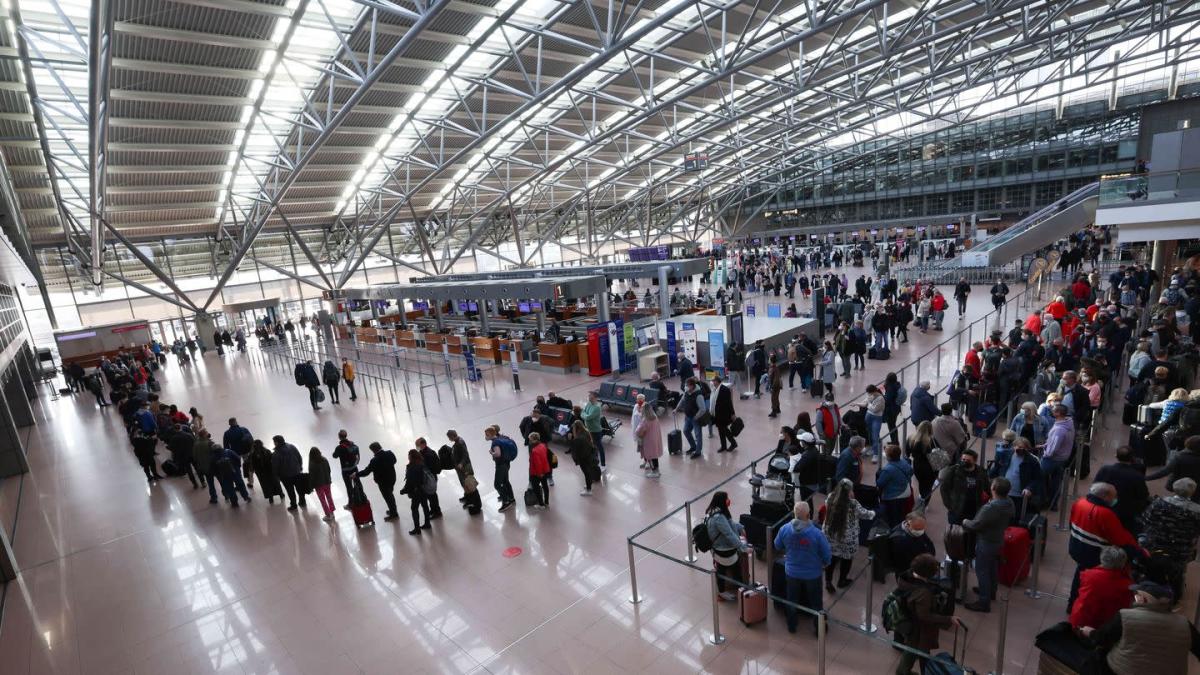 Frankfurt am Main (dpa) – A warning strike by aviation security personnel at eight airports on Tuesday morning led to many cancellations and disabilities.

In the larger hub of Frankfurt, for example, no passengers are allowed to board. An emergency service should only be offered in transfer traffic. According to the operator, 108 of the 790 scheduled flights had been canceled by morning. Severe restrictions were also reported from Berlin and Hamburg. According to the airport, all 88 planned departures in the Hanseatic city were cancelled.

Passengers were asked to check the status of their flights before arriving at the airport. The airports of Bremen, Hannover, Stuttgart, Düsseldorf and Cologne/Bonn are also affected by the warning strike of the Verdi union.

In the collective bargaining with the Federal Association of Aviation Security Companies, Verdi asks that the hourly wage be increased by at least one euro per hour. Regional adjustments and unified collective bargaining groups could become much more expensive, which, according to employers, would generate up to 40 percent more wages for individual employees. The bosses accuse the union of excesses. After four rounds of negotiations, both sides want to meet again on Thursday in Raunheim, near Frankfurt.

The industry criticized the strike. Although airports and airlines are not part of the conflict, the strike mainly affects air traffic and many thousands of travellers, the Federal Association of the German Aviation Industry said. “This is unfair and makes it more difficult for airlines and their employees to revive the economy after the collapse caused by the pandemic,” CEO Matthias von Randow said. A national paralysis of air traffic is disproportionate. The Federal Association of German Airlines, of which Lufthansa and Condor are members, also criticized the strike.

Verdi had already staged all-day warning strikes at various airports last week. Security checks are under the supervision of the Federal Police and are largely outsourced to private service providers. Only in Bavaria are inspectors paid according to the collective agreement for public service and therefore do not go on strike.