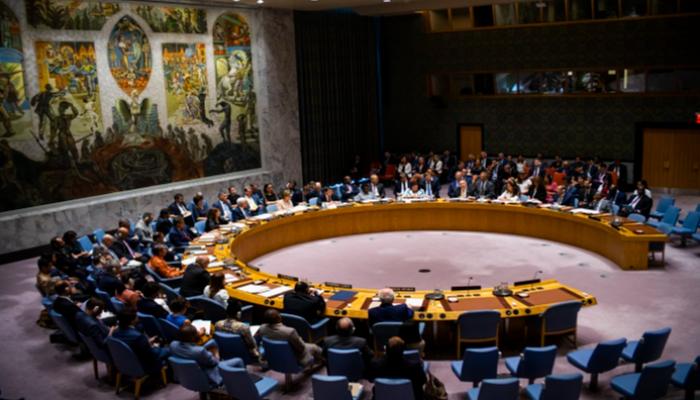 Representatives of the member states of the UN Security Council called for maintaining stability in Libya and supporting the UN Counselor, Stephanie Williams, to hold the elections.

He also called on members of the session, which began on Wednesday night, to listen to the UN mission’s briefing, renew the duration of the UN mission in Libya for one year, promptly appoint a new UN envoy UN, carry out a dialogue between the different parties, to resolve the crisis peacefully, preserve the achievements and support the initiative of the UN Chancellor for dialogue between the House of Representatives and what is known as the Council of State, to reach the elections, open the airspace immediately and avoid any hostility or escalation.

Ambassador Mohamed Boushehab, the UAE’s deputy representative to the Security Council and chairman of this month’s session, said the UAE commends Libyan parties that are committed to self-restraint, despite the instability in the political process.

He continued: “We commend the work done by the 5 + 5 Committee to maintain the stability of Libya and the continuation of the ceasefire despite the ambiguity of the political scene, and the need to implement the work to eliminate foreign mercenaries in an immediate, gradual and simultaneous. , and taking serious steps by regional and international parties to support the unification of Libyan institutions.

He added that Libyans must adhere to peace as the only option to achieve security and stability, and the unification of military and security institutions in Libya would help prevent the creation of any security vacuum that could be exploited by the remnants. of the terrorists.

He stressed continued adherence to dialogue and peace in Libya, and that the international community should support Libya and focus all efforts on supporting the holding of free, transparent and credible presidential and parliamentary elections and that this should be done as soon as possible. , keeping the need for Libyan stability as a priority, preserving the success achieved and leading Libyan national reconciliation Comprehensive and activating frank and transparent dialogue without excluding any component

For her part, the Under-Secretary-General for Political Affairs, Rosemary DiCarlo, highlighted the efforts of the United Nations Support Mission in Libya, especially to support the Libyan 5+5 Committee, and its efforts to expel mercenaries from the country. .

He added that the priority of the United Nations in Libya is to help hold transparent elections, and also urged the Libyan parties to continue the dialogue, noting that Libya again faces the risk of political division.

He added that the United Nations now aims to form a joint committee of the Parliament and the Council of State to establish a constitutional basis for holding elections in Libya and achieve the desire of some 3 million Libyans to hold the elections.

He pointed out that the Libyan economy is suffering due to lack of supervision, but there are positive indicators, especially after the meetings between the Governor of the Central Bank and his deputy and their efforts to unify the Central Bank of Libya.

In his assessment of the human rights situation, he noted the rise in hate speech and violence, and the arbitrary detention of human rights activists, as well as continued violations in immigration detention centers.

The British representative also emphasized the need for calm in Libya and rejected any steps that would threaten stability and bring the country back.

He also affirmed the support of the UN adviser in her plan to go to the elections and the consensus among Libyans on the constitutional basis, implementing the elections and responding to the aspirations of Libyans.

The representative of Russia also highlighted the respect for the will of the Libyans to solve their problems internally, including the formation of the new government by the House of Representatives, especially after the postponement of the elections, which they see as a matter of concern.

He added in his speech that negotiations are the solution and that the Libyans can stop the direct escalation through dialogue, noting that Russia calls for the gradual withdrawal of all foreign forces from Libya, which will avoid falling into the imbalance of power in Libya. .

The representative of the African Group indicated that the Libyan people must be listened to and called on them to help them achieve their aspirations, advance the peace process and stop the current political stalemate.

He added in his speech that the desire of the Libyan people to organize elections, which must take place on a constitutional basis based on the broadest consensus, based on national dialogue and reconciliation, which are indispensable to get out of the crisis, unifying institutions and the implementation of the action plan of the Joint Military Committee 5 + 5 should be supported. Libya.

He added that the activity of foreign groups that obstructs the peace process and threatens the region, especially the Sahel, should be addressed, and disarmament, demobilization and reintegration should be followed up in cooperation with neighboring countries, and should be strengthened. Libya’s capabilities to combat terrorism. .

As for the representative of France, he said that Libya is now in a fragile situation and must avoid wasting what the Libyans have achieved, respecting the letter and spirit of the ceasefire agreement, not resorting to force and violence, respecting freedom of movement and movement, including airspace, and that whoever obstructs it is subject to Security Council sanctions.

The representative of China said that the conflict started 11 years ago and had catastrophic effects in Libya and the Middle East, and that Libya had recently witnessed conflicts between the various parties, which gave rise to concern.

He called for support for the peace process, adherence to the ceasefire agreement, orderly withdrawal of foreign fighters without delay, continuation of dialogue between Libyan political parties, and addressing the reasons for postponing and abandoning the elections as soon as possible.

For his part, the representative of the United States of America stressed that the elections alone are the path to stability and prosperity in Libya, highlighting Williams’ support for his initiative to hold the elections as soon as possible.

He pointed out that there are violations against candidates or supporters of holding elections, highlighting Washington’s opposition to any military escalation, or the presence of foreign forces in Libya.

He called on all internal and external parties to refrain from politicizing Libyan institutions and called for the immediate opening of the Libyan camp, which was recently closed.