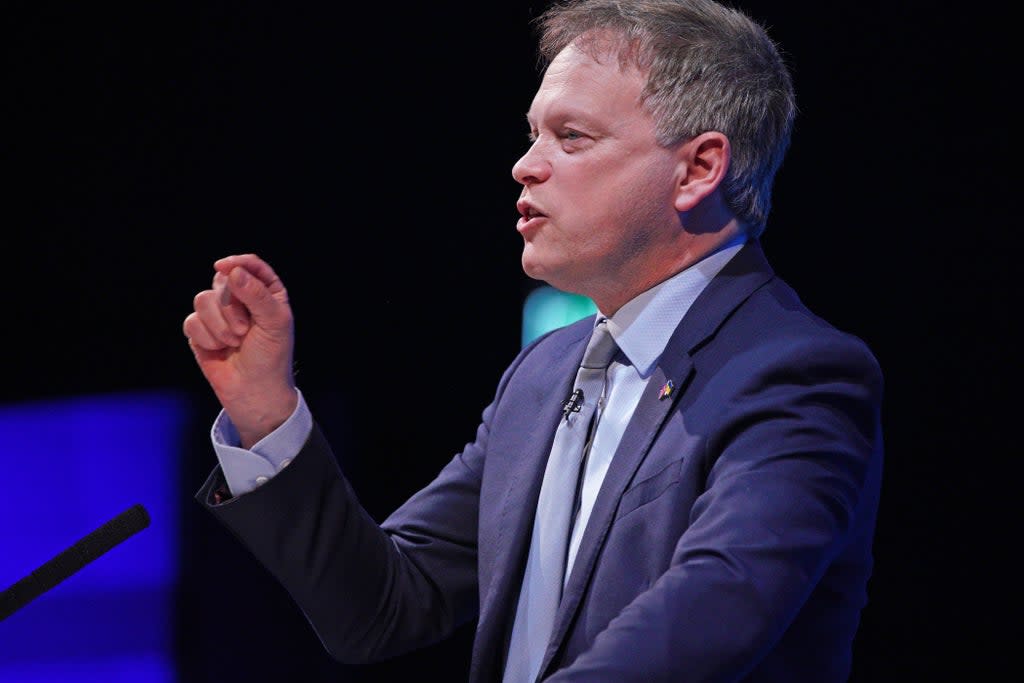 Transport Secretary Grant Shapps called for the P&O Ferries boss to resign after his “brazen” comments about “knowingly breaking the law” and vowed to force the company to “turn the tide” and pay its crews wages. minimum.

It comes after chief executive Peter Hebblethwaite admitted the ferry giant broke labor law when it sacked 800 workers without warning.

The transport secretary told Sky News on Friday: “I thought what the P&O chief said yesterday about knowingly breaking the law was brazen and impressive, and showed incredible arrogance.

“I can’t believe he can stay in that role after admitting that he deliberately went out and used a loophole, well, breaking the law, but also using a loophole.”

Asked if that meant he was asking for Hebblethwaite’s resignation “right now,” he said: “Yes.”

On Thursday, MPs urged Mr Hebblethwaite to resign after acknowledging that “there is no question” that the ferry operator was obliged to consult with unions.

The chief executive admitted that new crews are paid below the UK minimum wage, except on domestic routes, but insisted this is allowed under international shipping regulations.

Mr Hebblethwaite, whose annual base salary is £325,000, revealed that the new team’s average hourly wage is just £5.50.

He said the government’s move would force a “turnaround in what happened at P&O”.

“What I am going to do … is come to Parliament next week with a package of measures that will close all the possible loopholes that exist and force them to turn this around,” he said.

“We don’t have people working out of British ports… running regular routes between here and France or here and Holland, or (anywhere else) and not paying minimum wage. It is simply unacceptable and we will force that to change.”

The minister told BBC Breakfast that the maritime law was “very, very complex” but that he was preparing a package of “around eight” different measures to take to Parliament, where he believed there was “very, very broad parliamentary agreement” that the new legislation needed

“P&O will have to re-employ people at the right wages,” he said, confirming that this would mean a national minimum wage.

Shapps said the government “cannot” directly revoke P&O’s license when asked why the company continued to operate after breaking the law.

He said he had instead asked the Maritime Coastguard Agency to carry out “very detailed inspections”.

The minister said that if new crews were paid below the national minimum wage and were found to be unfamiliar with the equipment, the ships would be deemed unsafe to sail.

When asked how the government’s plans to change the law would help laid-off seafarers, the Transportation Secretary said: “In fact, I know because I’ve been talking to some of them that some of them have already taken a job, so that they may not get those particular ones back.

“I suspect they’ll get some of them back, though I imagine they’ll have a slightly jaded view of their employer as P&O.”

Hebblethwaite told a joint session of the House of Commons business and transport select committees on Thursday that Shapps was aware of the intention to cut jobs in November last year, although the Department for Transport strongly denied this.

When asked about the claim, Shapps said it was a way to “distract attention” from his failure to notify job cuts.

The Transport Secretary also said he “didn’t see” an email sent by Whitehall about P&O’s plans the night before the mass redundancies and was told “in the dispatch box”.

When asked who the email would have been sent to if not the transportation secretary, he said: “Well, I think a very small group of officials were sent to record a conversation, notes of a conversation that happened.”

Shapps added: “Frankly, even if I had known about it the night before, which I didn’t, they had already broken the law by not providing 45 days’ notice, by using the Cyprus flag to get around it.”

The Rail, Maritime and Transport union said it will meet with P&O Ferries on Friday to demand the reinstatement of the sacked seafarers.

TUC General Secretary Frances O’Grady said it was a “watershed moment” for the UK shipping industry and workers’ rights.

“The (P&O) owner should be given pariah status and forfeit all of their freeport and shipping government contracts effective immediately until the workers are reinstated.”