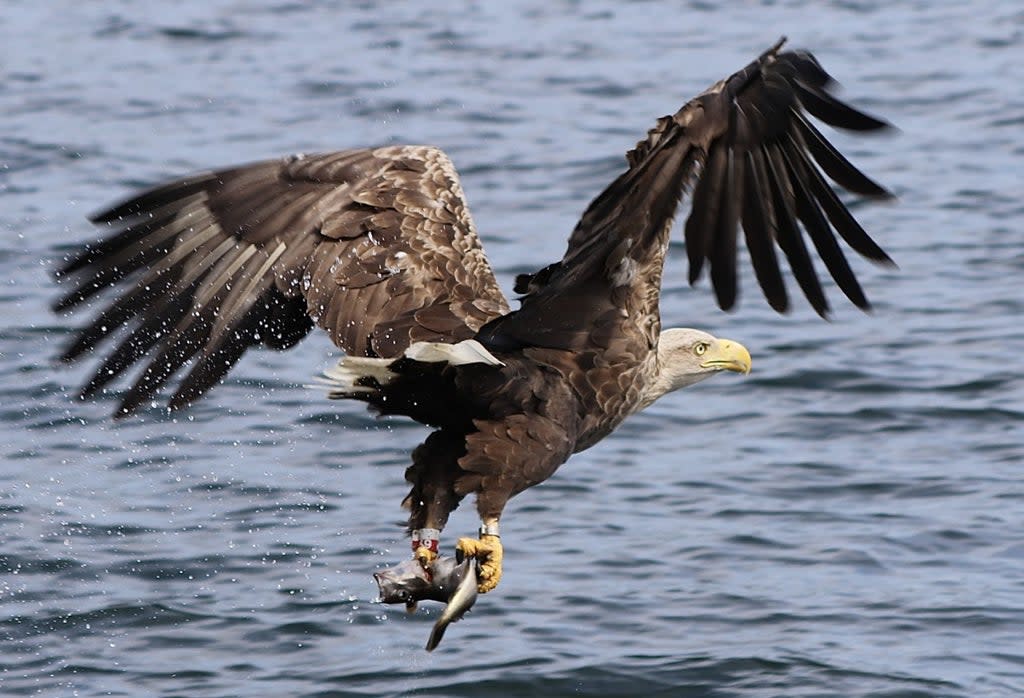 Sea eagles bring a clear economic benefit to one of Scotland’s islands off the west coast, a study published by the RSPB may reveal.

Tourism inspired by these birds of prey, also known as white-tailed eagles, is said to account for between £4.9 million and £8 million of spending each year on the Isle of Mull, which has a population of just 2,800.

This money supports between 98 and 160 full-time jobs on the island, and between £2.1 million and £3.5 million of local income annually, according to the report titled The Economic Impact of White-tailed Eagles on the Island of Mull.

Once extinct, these huge birds, the UK’s largest bird of prey, now thrive in parts of the Highlands and Islands following a successful reintroduction initiative in the 1970s.

Its return, however, has proved controversial with farmers and crofters in previous years, prompting Scotland’s nature agency NatureScot to develop measures to help them deal with the species’ impact on their livestock.

RSPB Scotland commissioned market research group Progressive Partnership to carry out the study, the third to be completed at Mull on the economic benefits of the bird (the first in 2005 and the second in 2010).

During the summer of 2019, 398 face-to-face interviews were conducted at five sites on the island with groups visiting the island, totaling 1,248 people.

Information on tourists and day trippers was recorded covering the number of people in the group, the length of time they stayed, and the amount of money they were likely to spend per day.

They were also asked about what motivated their visit, with the sighting of white-tailed eagles as an option to select.

Spending on bird-inspired tourism has also risen since 2010, when it accounted for between £3m and £5m a year, creating between 64 and 108 full-time jobs, and between 1.4 and 2. £4m local revenue each. year.

The importance of nature in driving tourism to Mull was also highlighted with landscape and scenery, peace and quiet, and birds and wildlife also mentioned as some of the main reasons to visit in 2019.

Anne McCall, director of RSPB Scotland, said: “This study makes clear the link between nature restoration and the local income-generating opportunities that arise from it.”

However, he acknowledged that living with these huge birds of prey can pose challenges for some, adding: “It is important that positive management protects both the birds and the livelihoods they may occasionally affect.”

He noted that the study has not taken into account the human benefits of Mull’s sea eagle population, such as physical and mental well-being and public education.

“For many people, the pleasure of seeing a white-tailed eagle is reason enough to care for them, but this study makes it clear that birds can pay their way too,” added Ms McCall.

“That’s why it’s critical that we continue to support and protect Scotland’s populations of birds of prey, such as the white-tailed eagle.

“Carefully managed reintroductions like this one on Mull are not only good for the natural world but good for our communities.”