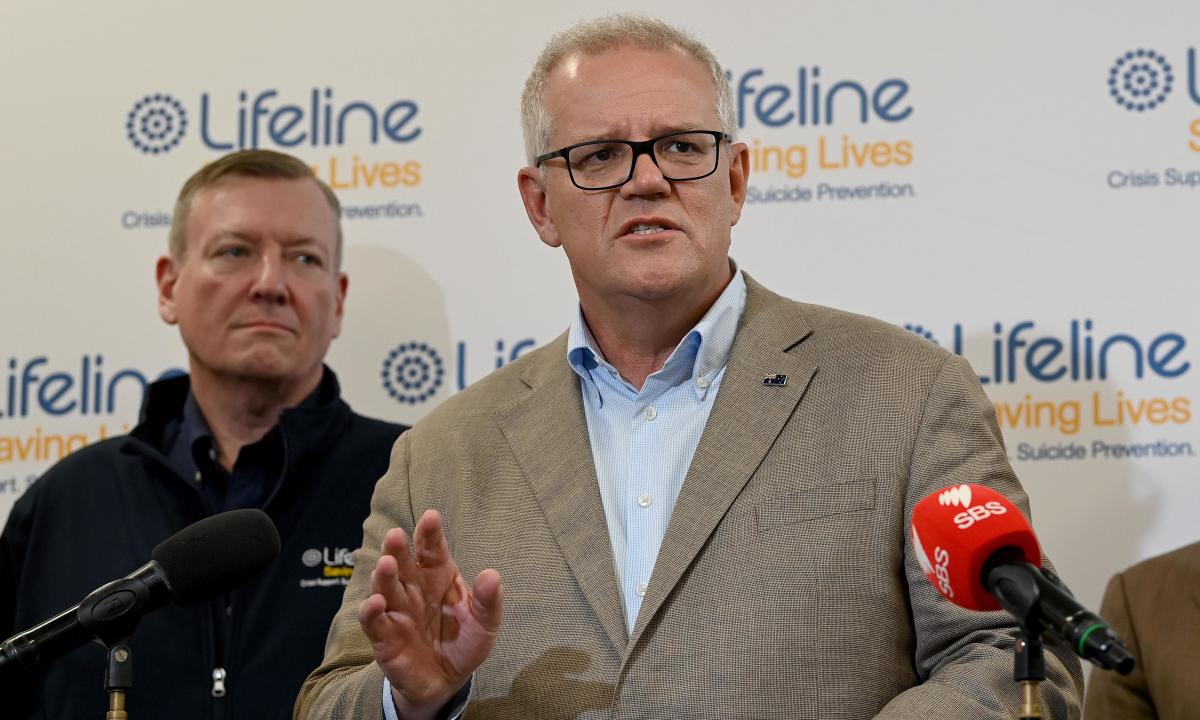 Australian Prime Minister Scott Morrison says there will be no diplomatic thaw in relations with China until he lifts the blockade on ministerial meetings.

“As long as China continues to refuse to talk to Australian ministers and the prime minister, I think it’s a completely proportional response,” Morrison told reporters on Saturday regarding reports that he refused to meet China’s new ambassador in Australia, Xiao Qian.

“That would be a show of weakness and I can assure you as prime minister that it is the last message I would send to China.”

Related: A security agreement between China and the Solomon Islands could impact stability throughout the Pacific | Michael Sora

The comments come after the superpower signed a security agreement with the Solomon Islands, which allows its ships to be based in the Pacific and a naval base.

The deal has triggered geopolitical anxieties for Australia and the US, both wary of China’s expansionist footprint in the region.

“[Until] China removes that blockade, well I think the Australians would see it as very inappropriate for me to engage in that dialogue with an ambassador.”

“In fact, we increased our investment in overseas development assistance in the Pacific by 50%… [Labor] they were chasing votes for the Security Council by throwing money at countries far from our region,” he said.

“I think there is great concern throughout the Pacific family [over the deal] because we are in constant contact with our Pacific family. And I will be in more talks with the leadership over the course of this weekend.”

Asked if Australia could convince the Solomon Islands government to change its mind, Morrison said: “Well, ultimately these are decisions by sovereign governments. And the communication we had yesterday from the Prime Minister [Manasseh] Sogavare was very appreciative of the incredible support.

In a statement on Friday, the Solomon Islands said “expanding partnerships are needed to improve the quality of life for our people and address the soft and hard security threats facing the country.”

Australia will allocate $22 million in the Solomon Islands government’s next budget to fund essential worker wages to help with the impact of civil unrest and Covid.

The archipelago switched diplomatic relations from Taiwan to Beijing in 2019, which in part sparked deadly riots in the capital Honiara last November.

Australia, which has historically provided security for the Solomon Islands, led a police mission after the unrest, at the request of its prime minister.

A US State Department spokesman said the draft security agreement and police agreement did not address the underlying issues that contributed to the November unrest.

“We do not believe [People’s Republic of China] the security forces and their methods must be exported,” the spokesperson added.

“This would only fuel local, regional and international concerns about Beijing’s unilateral expansion of its internal security apparatus into the Pacific.”

Last month, Washington said it would open an embassy in Honiara amid fears that China was seeking to strengthen military relations there.

“We would not have cut aid funding,” he told reporters in Sydney on Saturday. “The other thing is to create stability in the region by acting on the most important issue for our Pacific neighbors, which is climate change.”

He said that Labor’s plan to cut emissions by 2030 was “a fully budgeted plan, the most comprehensive plan of any policy put forward by any opposition in an election”.

Shadow Assistant Treasurer Stephen Jones told ABC that the Coalition had “dropped the ball” on the Solomon Islands.

“This administration is going out of its way to upset our Pacific neighbors, whether it’s our belligerent position on climate change, which is a critical issue for Pacific Island nations, or withdrawing aid,” he said. “We need a new approach in the Asia-Pacific region.”