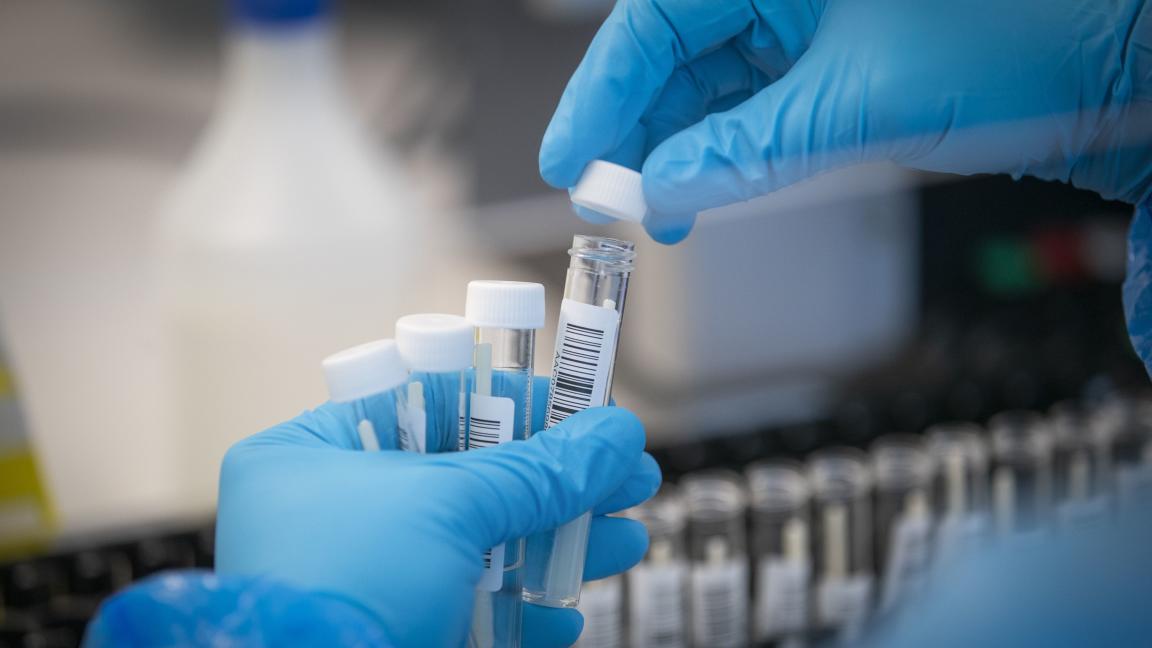 Coronavirus cases could peak in the coming weeks in Scotland as Omicron’s BA.2 subvariant drives a surge in numbers, a public health expert has said.

Dr Christine Tait-Burkard, from the University of Edinburgh, said retaining the face covering requirement is in keeping with the surge issue and is a “relatively easy measure to achieve”.

Prime Minister Nicola Sturgeon on Tuesday pushed back the date to drop laws requiring people to wear face coverings on public transport and in some settings, having previously signaled this would move from legal requirement to guidance, on Monday March 21.

She told MSPs that with the “current spike” in cases, ministers had agreed it was “prudent” for this measure to remain in place and that the legal requirement would be reviewed again in two weeks’ time.

Omicron’s BA.2 sub-variant now accounts for more than 80% of coronavirus cases in Scotland and appears to have become dominant faster than in England.

Asked if it was prudent to maintain the face covering requirement, Dr Tait Burkard told BBC Scotland’s Good Morning Scotland programme: “In fact it is in line with what we are seeing with the new Omicron sub-variant, which is a very large peak”. in cases, in fact, we have the most cases in the population at this point than ever before in the pandemic.

“It’s also realistic to look at this from a roughly two-week perspective because what we’re seeing in the numbers is that we could probably peak this week or the next in terms of cases, and we would actually see an easing and a clear indication before lift the face masks, and that’s our last barrier to go, and also our last reminder to go.

“And at the same time it is a relatively easy measure to achieve and with less impact on the economy. While it may deter some people from going out, it may encourage others to go out. I think there’s a difficult balance to strike there.”

There were 1,999 people in hospital on Tuesday with newly confirmed Covid-19, three more than the day before, with 32 in intensive care, one less.

That’s higher than Omicron’s peak of 1,571 which was recorded in January this year, with more patients in the hospital than at any time since January 27 last year when the total was from 2016.

Speaking on the same show, he said: “The fact that we are seeing a slowdown in the rate of hospital admissions is an encouraging sign that the peak is being reached, or about to be reached.

“That gives us a little bit of encouragement that with a couple of extra weeks on face coverings we can get into a position where that last legal requirement can be lifted by early April.”

Scotland has recorded 31 coronavirus-related deaths in the last 24 hours, according to the latest figures, meaning the number of people who have died within 28 days of testing positive for Covid-19 has risen to 11,047.

Scottish government data on Wednesday showed 10,710 new cases of covid-19 had been reported, but the figures cover less than a 24-hour period due to a technical issue, meaning no data has been received since 8pm. on Tuesday.

He also said the World Health Organization is “very clear” that face coverings “make a significant contribution to helping disrupt the circulation of the virus” and that wearing masks can “provide a routine level of protection that can help try to reduce the number of cases we have.”

Dr Tait Burkard, a researcher at the University of Edinburgh’s Roslin Institute and a coronavirus expert, said while masks help reduce virus levels in public places, they are less effective against Omicron.

He suggested that vulnerable people should be advised to upgrade their coverings to FFP2 or N95 masks for greater protection.

The academic said: “The impact of mask wearing without many of the other restrictions in place is small, or smaller than ever.

“One (reason) is that, unfortunately, with Omicron, the less protective type of masks, the simple surgical masks, the thin ones that you just put around your ears, the cloth ones, are not as protective as they were against variants. previous. , just because we need to inhale less virus to get infected, so the exposure time needed to get infected is less, but they still help reduce the level of virus in public places, and especially for vulnerable people who can make a difference.

“But there should also be the advice that for vulnerable people it might be a good time, or probably a very relevant time, to upgrade masks to so-called FFP2 or N95 masks, the thicker ones that fit very close to the face to protect. . yourself more than others.”