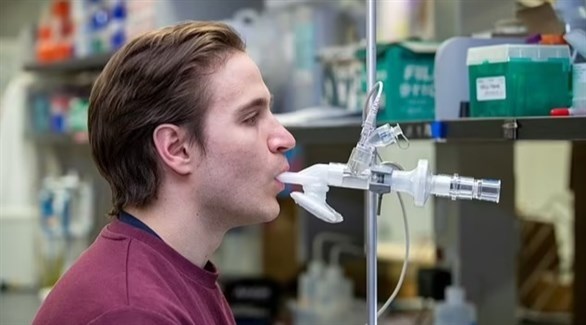 Getting a corona vaccine by injection could soon become a thing of the past, as researchers move closer to producing an inhalable vaccine.

The new vaccine was invented by scientists at Penn State University, and they have already tested it on mice and say the results are encouraging. The researchers found that rodents given two doses of the so-called “air gel” had more antibodies in their lungs, nose and throat than those who received a fake vaccine.

The researchers hope that the targeted antibody response approach can neutralize the Corona virus at the point of infection, and they hope that the new technology, which can also be used against influenza, will have the ability to prevent infection, because it is transmitted. directly into the lungs, unlike current vaccines, which are weak in stopping the transmission of infection.

Research indicates that 10 percent of unvaccinated people did not receive the vaccine due to a fear of needles, known as injection phobia, and human trials of the vaccine must be conducted before it is released for use, meaning the vaccine could take years to spread. widely.

CoMiP nasal spray targets immune cells in the throat and lungs that ingest bacteria and viruses. Once the vaccine is ingested, it begins to produce antiviral proteins. This detects the immune system, allowing it to recognize the pathogen in the future.

The inhaled vaccine contains small pieces of genetic instructions that are sent to respiratory cells and teach them how to recognize corona, and the results of the spray appeared in mice, which were given two doses in the nose two weeks apart, and antibodies. levels were measured in the blood 14 and 28 days after the first dose was given, and in lung fluids one month after the first dose, according to the British Daily Mail.

Dr. Scott Medina, lead author of the study, said: “We have seen an increase in antibodies in the lung that may provide some protection, but not as much as we would like. This is encouraging data, but there is more improvement to be done.”