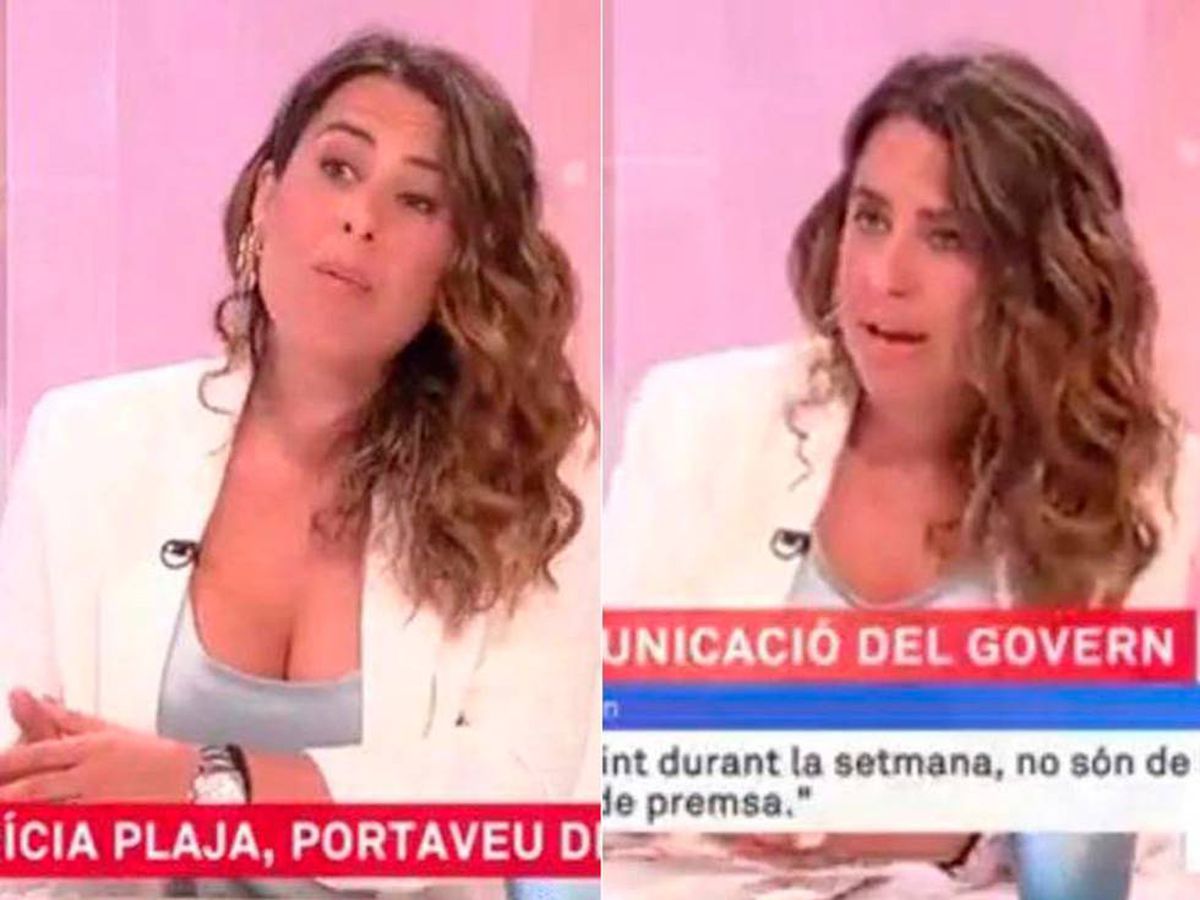 Spinoza presented the truth with a drawing of a rose and a legend: “Be careful, it has thorns”. Only simple rational ideas, like those of geometry, can be recognized as true. We’ll see the rest of the truth. Spinoza did not coexist with television or press offices, which make the truth completely unknowable. If in natural-philosophical circumstances it would be very difficult to understand the split of Patrícia Plaja, spokeswoman for the government of the Catalan Generalitat, the intervention of journalists and consultants makes the case a phenomenon of quantum physics. Does the Plaja snippet exist or is it like Schrödinger’s cat that is alive and dead at the same time?

The team of the matinee from TV3 lifted his shirt during a change of shot in the interview, which was broadcast live on Wednesday. A few journalists noticed the disappearance of the government channel, denounced the censorship and resorted to the intellectual authority of Rigoberta Bandini to say that breasts are scary. What a lack of cathodic historical awareness.

TV has turned its business model around breast exposure: remember Sabrina, saints Madonna from New Year’s Eve. Telecinco built an empire with clippings, and Valerio Lazarov abused them zoom to reveal the pores of even the most famous gutters. At other times, the director of TV3 would have attached four cameras to Patrícia Plaja’s cleavage. Instead, the wardrobe managed a little, an example of the inappropriate politeness of such a rude medium. What’s being pinned here is the controversy, not the Plaja shirt.

For authentic boob terror, check out Spanish television, an Iranian-owned Spanish-language chain where Pablo Iglesias and Irene Montero worked. Find a cutout there without complexes if you have good eyesight. It’s a lot easier to look for Wally.