Schröder: The war in Ukraine as a consequence of political failure 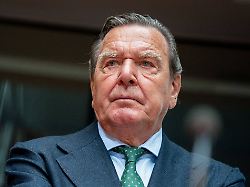 Lower Saxony and Bremen
Schröder: The war in Ukraine as a consequence of political failure

Istanbul/Hannover (dpa/lni) – From the point of view of former Chancellor Gerhard Schröder, “political failure” led to the war in Ukraine. Since the fall of the Berlin Wall and the end of the bipolarity between the Soviet Union and the United States, “we have not created a security architecture that reflects this change in situation,” the SPD politician and former Baja Minister said on Thursday. Saxony. a conference in Kocaeli, Turkey. “And the war in Ukraine is one of the consequences of this political failure.”

Schröder is considered a longtime confidant of Russian President Vladimir Putin and is, among other things, chairman of the supervisory board of the Russian state-owned energy company Rosneft. Therefore, he has been criticized for years: in the context of the Russian attack on Ukraine, the pressure on Schröder continued to mount. In early March, the SPD leadership and Chancellor Olaf Scholz had asked him to resign from his positions in Russian state-owned companies.

Schröder went on to say that both Russia and Western countries had made many mistakes in recent years. But Russia’s security interests did not justify the use of military force. Schroeder also said that everyone should do everything in their power to end this terrible war.

In early March, Schröder traveled from the Turkish metropolis to the Russian capital, where he spoke with Putin. According to reports, he also met with a Ukrainian delegation in Istanbul.