Schröder on talks with Putin in Moscow 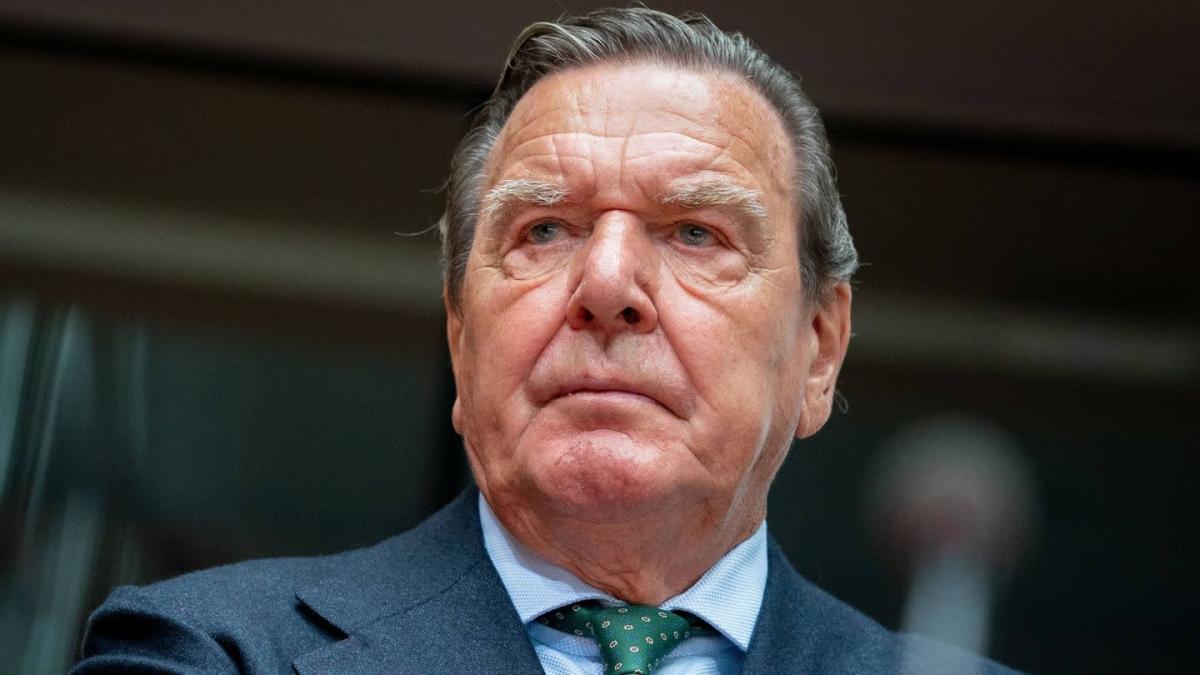 Berlin (AP) – Former Chancellor Gerhard Schröder is in Moscow for talks with Russian President Vladimir Putin about the war in Ukraine.

Corresponding reports from the news portal “Politico” and the newspaper “Bild” were confirmed to the German Press Agency last night. According to dpa information, the first talks between Schröder and Putin took place yesterday. It was initially unclear if more were planned.

“Anything that helps to put an end to this terrible war is welcome,” Klingbeil said last night on ZDF’s “Maybrit Illner” program. We’ll see if it helps. In any case, every conversational situation is “first of all something reasonable.”

The federal government knew nothing about Schröder’s visit to Moscow

The federal government also said that they had not been informed about such a trip. Chancellor Olaf Scholz (SPD) commented on the reports about the mediation mission on the sidelines of the EU summit in Versailles: “I don’t want to comment on that.” And Ukraine’s ambassador to Germany, Andriy Melnyk, previously told the German Press Agency: “I don’t know anything about it. I can hardly imagine that my government asked Schröder to do this.”

Schröder’s wife, Soyeon Schröder-Kim, posted a photo of herself with folded hands and closed eyes on her Instagram page at night, with St. Basil’s Cathedral on Moscow’s Red Square in the background. She did not comment on this image.

According to the “Politico” report, Schröder-Kim accompanied her husband to Moscow, taking a detour through Istanbul. The trip was organized by a politician from Kiev. She is said to have contacted Schröder through the CEO of the Swiss Ringier publishing house, Marc Walder, to inform him that the Ukrainian government would like to see him as a mediator.

On Monday, the Schröder-Kim couple traveled to Istanbul for the first time, where the former chancellor met with a Ukrainian delegation. His subsequent request for a meeting with Putin is said to have been answered positively within ten minutes. Schröder and Schröder-Kim were flown to Moscow on a Russian plane on Wednesday.

Schröder is considered a friend of Putin

Schröder-Kim had already written on Instagram on Saturday: “You can be sure that whatever my husband can do to help end the war, he will do, regardless of ultimatums from the SPD or other organizations like the DFB.”

The former foreign minister is considered an old friend of President Putin, who launched a war of aggression against Ukraine on February 24. Schröder has long been criticized for his connections to Moscow and, in the context of the Ukraine war, there was increasing pressure that he did not give up his business relations with Russia. Specifically, these are positions at the Nord Stream 1 and 2 gas pipeline companies and at the Russian oil company Rosneft, where he is chairman of the supervisory board.

The SPD asks Schröder to distance himself

The SPD leadership has already sent Schröder an ultimatum to resign from his position in Russian state-owned companies. A “rapid” response is expected, party leader Lars Klingbeil said a week ago. So far, no such response from Schröder is known. Later, SPD leaders Klingbeil, Saskia Esken, and eight former SPD chairmen called Schröder in a letter to distance themselves from Putin. “He acts and speaks with clear words,” they demanded. The local SPD association in Heidelberg has already requested an expulsion procedure from the match against Schröder.

The former foreign minister has only spoken publicly about it since the beginning of the war. On February 24, on the LinkedIn online network, he called on Russia to end the war and the associated suffering for the people of Ukraine as soon as possible. At the same time, he stressed that the political, economic and civil society ties between Europe and Russia must not be completely severed if sanctions are necessary.