Scholz’ warns Putin of an attack: “Don’t you dare” 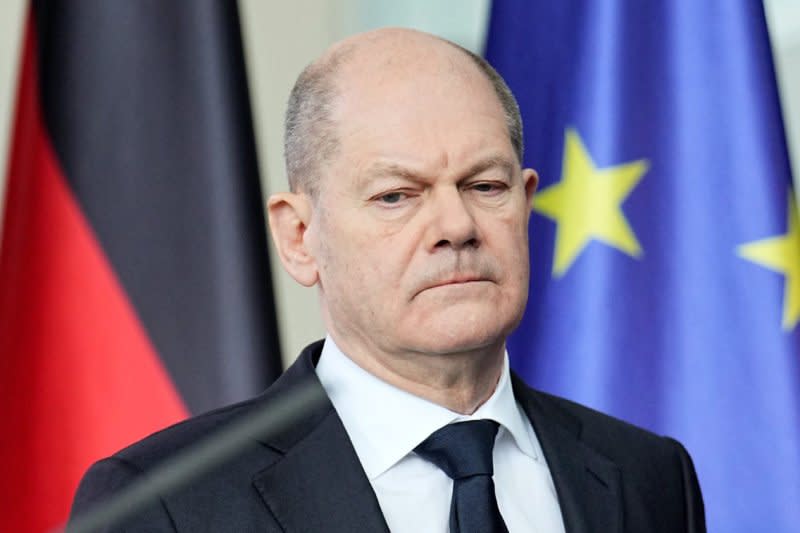 Chancellor Olaf Scholz (SPD) issued a clear warning to the Russian ruler, Vladimir Putin, on the ARD program “Anne Will”: “This is the message we send to the Russian president: don’t you dare,” Scholz literally said, looking possible Russian plans to attack NATO. Scholz also spoke directly to Putin about the possible use of chemical weapons in Ukraine: “Leave him alone,” he warned him.

Germany also wants to strengthen its defenses against war in Europe. Scholz is apparently considering establishing a missile defense shield for all of Germany based on the Israeli model. “That’s definitely one of the things we’re discussing, for good reason,” the SPD politician said when asked if a protective shield against rocket attacks like Israel’s should be spread across the country.

To justify the possible €1 billion project, he said with a view to Russia: “We all have to prepare for the fact that we have a neighbor who is currently willing to use violence to assert his interests. That is why we have to become so strong together that is omitted”. Scholz declined to comment on details yet. “I have decided not to divulge the details of a plan that has not yet been fully discussed here.”

The “Bild am Sonntag” had previously reported on the plan. After that, the acquisition of the Israeli system “Arrow 3” is being considered. It is capable of destroying long-range missiles high above the Earth, up to the stratosphere, the second of the five layers of the Earth’s atmosphere. The Bundeswehr has not yet been able to do this.

According to “BamS”, the costs would be two billion euros. The system would be operational in 2025. After the start of the Ukraine war, Scholz announced a €100 billion program to upgrade the German armed forces. On Wednesday he discussed this with Defense Minister Christine Lambrecht and Inspector General Eberhard Zorn.

Scholz rejected tax increases to finance the consequences of the war and reaffirmed the validity of the debt brake. He referred to the traffic light parties’ agreements in their coalition agreement. “We have reached an agreement in the coalition between the three parties both on the issue of the debt brake and on the issue of tax increases. And all three will finally stick to them.”

Scholz also made it clear that NATO is not seeking a change of power in Russia: “That is not the goal of NATO, or of the American president, by the way.” The foreign minister was reacting to a statement by US President Joe Biden, who on Saturday openly questioned Russian President Vladimir Putin’s rule over the war in Ukraine. “For God’s sake, this man cannot stay in power,” Biden said.

Scholz noted that he had discussed this issue with Biden during his inaugural visit to the White House, even before the Ukraine war. “We both fully agree that regime change is not an object or goal of the policies we pursue together.” It is “the business of the peoples and nations themselves to fight for their freedom.”

Scholz dismissed criticism that Germany was helping finance the Ukraine war with its energy imports from Russia. “Russia is currently unable to do anything with the money it has in its accounts due to our sanctions,” he said. This is a few hundred billion in foreign exchange reserves. “So it is highly unlikely that this connection exists.” According to estimates, Germany transfers a triple-digit million amount for energy supplies to Russia every day, though usually in euros or US dollars.