Scholz and Erdogan call for a ceasefire in Ukraine 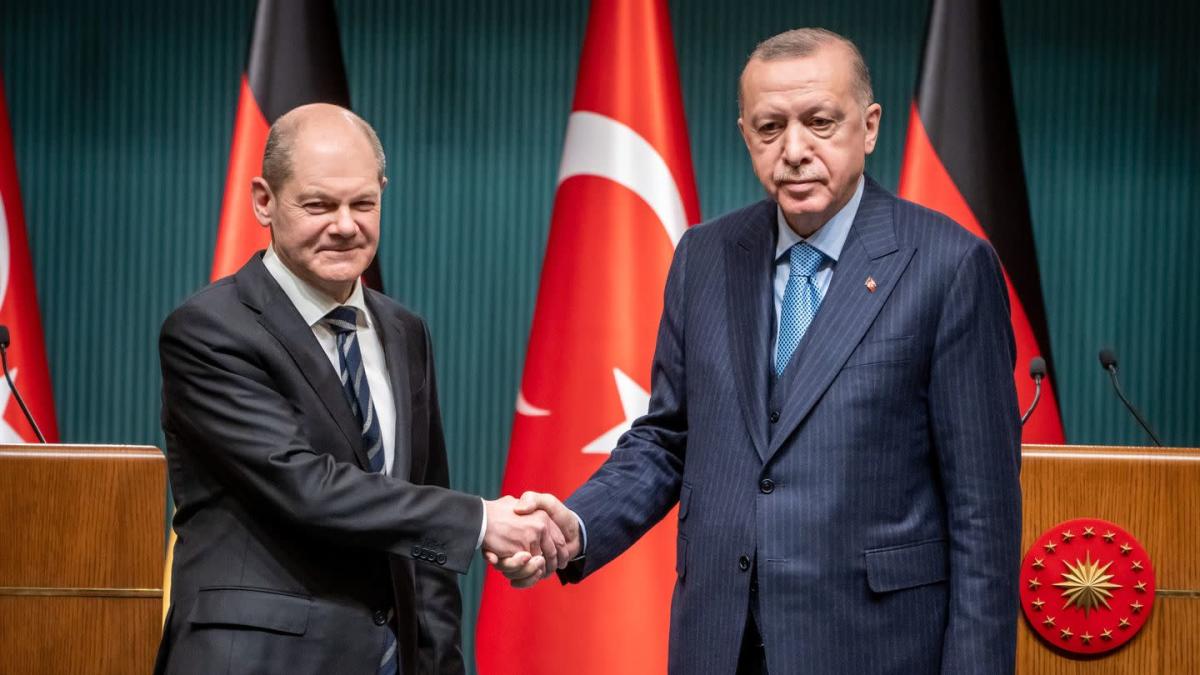 Ankara (dpa) – After two and a half weeks of war in Ukraine, Foreign Minister Olaf Scholz (SPD) and Turkish President Recep Tayyip Erdogan have campaigned together for an early ceasefire.

“We completely agree that there should be a ceasefire as soon as possible,” Scholz said after a two-hour talk with Erdogan in Ankara. There must also be safe corridors for civilians immediately. Erdogan emphasized: “We will continue to fight for a permanent ceasefire.” It was agreed that diplomatic efforts must continue.

Together, Scholz and Erdogan appealed to Russian President Vladimir Putin to stop his war of aggression against Ukraine. “Every day, with every bomb, Russia moves further away from the circle of the world community that we form together.” The sovereignty and inviolability of Ukraine’s borders are not in question.

Meeting of foreign ministers in Antalya initially without results

At the beginning of his inaugural visit to Turkey, Scholz visited the mausoleum of the founder of the state, Mustafa Kemal Atatürk, and was later received with military honors by Erdogan in front of the presidential palace. The visit dealt with the war in Ukraine, in which Turkey offered to mediate.

The NATO country has close ties with kyiv and Moscow. Erdogan has repeatedly emphasized that he does not want to give up any of the partners. Last week he brought together Russia and Ukraine at the level of foreign ministers for the first time since the start of the war.

Diplomatic chiefs Dmytro Kuleba and Sergey Lavrov met on Thursday in the southern Turkish resort of Antalya. Talks remained largely unsuccessful. The fact that they took place was seen as a diplomatic success not only by Turkey itself, but also by Western allies.

Scholz acknowledged that in the wake of the Ukraine crisis, Turkey is once again reaching out to countries with which it has difficult relations, namely Greece and Israel. On Sunday, Greek Prime Minister Kyriakos Mitsotakis traveled to Istanbul for the first time to meet with Erdogan. Israeli President Izchak Herzog was in Turkey last week. “These are good signs of what we need to develop further,” Scholz said.

Scholz is also trying to mediate with French President Emmanuel Macron in the Ukraine war. Most recently, the two spoke with Russian President Vladimir Putin twice in three days. During a 75-minute phone call on Saturday, they called for an immediate ceasefire in Ukraine and a diplomatic solution to the conflict.

For Scholz, the trip to Turkey is the fifth inaugural visit to a country outside the European Union since he was sworn in three months ago. He has previously been to the USA, Ukraine, Russia and Israel.

Apart from the Ukraine war, there was only limited space for bilateral issues. But it was also about economic relations, tourism, which is so important for Turkey, and the expansion of cooperation in energy supply.

However, Scholz also addressed the issues of conflict in the relationship. There are “differences, burdens, different points of view that we have, for example, when it comes to issues of human rights and the rule of law.” Scholz also mentioned Germans who are detained or under house arrest in Turkey or unable to leave the country. There’s been some movement here lately. We hope that there will be a quick solution for many cases.”

Erdogan, on the other hand, ignored the human rights question put to him and was generally satisfied. The conversation with Scholz took place in a “candid atmosphere,” he said. He emphasized the close ties between the countries and stressed that it was important for Turkey to work closely with Germany on regional issues.

Relaxation after a deep fight

After a deep split in 2017, which arose among other things from the imprisonment of German citizens, German-Turkish relations have stabilized somewhat recently. However, the relationship between the two NATO partners is anything but tension-free.

More recently, there was a scandal in October 2021, when the German and nine other ambassadors demanded the release of imprisoned cultural promoter Osman Kavala. Erdogan then threatened the diplomats with expulsion.

Germany and the EU depend on Ankara as a partner, for example, due to the 2016 refugee agreement. In the view of critics, this comes at the expense of addressing human rights violations in the country.