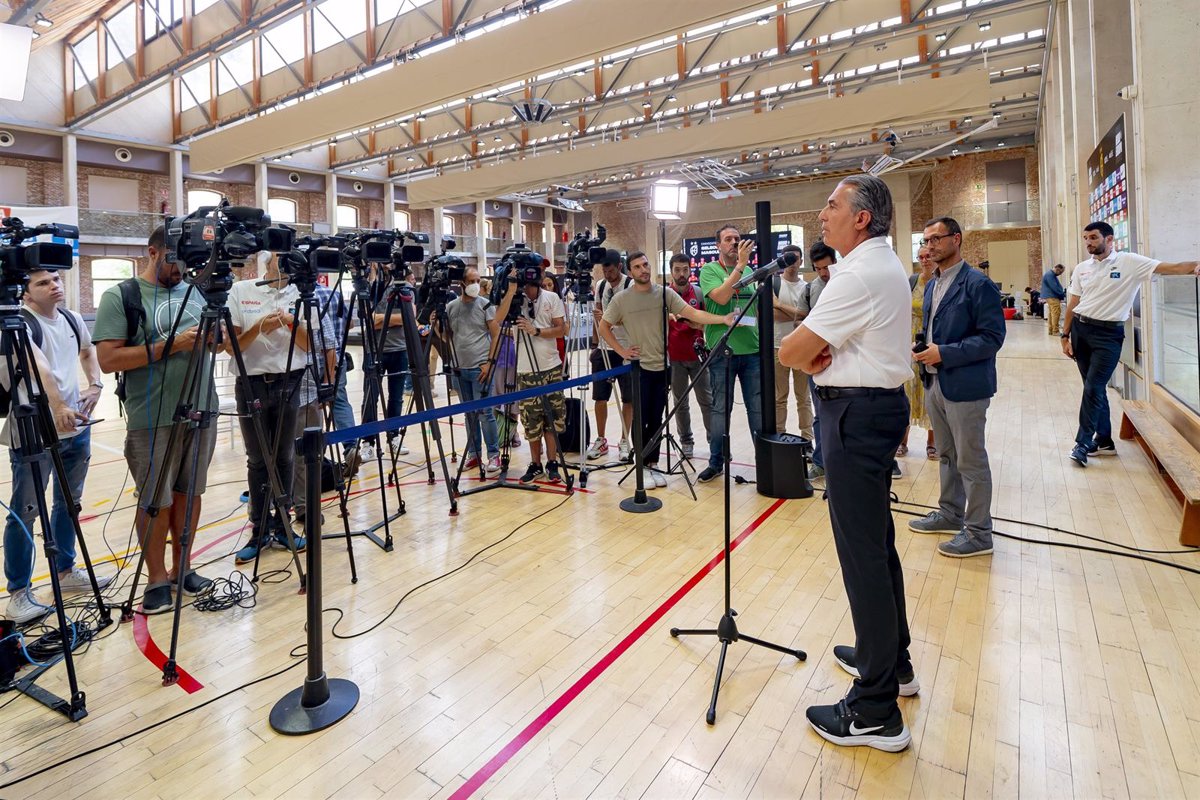 National basketball coach Sergio Scariolo made it clear that despite a “completely new team with very little international experience” they will not give up at the Eurobasket in September and defended the appointment of point guard Lorenzo Braun because “birthplace and skin color never an identification value” in the national team.

“This is a completely new team with very little international experience, but that doesn’t mean we don’t have the solution, the desire and the enthusiasm to do a good job and get back to a side that plays like we have so many Played great basketball for years, admired and even envied by many,” Scariolo told the media after the team’s presentation in Madrid.

The Italian conceded that it ‘maybe’ is the Championship where they are ‘furthest from medal prediction’ but insisted that ‘the result is not a result at this point’ but ‘a team with so many to form new people”. with players who absolutely have to change their role.” “It will be difficult to qualify for the Berlin phase, that’s our first goal,” he warned.

And among those new players is point guard Lorenzo Brown, who was nationalized last month and whose presence he supported despite some criticism. “The place of birth and the color of the skin were never an identification value for this team,” the coach recalled.

“The most important thing is that the players stay united and together, that they do the work necessary to form a team. We have to appreciate the commitment Lorenzo Brown has shown by expressing his desire to be part of this team It’s obvious that the team, with his technical situation, he will benefit from it. From there we will select those that we think make the most sense to be part of the team,” he added.

Regarding the physical condition of Usman Garuba and Alberto Abalde, he clarified that they need to see “their progress” and that both “are probably not only healthy but also have enough to pick up the rhythm of the competition”, although he sees “it difficult to give a date” for its inception. “It takes weeks and if it’s not too late, when they come in 100 per cent, we can see if they can pick up the pace enough to get into the last group,” said the coach.

He also ruled out playing the two matches of the World Cup qualifying windows against the Netherlands and Iceland with the 12 selected for the Eurobasket. “I don’t think there are people we need to dose and others we need to try and give him minutes,” he said.

“Honestly it’s a progression in the direction of how you play in an official competition. The last 12 won’t be there and we won’t be playing with everything we’re going to use in the European Championship, it wouldn’t make much sense. That are games.” which we treat with respect, but we can afford to keep working on this growth,” emphasized the Italian.

The coach praised “two examples of commitment, commitment and the ability to put the team above individuals”, like the two captains Rudy Fernández and Sergio Llull. “On time, they are still able to make a difference with limited wear and volume of time in key moments where experience, character and personality can outweigh freshness of legs,” commented .

Scariolo knows that this should be the “role” of both in the team, but “not only in everyday life”, but also in the important task of “setting an example” for the younger ones who do the work. Structure “grows according to a pattern and parameters” that allow them to “play first in the ‘windows'” and “then in the summer team”.

“There is a very planned process and it can be seen that it follows very clearly marked guidelines. It is important that the example is transferred to young people, but not out of nowhere because there is work behind many years,” he celebrated.