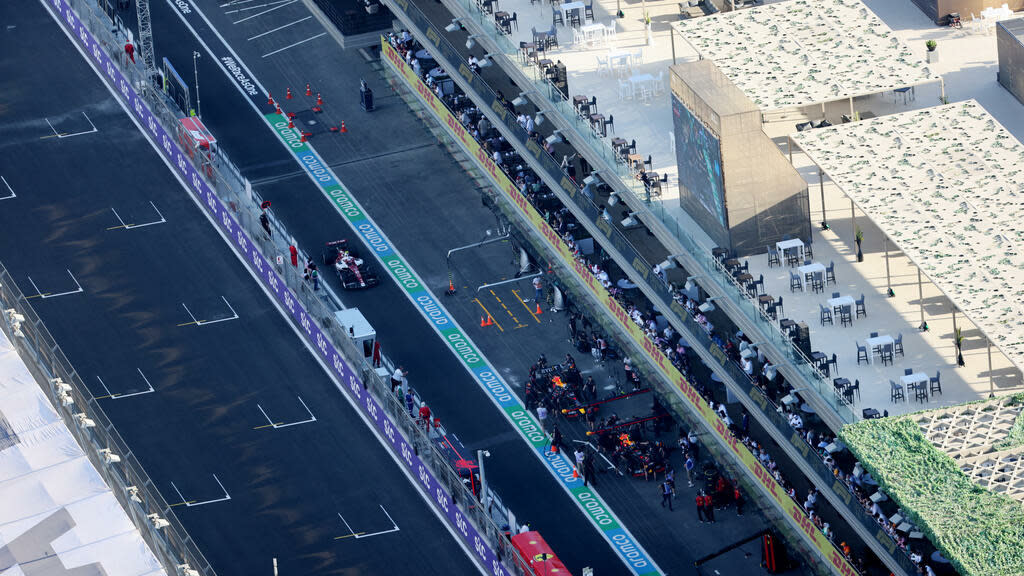 Formula One drivers said on Saturday they would compete in Sunday’s Saudi Grand Prix after lengthy talks and assurances from Saudi government ministers that security was being ramped up to the max in the wake of attacks on an oil facility nearby. from the Jeddah street circuit on Friday.

The drivers met for more than four hours at the Jeddah Corniche circuit in a meeting that lasted until early Saturday morning after Formula One and local organizers had already said the race would go ahead as planned, which that questioned whether they would really compete.

They did not speak to the media after the meeting, but team bosses confirmed that the race had started.

“We had long discussions with each other, with our team principals and with the most important people who run our sport,” the GPDA drivers’ body said in a statement.

“A wide range of views were shared and debated and, having listened not only to the Formula One powerhouses but also to Saudi government ministers explaining how security measures were being raised to the maximum, the result was a resolution that we would practice and qualify today and race tomorrow.”

A huge plume of black smoke rose over Jeddah to the east of the track as cars circled the street circuit during Friday’s first practice.

In their GPDA statement, the drivers said the sight of smoke had made it difficult to stay fully focused as they tackled the high-speed blind sweeps and flat sections of the track located on the shores of the Red Sea.

“Perhaps it’s hard to understand if you’ve never driven an F1 car on this fast and challenging track in Jeddah, but seeing the smoke from the incident made it hard to remain a fully focused racing driver and erase natural human concerns,” they said. . .

Drivers will now take part in the final practice session followed by qualifying on Saturday. The team bosses will also appear at their regular press conference on Saturday.