Saudi Aramco lives its best days. 2021 is the year of impressive results 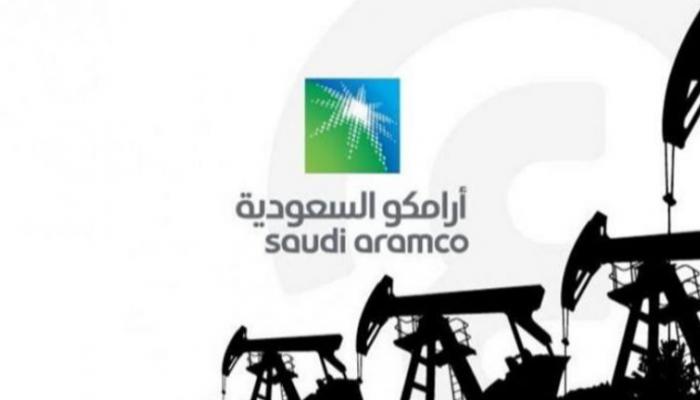 The Saudi Arabian oil company “Saudi Aramco” announced its financial results for the full year 2021, achieving an increase in net profit of 124.4%.

It posted a more than double year-over-year increase in net income to 412.4 billion Saudi riyals (110 billion US dollars).

Saudi Aramco maintained its steady fourth-quarter earnings record and announced a dividend of 70.3 billion Saudi riyals ($18.8) for the fourth quarter of 2021 to be distributed in the first quarter of 2022.

The company also detailed its growth strategy in its exploration and production business, which includes continuing to increase maximum sustainable production capacity to 13 million barrels per day by 2027, and the possibility of increasing gas production by more than 50%. % by 2030.

In the downstream business, the company plans to expand capacity to convert up to 4 million barrels per day of liquids into chemicals to create additional and sustainable value from the barrel of oil. Saudi Aramco also intends to develop its hydrogen production and export capabilities and become a world leader in CCS.

Additionally, the company aims to invest in renewable energy and green natural solutions as it seeks to achieve its ambition to achieve zero carbon emissions, which fall within ranks 1 and 2 at its fully owned and operated commercial facilities by 2050. , including the arrival of greenhouse gas emissions. Methane in exploration and production will drop to almost zero by 2030.

Commenting on these results, Saudi Aramco Chairman and CEO Engineer Amin bin Hassan Al-Nasser said: “The year 2021 was very distinguished for Saudi Aramco in terms of financial and operating results, initiatives, achievements and investments in the future despite the challenges and difficult circumstances the world experienced due to the (COVID-19) pandemic. Our strong results demonstrate our unwavering focus on a long-term growth strategy aimed at enhancing value for our shareholders while while underscoring our financial position, discipline and flexibility to deal with changing market conditions.”

He added: “The current outlook for the oil market appears volatile, but our investment plans aim to harness the growing long-term demand for reliable, sustainable and affordable energy. This includes increasing the maximum sustainable production capacity of our crude oil, implementing our program to expand gas production and expansion of activities from liquid to chemical.

He continued: “At Saudi Aramco, we realize that environmental sustainability and energy security are extremely important, and we continue our investments in carbon capture and storage, renewable energy sources and low-carbon hydrogen production, which support the transformation of the energy sector globally, and contribute to achieving our ambition of achieving zero carbon neutrality.

The most important financial information

Saudi Aramco’s net income increased 124% to 412.4 billion Saudi riyals ($110 billion) in 2021, compared to 183.8 billion Saudi riyals ($49 billion) in 2020. This The increase in net income reflects higher crude oil prices and strong profit margins in the refining and chemicals business, and the consolidation of SABIC’s full-year financial results in the company’s financial statements.

The company announced cash dividends to shareholders for the fourth quarter of 2021, amounting to 70.3 billion Saudi riyals ($18.8 billion), in addition to the board’s recommendation to capitalize 15 billion Saudi riyals ($4 billion). of retained earnings and one share for every ten shares In case of obtaining the required regulatory approvals and the approval of the extraordinary general meeting to issue and distribute these shares.

Therefore, the total cash dividends for the fiscal year 2021 will be 281 billion Saudi riyals (75 billion US dollars), in addition to the equity grants. This is part of the company’s objectives of maximizing total shareholder return by delivering increasing and sustainable earnings in line with future aspirations and free cash flow growth, and creating greater long-term value through investing in the many opportunities available to the company.

As for capital expenditures in 2021, they amounted to 119.6 billion Saudi riyals ($31.9 billion), an increase of 18% over 2020, due to the growth of activities related to projects to increase crude oil production, a gas plant and development drilling programs. . Saudi Aramco expects capex for 2022 to be around 150-187.5 billion Saudi riyals ($40-50 billion). Further growth is expected until about the middle of this decade, which is in line with the company’s belief in the need for major new investments to meet growing demand, given the drop in large-scale energy sector investments in the world.

In light of the progress made on the company’s portfolio enhancement program, last December, Saudi Aramco signed a lease-back agreement for its gas pipeline network with a consortium of investors, led by BlackRock Fixed Assets. (“BlackRock”) and Hassana Inc. Investment (“immunity”). The deal was completed in February 2022 and the consortium of companies obtained a 49% stake in Aramco Gas Supply Company, a newly established subsidiary of Saudi Aramco. Saudi Aramco received anticipated profits of $15.5 billion (equivalent to 58.1 billion Saudi riyals).

Earlier last year, Saudi Aramco completed a similar deal for its pipeline network with another international consortium of investors, including EIG and Mubadala Investment Company. The consortium acquired a 49% stake in Aramco Crude Oil Supply Company, a subsidiary of Saudi Aramco, for $12.4 billion (equivalent to 46.5 billion Saudi riyals).

Saudi Aramco also issued three Sharia-compliant US dollar sukuk tranches worth 22.5 billion Saudi riyals ($6 billion) in the second quarter of 2021, as it seeks to expand and diversify its capital. It was the world’s largest issue of sukuk denominated in US dollars.

The most important operational information

During the year, the company managed to complete and unite the two projects to increase crude oil production in Ain Dar and Fazran, and construction work continued within the program to increase production in the Marjan and Berri fields.

Saudi Aramco continued its strong track record in supply reliability, through the delivery of crude oil and other products, with a high reliability of 99.9% in 2021, despite the challenges caused by the emerging pandemic of the Corona Virus (Covid-19). This is the second year in a row that Saudi Aramco has achieved this level of reliability.

The company has also made progress in expanding its downstream business, including the successful start-up of the 400,000-barrel-per-day Jazan refinery.

In October, Saudi Aramco and Total Energy launched the Kingdom’s first retail fuel service stations, with plans to develop a network of more than 200 service stations and expand the range of high-quality retail services. In December, Saudi Aramco announced its entry into the domestic lubricants market in the Kingdom of Saudi Arabia, introducing a new line of automotive lubricant products to consumers under the Horizon® brand.

Saudi Aramco also announced its ambition to achieve zero carbon neutrality within Scopes 1 and 2 at its wholly owned and operated business facilities by 2050. This ambition reinforces the company’s long-term sustainability goals, as it has a track record for lowest carbon intensity in exploration and production in the energy sector.

Saudi Aramco is also among the signatories to the initiative to reduce methane emissions. It is the climate initiative of oil and gas companies, which includes striving to achieve near-zero methane emissions in the oil and gas production business by 2030. The Saudi Aramco Sustainability Report, to be published in the second quarter this year, include more details about it.

Last August, Saudi Aramco announced that it had acquired, through its wholly-owned subsidiary Saudi Aramco Energy Company, a 30% stake in the 1,500-megawatt Sudair Solar Project. This project will be one of the largest solar power plants of its kind in the world.

Saudi Aramco also announced a major expansion of the “Aramco Namaat” industrial investment program, which aims to harness the vast opportunities available in the Kingdom to create new value and drive economic growth and diversification.