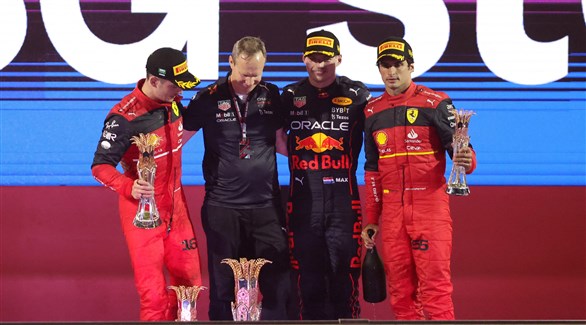 Max Verstappen emerged victorious in a stunning battle with Charles Leclerc to win the Formula 1 World Championship in Saudi Arabia on Sunday.

Ferrari tricked Red Bull into knocking Leclerc out of Sergio Perez’s pole position, as the Austrian team took the Mexican to a pit stop and returned to fourth after the safety car’s descent onto the track exacerbated the matter.

Verstappen entered a thrilling contest with Leclerc seven laps from the finish, overtaking his rival from Monaco on lap 47 of 50 laps, and then held on to earn his first win of the season after the Red Bull duo pulled out of the Bahrain Grand Prix.

Mercedes made another mistake by warning Lewis Hamilton late to make a pit stop before the pit closed because Daniel Ricciardo’s McLaren stalled on his driveway, leaving the seven-time world champion settling for tenth position.

Alpha Tauri’s Yuki Tsunoda did not start due to a problem with his car, and Haas’ Mick Schumacher missed the race after suffering a major crash in qualifying on Saturday.