Saudi Arabia, Qatar, Russia: football is caught in the clutches of evil 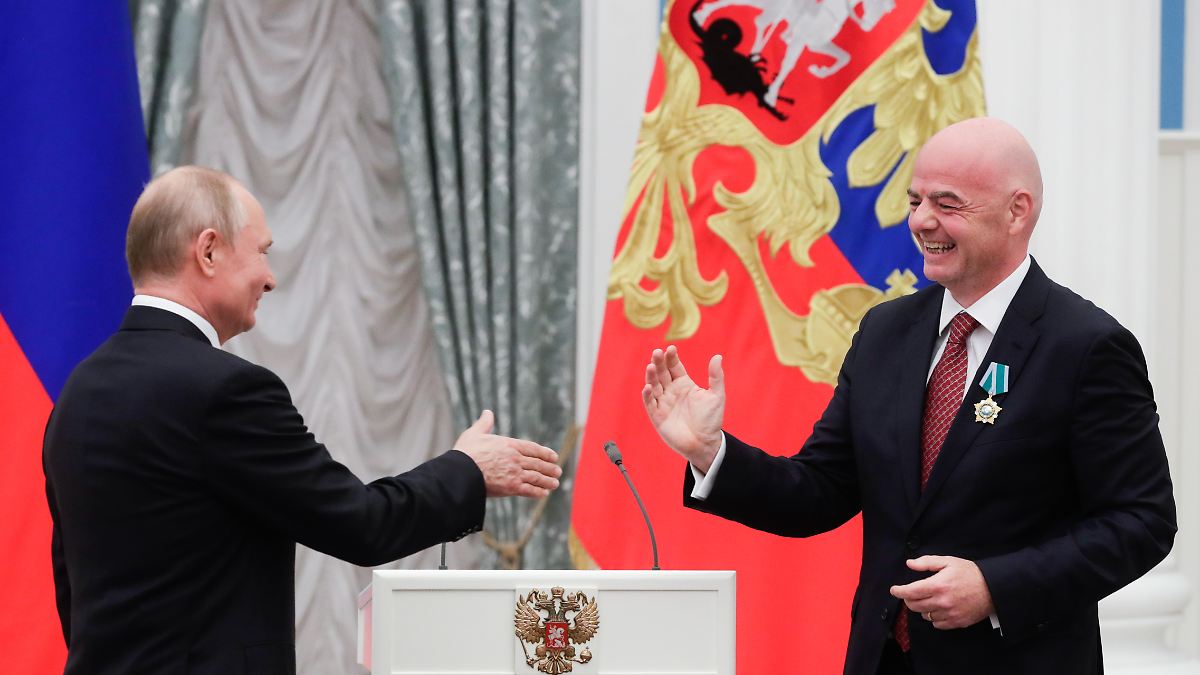 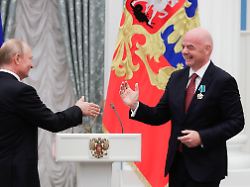 Saudi Arabia, Qatar, Russia
Football is caught in the clutches of evil

Gianni Infantino meets Saudi Crown Prince Mohammed bin Salman, the Qatari owner of Paris St. Germain is said to have raged in the referee’s booth after the end against Abramovich receiving penalties. Football can no longer be saved.

You can also take a break there. Neymar, Lionel Messi and Kylian Mbappé against Real Madrid’s gang of old men. So if Paris St. Germain is knocked out of the Champions League, things can’t be right. And so a culprit was soon found. Referee Danny Makkelie had whistled alarmingly wrong, PSG owner Nasser Al-Khelaifi thought, and prepared to tell him exactly that in clear words. It didn’t go down very well.

I didn’t want to hear that at all. It is said that the objects flew and the referee’s cabin was left in a condition that was no longer so respectable. It can happen in the heat of the moment. It became really annoying when someone dared to film that too. “I’m going to kill you,” was the only logical response. What happens in the cabin stays in the cabin and is not leaked. Especially not when it comes to a man of honor like the president of PSG.

Nasser Al-Khelaifi is not only the owner of Paris St. Germain, but also the CEO of beIN Media Group, which has made a difference in football. They brought him money and fame. He always better players with more and more money. Which, of course, is also in the interest of UEFA, which attracts worldwide attention with its premium “Champions League” brand and whose executive committee has been Al-Khelaifi, a former tennis player who once lost to Thomas Muster. in two sets, since 2019.

Just last year, Al-Khelaifi bravely resisted rogue clubs who wanted to set up their own Super League without UEFA. It was not there, perhaps also because it owns the rights to the “Champions League” in the MENA region, the Middle East and North Africa with beIN, and the rights are around 550 million euros for three years established. For the people of MENA, there should be a triumph for the Paris-Qatar team, shortly before the 2022 World Cup in the desert state. Nothing will happen again. The anger is understandable.

At least, one could say, Makkelie was not found dismembered in the cabin. Soccer has its hand in it. Appeasement in the best sense. That just doesn’t happen in top world sport. Also because there are people like the president of FIFA, Gianni Infantino, who always tries to find balance and goes where it can hurt him.

Just a few days ago, after this not only inopportune event around his old acquaintance Vladimir Putin had leveled off at a fairly high level of emotion and FIFA had reacted in all consistency, Infantino, who was recently living in Qatar, was already on the road again. . He met Saudi Crown Prince Mohammed bin Salman, who shed an unwanted critic in 2018 almost in self-defense but has now been embraced by football for some time as the mastermind of Newcastle United. Of course also from Infantino, who wants to bring peace to the world with global sport. They think about these categories in FIFA.

In the grip of madness

“The meeting was about opportunities for sports cooperation and ways to develop and expand them,” a Saudi news agency said in a nutshell about the meeting between bin Salman and Infantino. The agency made it clear: this is about the future of the game. Especially now that a reliable partner for the popular sport has parted ways with Putin’s Russia. Which, of course, is extremely annoying for the Chelsea club Chelsea, which can no longer sell tickets and, according to the latest sanctions, cannot even be sold by the previous owner, Roman Abramovich. The oligarch’s relationship with Putin remains unclear. But the British Ministry of Finance is sure: it is close to him. That’s why his assets are frozen for now. And his club, Chelsea, completely disabled.

What we learned from the meeting between Infantino and bin Salman in Riyadh earlier this week, yesterday of Al-Khelaifi’s outburst in Madrid and the sanctions imposed on Abramovich, is nothing new. Football is in the clutches of autocrats, despots and dictators. In her turbo-capitalist greed for more and more money and his megalomaniacal overconfidence, he has walked into a dead end. And no one is seriously interested in backing down. There are no protests, no outrage, and no boycott by viewers, at most an alienation that proceeds very slowly. All monstrosities have a price. At the highest level, the game is long lost. He can hardly save himself. That is the bitter realization of these days.