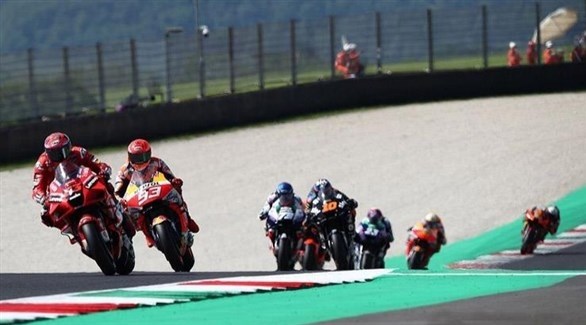 Responding to questions from journalists on the sidelines of the Formula 1 Saudi Arabian Grand Prix scheduled in Jeddah next week, the Sports Minister said “the Kingdom has already become a stronghold for motorsports in the region. through the Formula E World Championship for electric cars. , the Dakar Rally and other events”.

“We are now organizing three FIA ​​World Championships and we look forward to more in the future. There is an ambition to expand and develop the motorsports we organize, and one of them is the idea of ​​organizing a MotoGP Tour in due course.” .”

“I know it will require a different type of race track than Jeddah to fit the motorcycle specifications, but with the new theme park currently under construction in Qiddiya this is something that will be considered in the future.”

The MotoGP World Championship has been held in Qatar since 2004, and the Night Grand Prix is ​​the only Middle East Tour on the calendar at the moment.

Saudi Arabia made its Formula 1 debut last December as part of a 15-year long-term deal.

The race is expected to eventually move to Qiddiya, about an hour’s drive from the capital Riyadh, once a permanent circuit is established there.

The Saudi sports minister said ticket sales for this year’s race were strong, with much higher demand from international fans.

“Like many promoters, we have seen the huge impact of Max Verstappen,” he said.

“There is a lot of interest from Dutch fans who want to buy tickets and support their champion at every race in the world.”

Verstappen qualified second in the opening race of the new season in Bahrain last Sunday and was vying for the lead. He was second when his car had technical problems and he retired from the race.