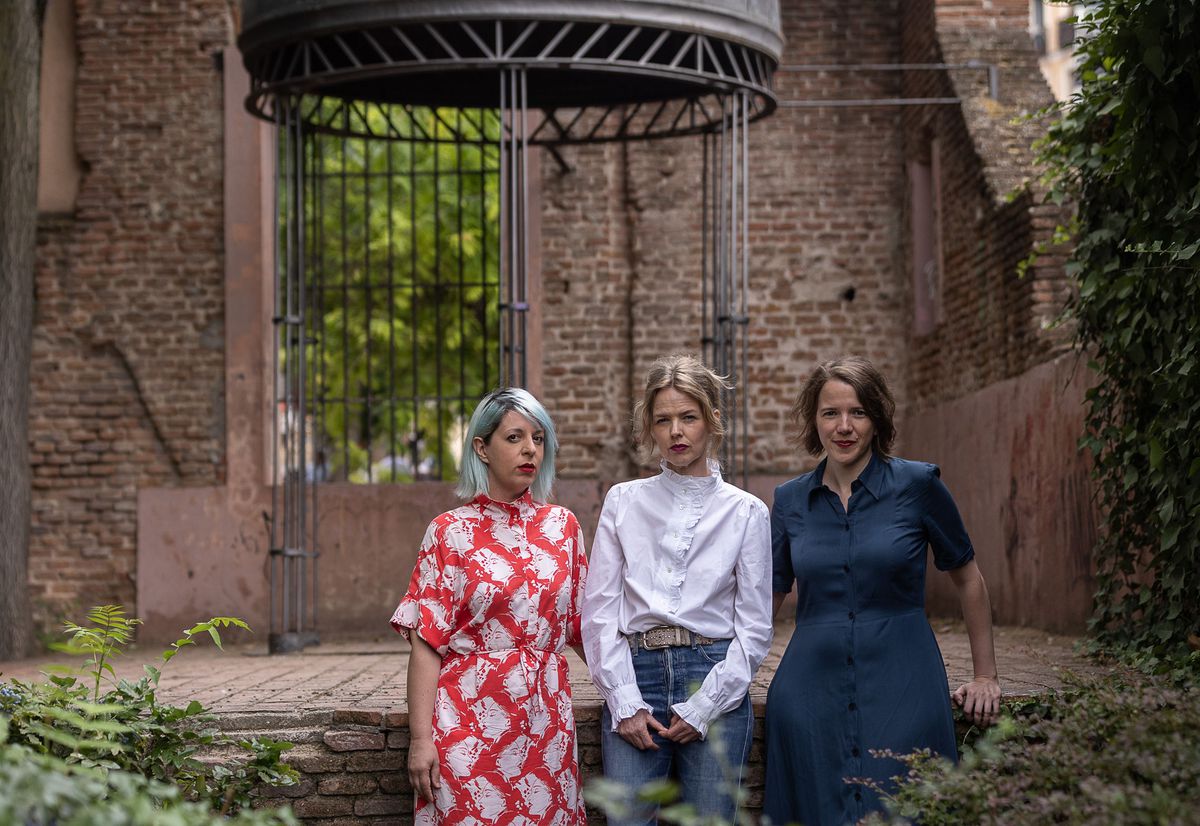 Ovid wrote in his heroes that Sappho jumped off a cliff after being rejected by Phaon, a beautiful man who had even fallen in love with the goddess Aphrodite. Parallel to this, and almost contradictory, another legend emphasizes her homosexuality to such an extent that she has gone down in history as an icon of lesbianism, a term actually derived from her birthplace, the Greek island of Lesbos, around 630 BC. dates from . C. But the latter is one of the few who, from everything that has been circulated about her personal life, is taken for granted and omits the essential: that Sappho was one of the most important poets of ancient Greece. No love suicide or tortured wife. On the contrary, she was very popular in life. So much so that her face was stamped on coins and Plato cataloged her as “the tenth muse”.

This is the safo that singer-songwriter Christina Rosenvinge, playwright María Folguera and director Marta Pazos want to bring forth in one of the shows that will mark the theatrical summer in Spain: sappho, a “visual, musical and scenic poem” featuring original songs by the Greek poet, set to music by Rosenvinge, supporting lyrics by Folguera and staged by Pazos. But beware, with a clear premise that Plato himself refutes: “Sappho is not the muse, she is the genius,” the three write in the text of the work presentation. It was artist, not inspirational. And his success could be compared to that of a current rock star, because we must not forget that his verses were born to be sung, not read. “He even invented the plectrum [un tipo de púa] so that his lyre could be heard better when he performed in front of large audiences. Today his lyre would be a guitar or maybe a synthesizer,” Rosenvinge summarizes at a meeting with EL PAÍS along with Folguera and Pazos in Madrid, on the eve of settling at the Roman Theater in Mérida this week The show opens this Wednesday as part of the International Classical Theater Festival. A room Sappho himself could have dreamed of. From there will jump to Romea in Barcelona on July 14 as part of the Grec festival, and on August 20th it will be shown in Sagunto. It will also play a season at the Teatros del Canal in Madrid in the fall.

Rosenvinge had to start from scratch, as the melodies were lost entirely after Pope Gregory VII ordered the burning of the manuscripts that compiled them, believing them to be immoral. Of his ten thousand verses, only fragments of 10% of his poems and a few epithalamias (wedding songs for which he created his own rhythm and a new meter, later called Sapphic) have survived: “It was not possible to preserve the original sonority of those songs reconstruct that had such an impact on antiquity; they are an enigma. But it is possible and very tempting to delve into his mind and begin a game as delicious and infinite as his poetry. After all, the fragmentary form in which his work has survived is just that: an invitation to imagine.” It was that invitation that led Rosenvinge to electronic rock. And this is how Sappho will sound on the show. With electric guitars. All played live.

She will be sung by Rosenvinge himself, as a sort of reincarnation of Sappho, accompanied on stage by musical artists Irene Novoa, Xerach Peñate, Lucía Rey and Juliane Heinemann, and actresses Lucía Bocanegra, María Pizarro and Natalia Huarte. All women. Perhaps recreate the environment in which the life of the Greek poetess unfolded, who ran a school for young nobles from Lesvos: there her students learned to recite poetry, sing, make crowns or flower pendants. From her poems it is interpreted that Sappho fell in love with her female students and had relationships with some of them. Therefore, her image was forever associated with lesbianism.

But that’s the least of the Safo’s on this show: what both Rosenvinge, Folguera and Pazos have been interested in is not so much who the poet was singing her verses to, but what she was singing. “Because deep down, who he was singing for was love and desire within himself. This image of Sappho suffering from love is an interpretation made of her. If you delve into his poetry, what there is is a celebration of love. Is not a me suffer, but me desire,” says Rosenvinge. “And let’s not forget that it’s the first me desire history. Sappho was the one who introduced subjectivity into poetry. The first to speak from the Self. Everything used to be epic poetry,” Pazos recalls.

Pazos based the staging on the iconography associated with Sappho. “We checked how it has presented itself over the centuries. That’s where the plasticity of the show comes from,” explains the director, pointing to her cell phone an early 20th-century painting by John William Godward which shows the poet sitting in an idyllic neoclassical garden, perhaps one of her most famous depictions. Everything in the show is actually based on that very game: the tension between what was real and what the story later imagined. “We alternate between the hidden and the revealed, in a constant dialogue between what has been lost and what is left. From the archaic Sappho to the mystical or romantic. The theater itself is Sappho, appearing draped in peony-colored fabrics like a bridal bouquet. The architecture is in front of the viewer’s eyes, but it is not fully revealed, just like in Safo’s own story, where there is always something that does not fully reveal its genius,” adds Pazos.

For his part, Folguera created the common thread of the montage. It places the protagonist in a garden on Lesvos, where the poetess has summoned the protective muses of art to find out what will become of her name in the future. As the playwright sums it up: “The goddesses then take Sappho on a journey through time: from Ovid to the 21st century, from lost verses to an auction at Christie’s. This allows us to play with all the doubts and projections that have been made about it. But we will also get closer to the human Sappho, the artist who played at weddings and sang to various women of desire. Sappho invented our way of understanding love.