Santos is confident that Portugal can qualify for the World Cup 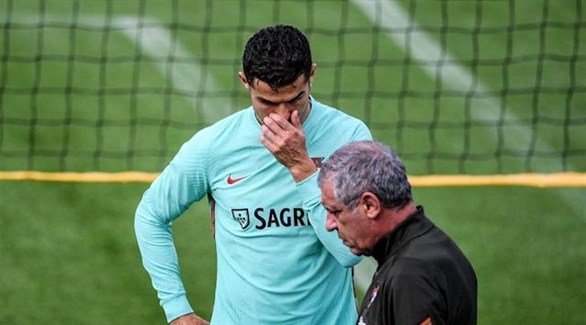 Portugal coach Fernando Santos expressed confidence in his team’s ability to deal with the pressures in the competition to qualify for the 2022 FIFA World Cup.

The Portuguese team will face their Turkish counterpart in the semi-finals of the third day of the qualifiers in Porto on Thursday, and if they win, they will face the winner of the match between Italy and North Macedonia next Tuesday, to reserve a place in the Cup of the world.

The Portuguese team was forced to go through things the hard way after losing to Serbia 1-2 last November, causing the team to lose direct qualification for the tournament.

However, Santos emphasized that the winner-takes-all nature of qualifying can bring out the best in his players, having previously won two finals with him.

“What happened was always something positive. In the final two games we played, the victory was ours,” Santos said at a press conference on Wednesday.

He added: “In these decisive matches we gave positive reactions, with the exception of the last match against Serbia, the players have experience and can overcome obstacles.”

“We fought in those finals to please 11 million people. Tomorrow in the next final we will try to do it again,” added Santos.

The Portuguese national team, one of the main European teams, will face a difficult task to reach the final of Qatar 2022, where they will face Turkey and possibly Italy during the next six days.

Failure to qualify for a major tournament for the first time since 1998 could cost coach Santos (67 years old) his job, but he does not think about his future in the decisive matches.

“I understand the reason for my question, but I am very focused on how we play tomorrow and we know what we have to do,” he added.

Santos explained: “The team is in a state of high concentration and motivation. We know that we are responsible for reaching that stage. We must win to be in the World Cup.”

He concluded his remarks by saying: “All our focus is on the game we have tomorrow against Turkey.”