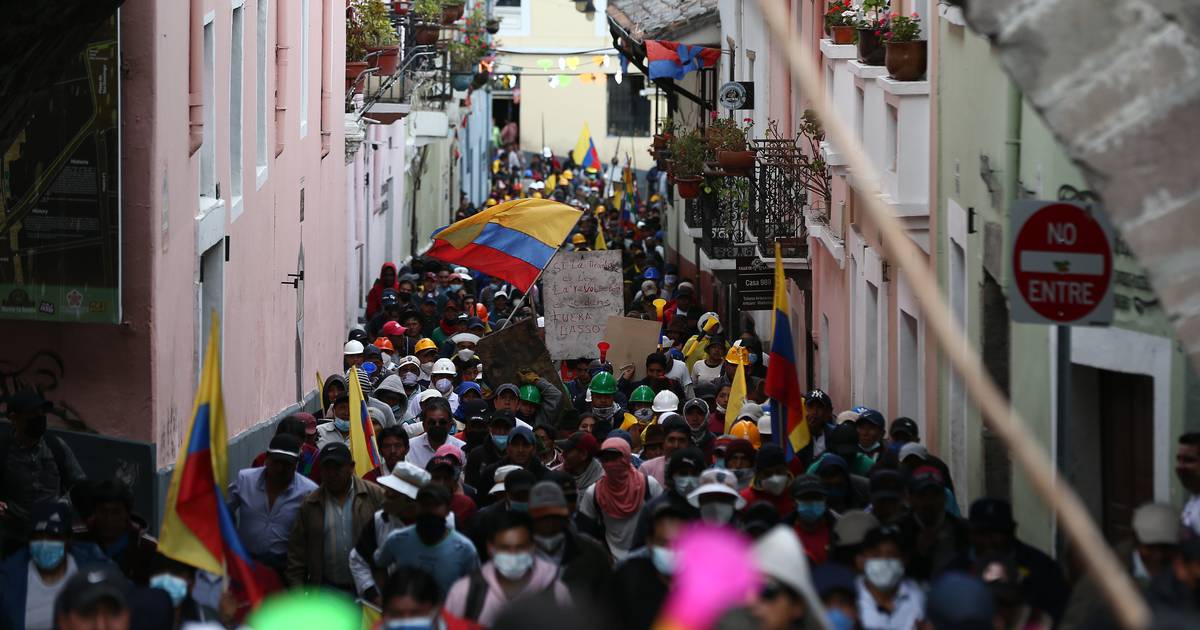 Quito Mayor Santiago Guarderas said he had spoken with Government Minister Francisco Jiménez to ask him to reconsider the state of emergency decree and include the city of Quito.

“President Guillermo Lasso has repeatedly and firmly declared his commitment to protecting the capital,” he wrote on his Twitter account.

I just spoke with the government minister @panchojimenezs asking him to reconsider the decree on the state of exception and to include the city of Quito.
President @LassoGuillermo has repeatedly and firmly declared its commitment to protecting the capital.

Previously, the burgomaster had asked the national government to strengthen the security of the metropolitan district of Quito, with all the necessary personnel and law enforcement resources.

The request is based on the fact that “unidentified persons have been shown to set fire to property, block roads, puncture and burn vehicle tires, loot, damage public and private property, generating terror and panic among citizens,” a statement read. of the Municipality. .

An hour ago, Minister Jiménez explained why Pichincha is not in Executive Decree No. 463 a state of exception in Azuay, Imbabura, Sucumbíos and Orellana, due to serious internal unrest.

“States of exception are produced by real situations and the province of Pichincha, for the moment, does not have, according to the reports of the security committee, situations that justify this state of exception”, he said. he declared this evening during a press conference.

Then he argued that if these circumstances occurred in the next few hours, it should then be included in the provinces in which states of exception were decreed.