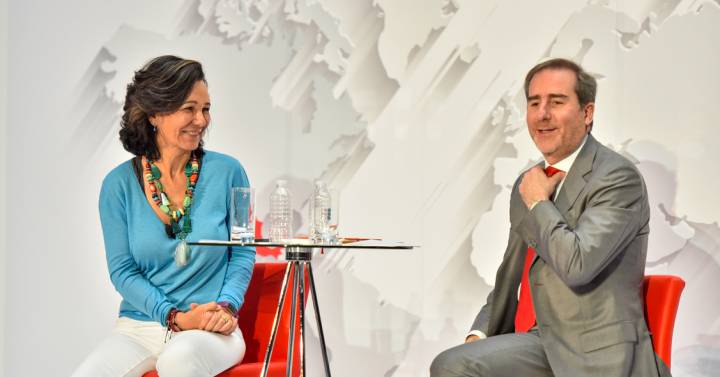 Santander already has a replacement for Jose Antonio Alvarez as CEO. The institution, directed by Ana Botín, is about to appoint a director of the house, Hector Grisi, as the next CEO. Grisi is currently Regional Manager for North America and CEO of Santander Mexico.

“The Board of Directors of Banco Santander announced today that it has proposed Héctor Blas Grisi Checa, current CEO of Santander México and Head of North America Region, as Group CEO and member of the Company’s Board of Directors, effective January 1, 2023,” the group stated in a relevant fact sent to the CNMV The news was pushed by the Bloomberg agency.

Grisi will take over the position fully and will be the company’s number two in early 2023 after a transition period. The appointment requires the approval of the European Central Bank (ECB). In this way, Grisi will be responsible for all of the bank’s regions, countries and global operations, reporting directly to the board under the new management structure approved by Santander earlier this year.

And last March, the President of the Bank, Ana Botín, delegated part of the executive powers in favor of the CEO following the Anglo-Saxon Governance Model, recommended by the ECB itself, in which executive functions are vested in the CEO and the President retains the presidency of the Executive Board. In reality, Santander opted for a mixed model between Spaniards and British, as Botín retains part of his executive powers and actually has the powers over the strategy of part of the group’s business.

The bank’s president recently accelerated the search for candidates to fill the CEO position. Álvarez’s relief had been planned since 2018, when the Spaniard pledged to remain in office following the failed signing of Italy’s Andrea Orcel.

Hector Grisi Czech He is Executive Chairman and CEO of Grupo Financiero Santander México and Banco Santander (Mexico). Grisi joined Santander from Credit Suisse in 2015, shortly after Ana Botín was appointed President. He has led the bank’s business in Mexico and is credited with transforming the businesses, with customer numbers growing by more than 40%. In December 2019, Grisi took over the management of Santander in North America.

Coincidentally, Santander has focused on growth in Mexico. The company is among the candidates to buy Banamex, the Mexican Citi subsidiary that the US bank has put up for sale. According to Bloomberg, Santander is the only foreign bank to have made a bid for the company, and Grisi’s appointment as director comes in a context where Mexican President Andrés Manuel López Obrador has expressed his preference for Banamex to transition from local ones investors.

Loot, as de Grisi pointed out “his excellent results as CEO of Santander Mexico and Head of North America”, which he believes “speak for themselves and are the best example of why the Board has selected him to lead and lead the bank in this new phase of growth and transformation.” “.

Grisi added that “it’s an honor to succeed” Álvarez. The new CEO stressed that “diversification and customer focus” offer growth opportunities “that are not easy to replicate.” For the new number two, “we have the strategy, the business model and the talent to generate value and realize our full potential”.

Botín also thanked Álvarez his work in the unit for the past 20 years. “His leadership and dedication have been fundamental to Santander’s success and he has been a very important support to me over the years,” said Botín. For his part, Álvarez has promised to “work with Héctor” in the coming months “to ensure the transition is orderly” and to continue to support “the growth and development of the group as non-executive vice president” from next year.

The outgoing CEO joined the group in 2002 After various positions, he was appointed CEO in November 2014 when, following the death of his father Emilio Botín, his daughter Ana became President of the Bank. Four years later, in September 2018, the company announced the signing of Andrea Orcel from UBS as the new CEO. But disagreements between the company and the Italian over pay led to the suspension of the appointment. It was then decided that Álvarez would remain CEO of the group, in addition to holding the position of vice president of the board.

The bank points out that since Álvarez took over as CEO, The company has increased its profitability Real Capital (RoTE) from 11% in 2014 to over 14% in Q1 2022, while the CET1 capital ratio has increased from 8% to over 12% over the same period.

In addition to the changes mentioned, R. Martín Chávez, who is currently the external director of the bank, will leave the board on July 1, 2022. Chávez will continue to attend Santander’s International Advisory Board meetings and will continue to be the director of PagoNxt, the group’s payments business.

Algeria announces major gas discoveries that are not yet confirmed