Santander triggers the result in Spain, earning 4.894 million through June, up 33% 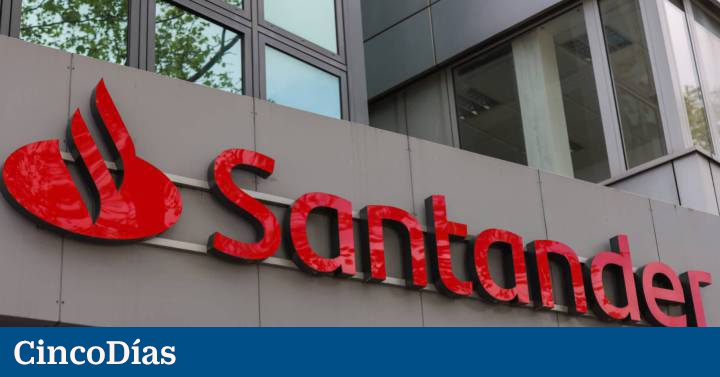 Santander triggered its advantage between January and June. The company, managed by Ana Botín, registered a few in the first half of 2022 Profit of 4,894 million euros, that is 33% more than the 3,675 in the same period last year. On an ordinary basis and excluding €530 million in restructuring costs in the first half of 2021, earnings increased by 16%. In any case, that number is higher than analysts’ expectations, which had been expecting around 4,700 million.

The results were fueled by income generation (lifted key bank margins to double digits) and the contribution of the business in Spain, which has shot up thanks to lower costs and provisions. Despite the uncertainties caused by high inflation, the war in Ukraine and the energy crisis, the bank has confirmed both its targets for this year and its dividend policy. Santander intends to distribute about 40% of ordinary earnings equally between cash dividends and share buybacks. In the early stages of the trading session Shares fell more than 3%.

By geographic markets, Brazil and United States They were once again the engines of the business. The South American country contributed 1,365 million to ordinary profit, down 1% as expenses were higher despite higher revenues. This is a key market for the group, where it faces the challenge of checking the solvency of customers in an environment of high inflation (it recently rose to 11.39% but underperforming forecasts) and interest rates with very great severity , which reach 13.25% per year. Meanwhile, the US market contributed 1,090 million (-21%). For his part Mexico reported a 32% increase in profit to $546 million.

In Europe, United Kingdom was the most significant country, contributing an adjusted profit of 736 million euros (+6%), driven by strong volumes and sales. In this respect, it benefited from the interest rate hike by the Bank of England since the beginning of the year. Spain, in turn, ordinary profit shot up to 652 million (+86%). The improvement in earnings in Spain was due to higher sales, lower provisions and lower costs (-14%). And it should be remembered that Santander carried out an ERE in Spain last year, which resulted in the departure of 3,572 employees, the relocation of another 1,500 and the closure of around 1,000 offices.

In terms of income, the entity increased all indicators of typical banking. The gross margin increased by 10.7% to 25,120 million, despite the low interest rate environment in Europe (the ECB made the first increase in 11 years last week). This was mainly supported by a 13.7% increase in the interest margin and a further 7% increase in commissions.

That Costs increased by 5% due to inflation, although excluding this effect they fell by 4% in real terms, due to the restructuring plans implemented last year (particularly in Europe) and higher productivity. This helped improve the efficiency up to 45.5%, which is 20 basis points lower than at the end of June 2021. This is one of the best efficiency ratios among comparable banks. Likewise, the return on tangible capital (RoTE) was 13.7% (+187 basis points), well above the cost of capital and the company’s year-end target of 13%.

In terms of solvency, the CET1 Capital Ratio fully loaded was 12.05% and thus roughly within the target range of 12%. Non-performing loans fell 17 basis points to 3.05% and coverage also fell to 71% from 73% previously.

Previous articlePrince William + Duchess Catherine: This is how their new life in Windsor will be
Next articleThey shine at the flower show