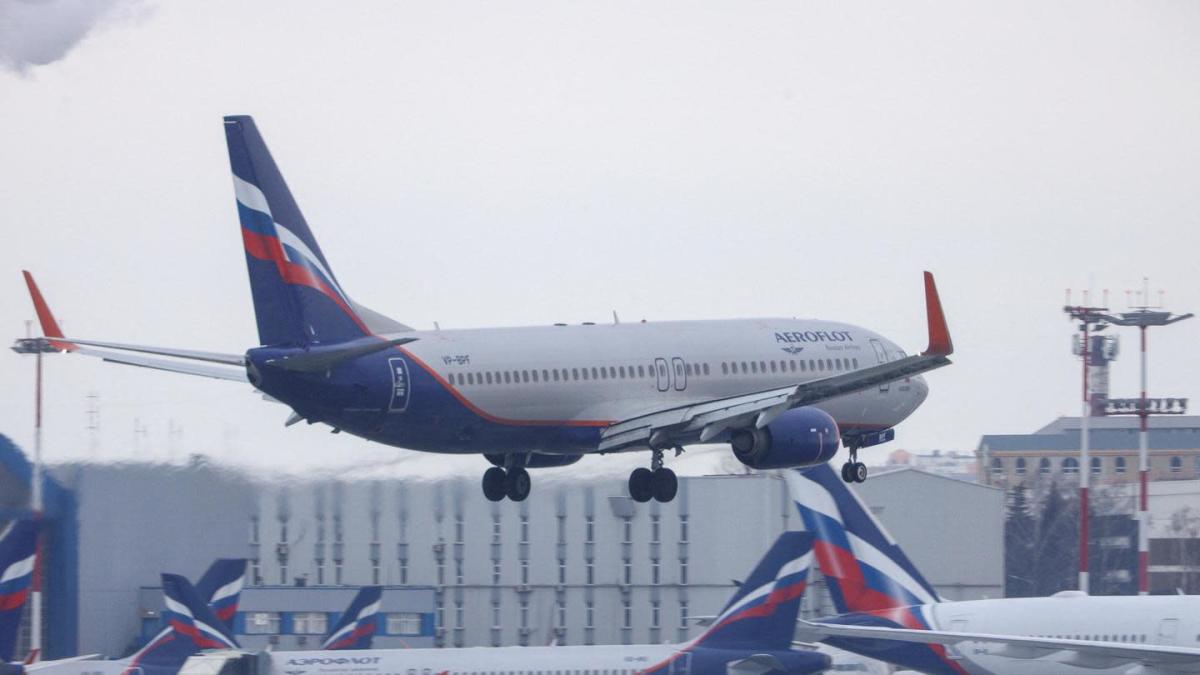 The Kremlin plans to nationalize hundreds of Western aircraft. That can hardly be prevented. But Russia will only be able to use the planes to a very limited extent.

On the night of March 2-3, a plane operated by the Russian state airline Aeroflot flies from Moscow to Cairo. In normal times an ordinary flight, almost every day a plane takes off from Moscow shortly after 9:00 p.m. to land in Egypt between one and two in the morning. But since Russia attacked Ukraine, everything is different also in aviation. The flight is used, for example, to explain how Russia is flouting agreements economically, and how little the West can do about it.

Just days after the invasion, the EU imposed sanctions on Russia, which are also hitting the Russian aviation industry hard. Russian airlines are no longer allowed to fly in European airspace, aircraft manufacturers Airbus and Boeing are not. machinery and spare parts to Russia, Russian machines are no longer serviced by Western companies. And leasing companies can no longer do business with Russian airlines and have until March 28 to remove their planes from Russia. But at the moment it seems that Russia is simply keeping the planes.

With the sanctions against aviation, the EU is hitting a prestigious area where Russia relies heavily on Western companies, says Ismail Ertug. He is a member of the Transport Commission of the European Parliament. “Three-quarters of the planes that fly in Russia every day come from the West,” says Ertug. “And aviation is important because it brings a lot of internationality to a country.”

More than 500 aircraft affected by the leasing ban

This is not uncommon, leasing is very common in the airline industry. On the one hand, to be able to adjust the size of the fleet in a variable way to the situation of the reserve. On the other hand, replace the high costs of aircraft acquisition with continuous leasing fees. Air Berlin had leased all the planes shortly before bankruptcy. At Lufthansa, the rental fee is between ten and 20 percent.

Retrieving the planes from Russia is likely to be difficult for Western leasing companies. Because most airlines have announced that they simply won’t return their planes. And the state has announced that it will instead register them in Russia. “When the Russian state seizes the planes, it is basically expropriating the leasing companies,” says Elmar Giemulla. As a lawyer and professor, he deals with air traffic law: “If compensation is not paid for it, it is a kind of theft.”

The return of leased aircraft is normally governed by the Cape Town Treaty, which stipulates that the aircraft will be returned at the end of the lease, no matter where they are currently located. “But you can’t rely on that in wartime, I wouldn’t count on it,” says Giemulla. MEP Ismail Ertug also says: “Anyone who breaks international law is also breaking subordinate agreements, and that will not impress Mr Putin.” To get the planes back anyway, the EU has concluded agreements with third countries: if the planes land in these countries, they could be seized there and returned to the lessor. This is said to have already worked in almost 80 cases.

He returned to Moscow without permission

Aeroflot’s flight from Moscow to Cairo in early March shows how difficult it can be. The Airbus A321 is owned by an Irish leasing company and, like many aircraft, is registered in Bermuda for tax purposes. As the plane flies over Georgia, Bermuda withdraws its certification and the lessor reclaims the plane. However, the Egyptian authorities did not arrest him, so the Airbus flew back to Moscow without permission, that is, illegally. Since then it has been used domestically with Russian registration, where the Irish lessor does not have access to the aircraft.

So without the cooperation of the Russian side, these planes are almost impossible to recover. This is a disaster for leasing companies. But if the war drags on any longer, they will have to cancel the machines. This would affect aircraft valued at around ten billion euros, which represent up to ten percent of the value of their fleet for the largest Western lessors. Some insurance companies might step in, but that should take time.

Expert Giemulla advises leasing companies to sue the Russian state for damages in arbitration courts: “Politically, at some point Putin must return to the international community. And then he would do well to pay leasing companies a compensation for this quasi-expropriation”.

The European Union is unlikely to compensate leasing companies: “That’s the business risk when you do business with countries like Russia that are not democracies,” says Ismail Ertug: “I don’t see European taxpayers being burdened by risk. “

When asked, the leasing companies did not comment on how they would get their planes back. They point out that they sanctions wanted to comply, had terminated the contracts with the airlines and were working on the repatriation of the aircraft.

The longer the repatriation takes, the worse the condition of the aircraft. Because Russian aviation is also excluded from the supply of spare parts. “Perhaps some aircraft are used as spare parts depots to keep at least part of the fleet in flight,” says Andreas Hotes, professor of aviation management at Wildau Technical University. “With cars, you would say you cannibalize them.”

Russia may also be able to obtain spare parts in other ways, for example from China. “But I don’t think that’s possible on a significant scale, because that would show,” says Hotes. Chinese companies have little interest in becoming unpopular in the West and also ending up on a sanctions list.

Elmar Giemulla can imagine Russia illegally acquiring counterfeit parts. However, these generally do not meet security requirements. “Even if the war was over in a few months, as the owner I don’t know what happened to the plane in the meantime,” says Giemulla. “There’s the question of whether I want to get it back.”

The exclusion of spare parts could also become a problem for aircraft owned by Russian airlines in the long run, Giemulla says: “If counterfeit spare parts are installed, Russian airlines will never be trusted. Then they will also be blacklisted if the war ends.” “. A long time ago”.