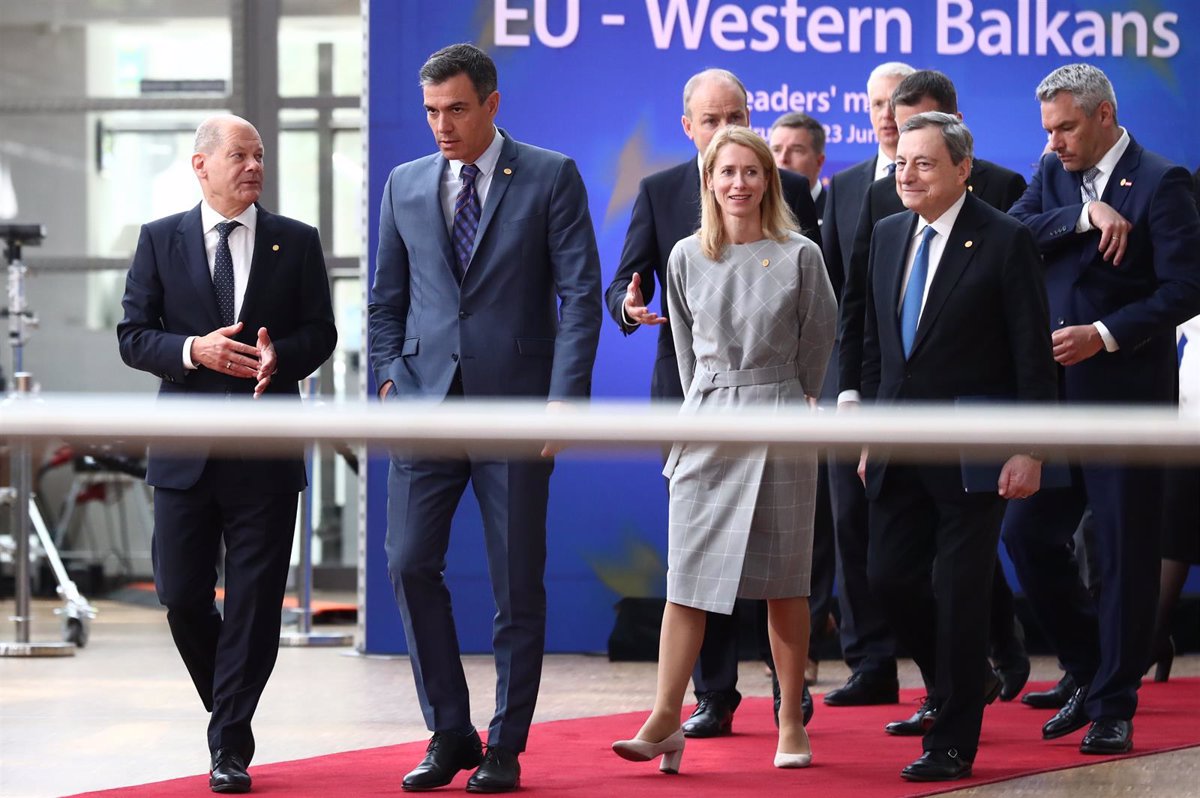 Prime Minister Pedro Sánchez has described as “historic” the decision that the 27 will take to give candidate status to Ukraine and Moldova, which Spain supports but has opted for reviving enlargement process in the countries of the western Balkans.

Sánchez attended the meeting of EU leaders with those of this last region this morning in Brussels and will do so this afternoon at the European Council, which will give the green light to grant Ukraine candidate status to Moldova.

In this sense, he defended that this Council has “extraordinary importance for the present and the future of Europe” and can even be described as “historic”.

The President has indicated that the government “looks positively” on the Brussels proposal to grant status to Ukraine and Moldova, albeit with some conditions, and “we will support these candidatures”.

“We will also defend that we must not lose the European perspective of an area like the Western Balkans,” he added. In this sense, he has opted for the “reactivation, revitalization and revitalization of the enlargement process” for the countries of this region.

Currently, Serbia and Montenegro have already started EU accession negotiations, while Albania and North Macedonia have the status of candidate countries for 8 and 17 years, respectively, but have not started negotiations yet.

In this sense, Sánchez has put forward that “Spain will be in favor if this extension can finally take place”. Likewise, he explained that some leaders are also “publicly saying that the candidate’s condition must also be transferred to Bosnia.”

“The Spanish government also sees this proposal with good eyes,” he said, emphasizing that he was “constructive, as always,” about this debate.

On the other hand, he emphasized that both the EU and the NATO summit next week in Madrid will once again show the “unity” of both the allies and the Europeans in the “rejection and condemnation of Putin’s brutal aggression in Ukraine” and in solidarity with of Ukraine from an economic, military and humanitarian point of view.

- Advertisement -
Share
Facebook
Twitter
Pinterest
WhatsApp
Previous article79% of university students were enrolled in a bachelor’s degree in the past year, 15.3% in a master’s degree and 5.5% in a doctorate
Next articleThe EP approves a one-year extension of the ability to travel unrestrictedly with the Covid certificate