Sánchez speaks with Biden about the NATO summit in Madrid, “a historic event” to strengthen unity and cohesion 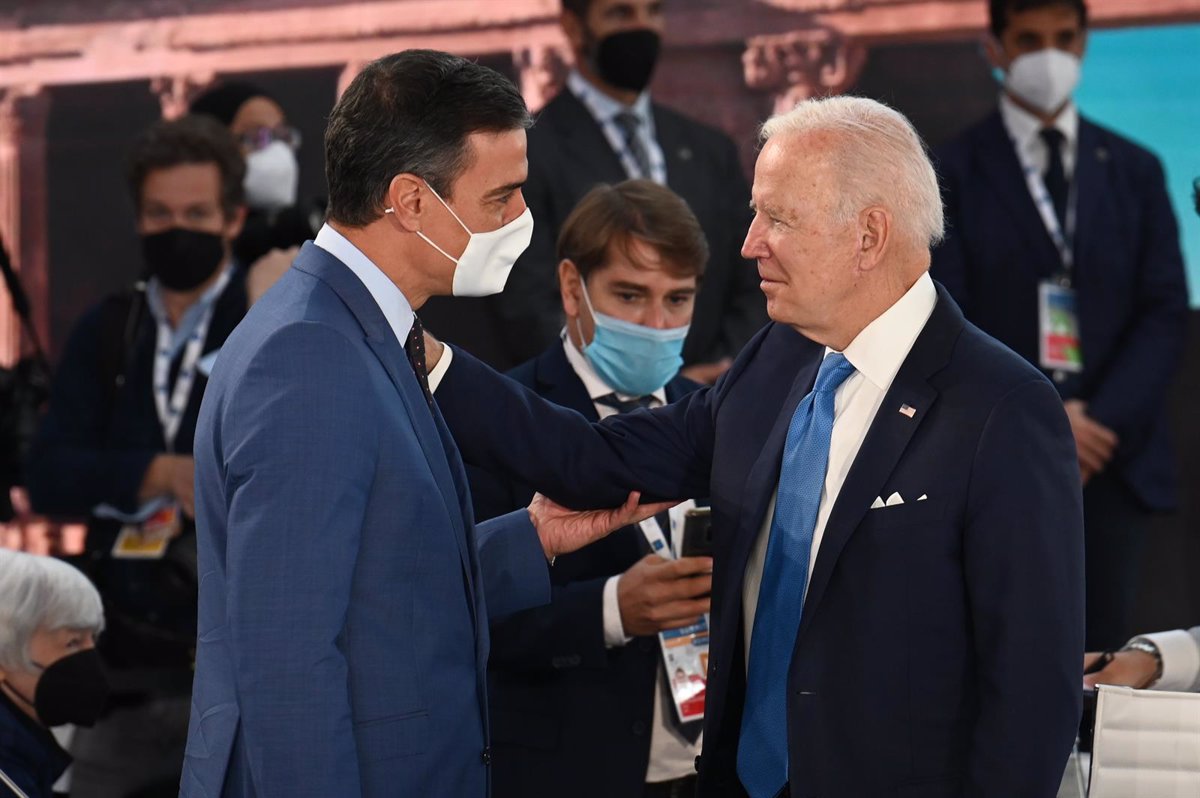 The Chief Executive, Pedro Sánchez, spoke this Tuesday with the President of the United States, Joe Biden, on the holding of the NATO summit in Madrid on the 29th “the unity and cohesion” of the Atlantic Alliance.

“I have just spoken to President Biden about the next Madrid Summit, a historic event in which the Alliance will strengthen its unity and cohesion in defense of democracy and freedom,” Sánchez wrote in a message from Europe collected on the Twitter social network Press.

The Prime Minister has indicated that Biden “thanked Spain for the effort” to organize the summit, which will entail an unprecedented commitment both in terms of security and in the presence of international leaders and mobility restrictions in the capital with traffic and disruptions in public transport.

Senior sources explained that the phone call lasted twenty minutes and took place at President Biden’s initiative on the eve of the start of his trip to Europe to attend the G-7 and NATO summits in Madrid.

According to Moncloa, the US President “expressed his gratitude for Spain’s efforts to organize this summit at a historic moment marked by Russian aggression against Ukraine” and highlighted “the constructive attitude of the Spanish government” that on the Madrid meeting “concrete results will be achieved in defense of the values ​​that our democratic societies represent”.

The White House confirmed that the President of the United States will travel to Spain on June 28 to attend the next NATO summit, after attending a meeting of G7 leaders in Germany, which also saw the war in Ukraine will be one of the main issues on the agenda.

This appointment will see “allied leaders” endorse a new Strategic Concept that will guide NATO’s transformation over the next decade.” Altogether, between 40 and 50 international delegations at the Heads of State or Government level are expected to attend.