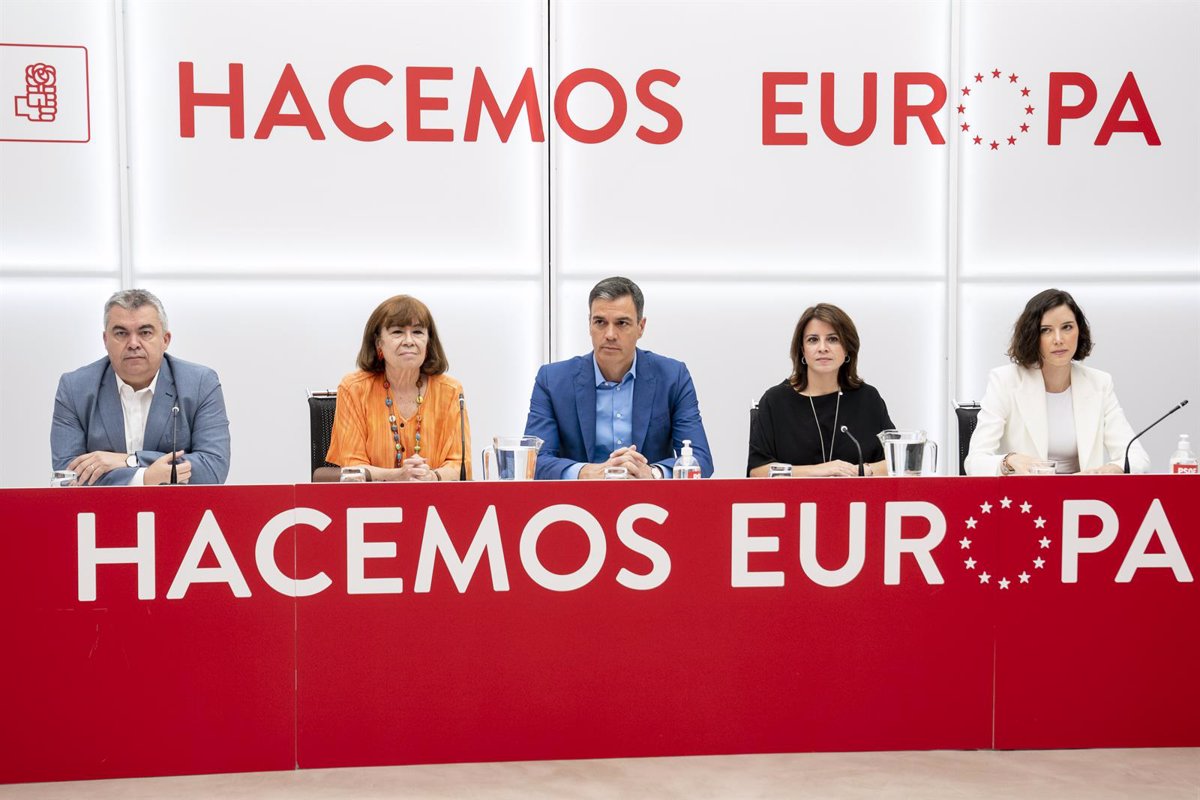 The secretary general of the PSOE, Pedro Sánchez, this Thursday began a reorganization in key positions of the party, which the federal committee will ratify this Saturday. In this way he rewards the secretary of the organization, Santos Cerdán, who keeps his post, promotes the Minister of Education and Training, Pilar Alegría, who will become the new spokeswoman for the party, and entrusts the veteran Patxi López with the role of spokesman The Socialist Group in Congress, after several electoral defeats and the recent surprise in the polls, the PP is about to make a comeback.

Executive sources confirmed to Europa Press that Cerdán will remain secretary of the organization and will be ratified by Sánchez, so he will be strengthened by this renewal process following the resignation of Adriana Lastra, with whom he had an internal confrontation in recent months.. by the power quotas in the party. The Federal Executive also includes the Minister of Culture Miquel Iceta and the Mayor of Corvera (Asturias) Iván Fernández.

The first appointment to be made public was that of MP Patxi López, who will be the new Speaker in the House of Commons to replace Héctor Gómez, a message on Twitter confirmed.

It thus confirms the step forward by a party veteran – the former Lehendakari and President of Congress – which several socialist officials have pointed to in recent days as one of the calls for more responsibility within the party. They highlighted his experience and political capital, which the PSOE should make more use of.

NEED FOR AGREEMENTS IN CONGRESS

“It is an honor and an exciting challenge to assume the post of spokesman for the Socialist Group in Congress,” wrote López, who thanked Prime Minister Pedro Sánchez for his trust. López has assured that he will work “from dialogue” to “reach agreements that protect the middle and working classes of this country”.

Minister Alegría then confirmed in the same way that she will be the new spokesperson for the Federal Executive Commission, a position previously held by Felipe Sicilia – very close to Lastra. Already a member of the executive branch, Alegría has now been promoted to a key position in party communications.

“Thank you Pedro Sánchez for trusting me to act as spokesperson for the PSOE. It is an honor to be the voice of this great party,” said the one who was government delegate in Aragon between February 2020 and July 2021, when she was appointed minister.

With these changes, Sánchez wants to give the party a boost given the new political course and the start of the new electoral cycle in less than a year. She will therefore try to herald the comeback of the PP after suffering important defeats in the last regional elections in Andalusia, Castilla y León and Madrid and turning the polls in favor of Alberto Núñez Feijóo who has already placed above Sánchez.

The last barometer conducted by the Sociological Research Center (CIS) in July also placed the PP as the first force above the PSOE for the first time.

Finally, the Minister of Culture and Sport, Miquel Iceta, who replaces Patxi López, and Iván Fernández, who was previously Deputy Secretary General for Political and Institutional Actions of the FSA, will also join the Executive, PSOE and Mayor of Corvera (Asturias). ).

Fernández will be the new secretary for the Toledo Pact and Social Inclusion, according to executive branch sources, replacing Juan Francisco Serrano Martínez, who is likely to become an associate of Santos Cerdán. All changes will become official this Saturday, July 23 during the committee’s celebrations