Sánchez praises Montenegro’s principles and commitment to EU accession: “It must be the example of the Balkans” 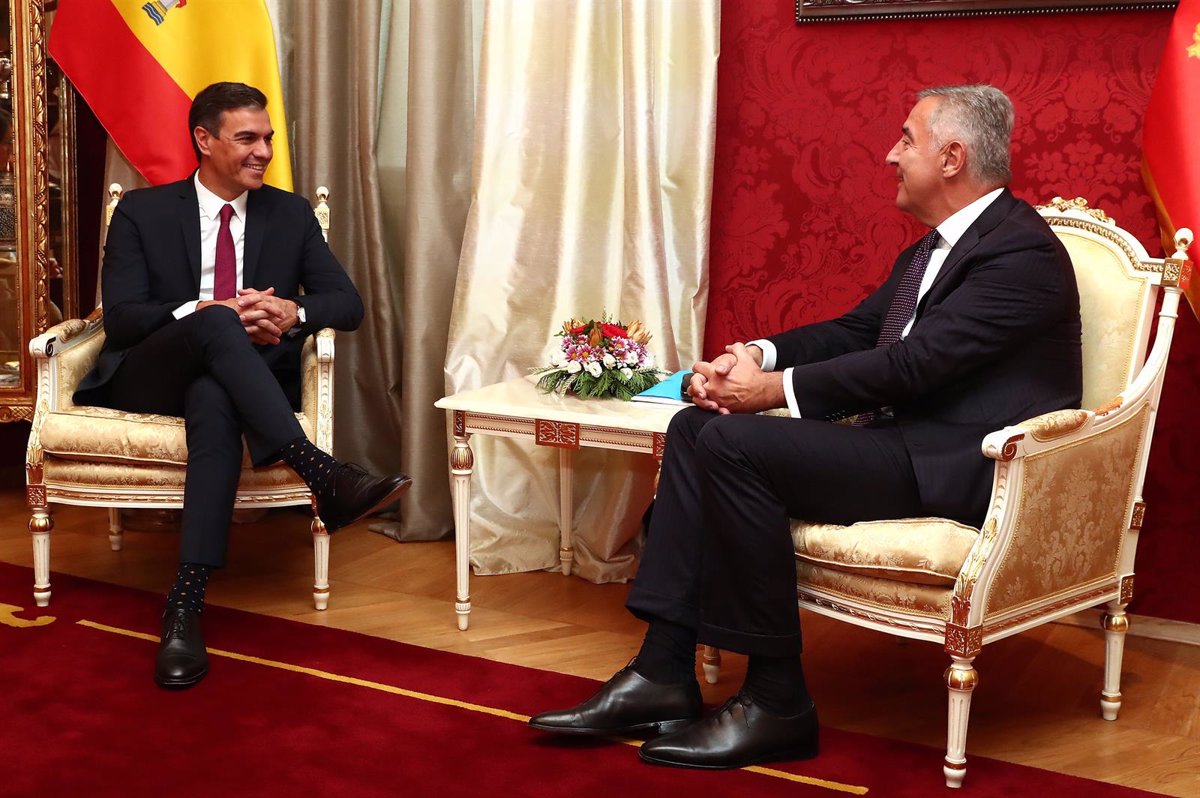 Prime Minister Pedro Sánchez this Sunday showed his support for Montenegro in its accession process to the European Union, praising “its firm commitments and efforts towards it” and implying that this country must be the great example of integration for the Western Balkans as long as it closes committed to European reforms.

This was said after a meeting with the Prime Minister of Montenegro, Dritan Abazovic, in that country. The main objective of the meeting, as both heads of state stated, was to convey the commitment to closeness between the two states and to demonstrate Spain’s commitment to Montenegro’s accession to the EU.

“We are committed to Europeanism. We don’t let the consequences of the Russian war go unnoticed in this country, because we also experience the damage every day in Spain. For this reason, I would like to underline the value of the Montenegrin alignment.” EU, which has been exemplary, and we share firm principles,” he assured.

Sánchez recalled that Spain’s accession to the EU in 1986 “represented a major modernization step” that he would like to share with Montenegro and the rest of the Western Balkans. “Many of the answers to the uncertainties lie in the unity of the actions of the countries that feel European, and in this situation Montenegro’s position is unbeatable to move forward quickly,” he defended.

Regarding economic and trade relations between Spain and Montenegro, both leaders have acknowledged that there is room for improvement. In this sense, Sánchez addressed during the meeting the great potential for growth in the tourism sector and in sectors such as infrastructure.

“In Spain you will always find closeness, friendship and support. I stress that it doesn’t matter how far we are, but how close we feel. And in the face of this war in Europe, unity will always make us stronger,” underlined he.

The meeting was also used to announce that Spain will open a “diplomatic antenna” in Podgorica (Montenegro) by sending an official who will reside permanently in that city in order to intensify trade relations with the Balkan country, according to Sánchez.

After that trip, the government will send Manuel Durán to Podgorica, a diplomatic official who will act as chargé d’affaires and report to the Belgrade embassy, ​​according to Moncloa sources.